Nets without Acy in matchup with Pistons 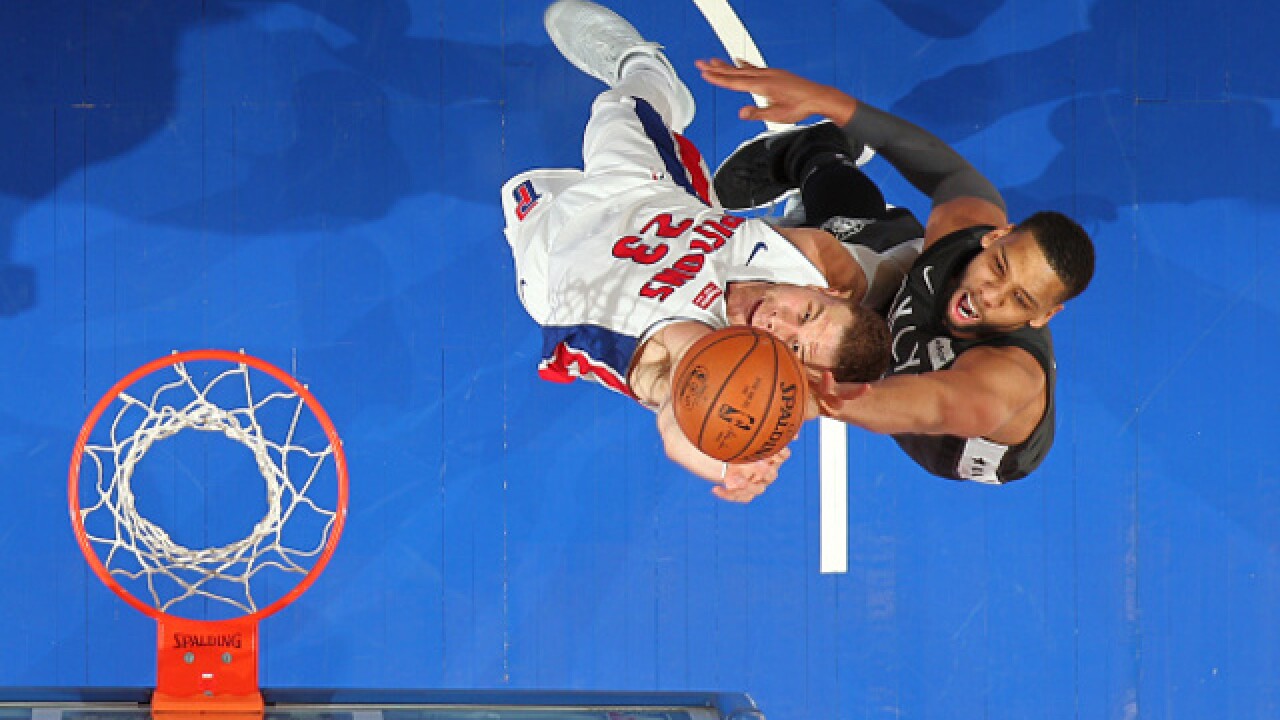 Copyright 2018 Scripps Media, Inc. All rights reserved. This material may not be published, broadcast, rewritten, or redistributed.
Brian Sevald
DETROIT, MI - FEBRUARY 7: Blake Griffen #23 of the Detroit Pistons and Jahlil Okafor #4 of the Brooklyn Nets jump for the rebound on February 7, 2018 at Little Caesars Arena, Michigan. NOTE TO USER: User expressly acknowledges and agrees that, by downloading and/or using this photograph, User is consenting to the terms and conditions of the Getty Images License Agreement. Mandatory Copyright Notice: Copyright 2018 NBAE (Photo by Brian Sevald/NBAE via Getty Images)

Quincy Acy sat out the Brooklyn Nets' game Wednesday night at Detroit because of a sprained right middle finger.

The Nets also were without Caris LeVert, who was evaluated for a possible concussion after being knocked out of Tuesday night's game against Houston by a pick by Nene.

The Pistons are still without point guard Reggie Jackson, who is sidelined because of a sprained right ankle.

Brooklyn coach Kenny Atkinson said before the game that LeVert was still being evaluated. He is also listed with a sprained right knee.