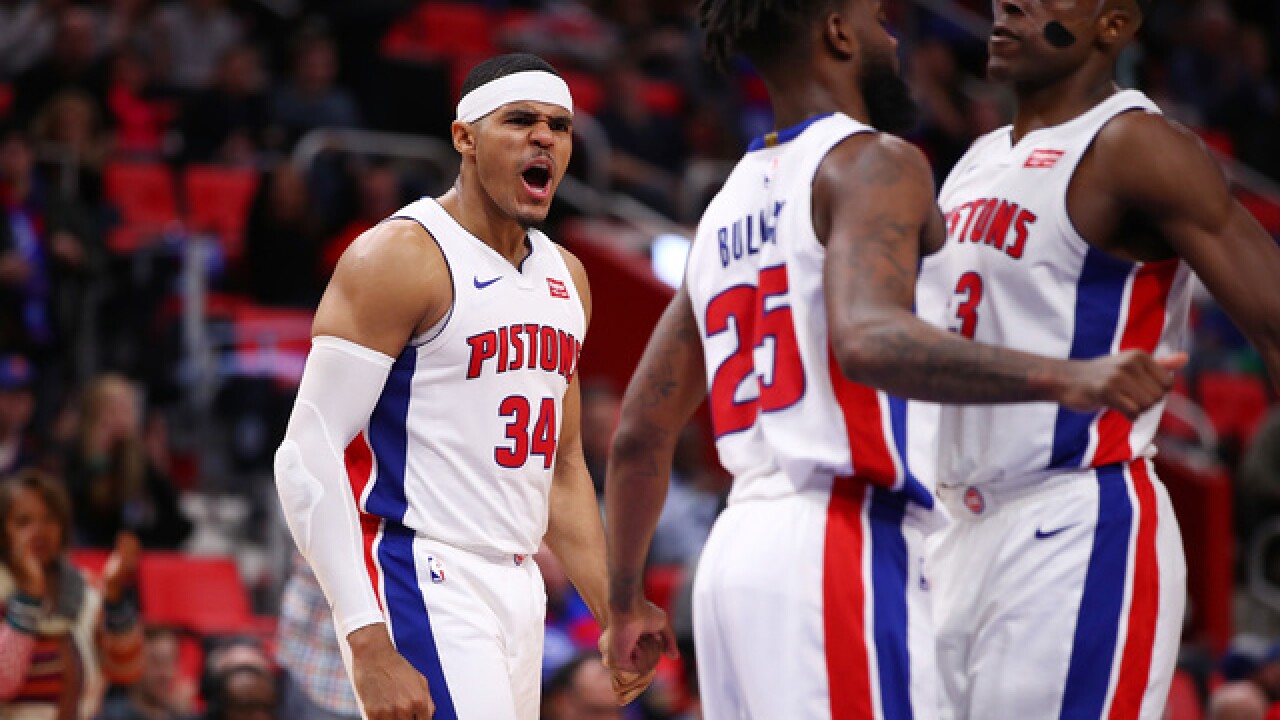 2017 Getty Images
Gregory Shamus
<p>DETROIT, MI - DECEMBER 22: Tobias Harris #34 of the Detroit Pistons reacts to a 104-101 win over the New York Knicks at Little Caesars Arena on December 22, 2017 in Detroit, Michigan. NOTE TO USER: User expressly acknowledges and agrees that, by downloading and or using this photograph, User is consenting to the terms and conditions of the Getty Images License Agreement. (Photo by Gregory Shamus/Getty Images)</p>

The win gave the Pistons a 3-1 decision in the season series between the two teams, the first time Detroit had won the season set from Indiana since going 4-0 against the Pacers in 2007-08.

Harris scored 21 points in the first quarter as the Pistons raced to a commanding 40-19 lead.

The Pacers never led and didn't come closer than an eight-point deficit after Detroit's first-quarter onslaught.

Pacers: Indiana's Nate McMillan (539) and Detroit's Stan Van Gundy (503) are two of six active NBA head coaches with 500 or more wins in the league. ... Pacers G Victor Oladipo has been the team's leading scorer in each of the last six games. "This is the first time he's really gotten the chance to sort of be the guy where the ball is in his hands all the time," Van Gundy said of Oladipo. "He's taken advantage of it."

Pistons: Guard Reggie Jackson was helped off the court after injuring his right ankle midway through the third quarter. He did not return. ... G Avery Bradley (sore right groin) should be back in action for Detroit's Jan. 3 game in Miami against the Heat. ... There's no timetable regarding F Jon Leuer (left ankle sprain). Leuer has resumed shooting but is not yet taking jump shots.

Pacers: Travel to Orlando to face the Magic on Thursday.

Pistons: Play host to the Dallas Mavericks on Wednesday.