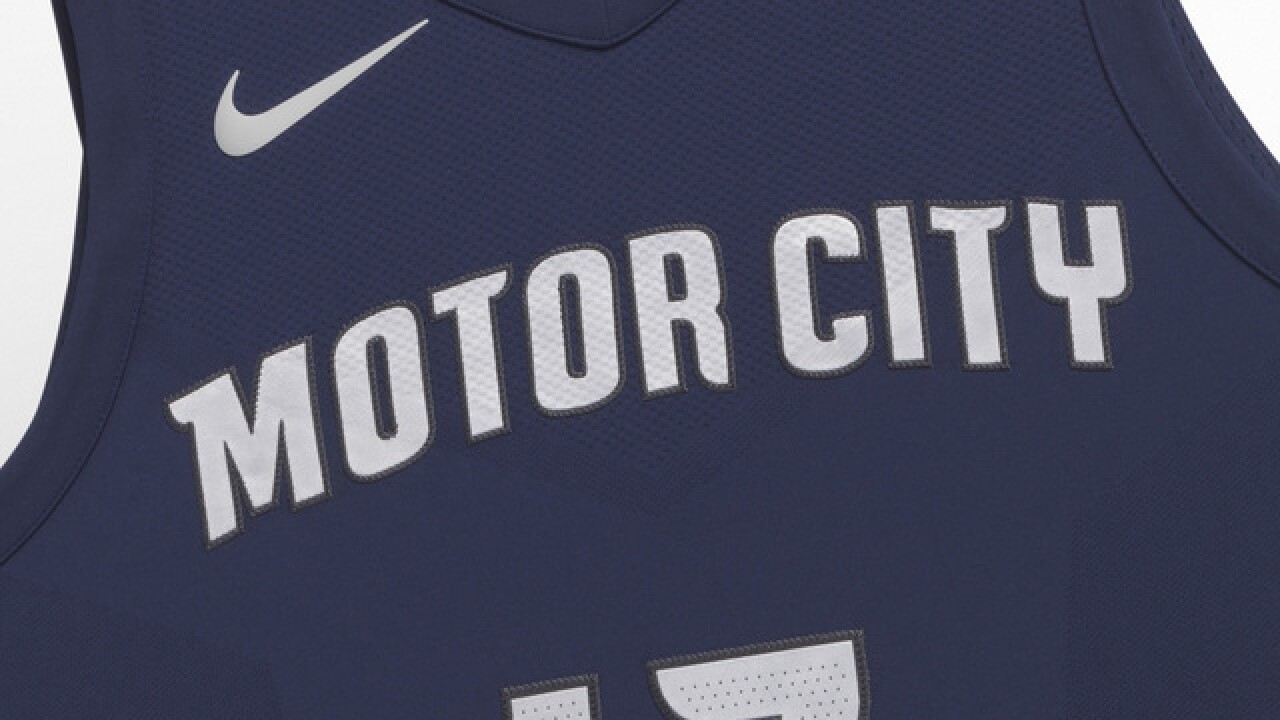 Copyright 2017 Scripps Media, Inc. All rights reserved. This material may not be published, broadcast, rewritten, or redistributed.
Jim Golden

The Detroit Pistons unveiled their Nike City Edition "Motor City" uniforms that will be worn during nine games throughout the 2017-18 regular season.

The uniforms will debut on Jan. 30 during the game against the Cleveland Cavaliers.

Created by Nike in collaboration with the Pistons and NBA, the uniforms include "Motor City" featured across the chest and a "D" logo on the waistband as a nod to the team's move back to the city.

Motor City uniforms will be worn on the following dates:

Motor City jerseys will be available for purchase by visiting the team's online merchandise store, and at Little Caesars Arena, beginning in February.