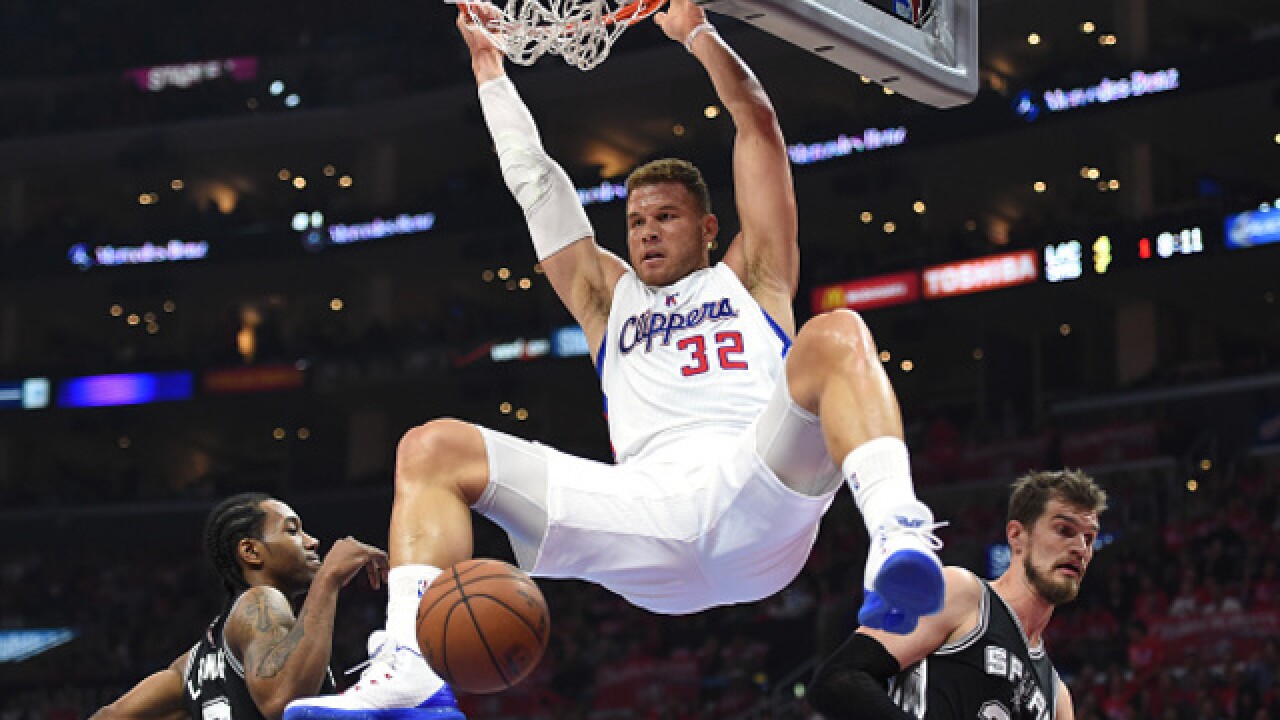 Copyright 2018 Scripps Media, Inc. All rights reserved. This material may not be published, broadcast, rewritten, or redistributed.
Harry How
<p>LOS ANGELES, CA - APRIL 22: Blake Griffin #32 of the Los Angeles Clippers dunks between Kawhi Leonard #2 and Tiago Splitter #22 of the San Antonio Spurs during the first half of Game Two of the Western Conference quarterfinals of the 2015 NBA Playoffs at Staples Center on April 22, 2015 in Los Angeles, California. NOTE TO USER: User expressly acknowledges and agrees that, by downloading and or using this Photograph, user is consenting to the terms and condition of the Getty Images License Agreement. (Photo by Harry How/Getty Images)</p>

A person with knowledge of the deal says the Detroit Pistons are finalizing a trade to acquire star forward Blake Griffin from the Los Angeles Clippers.

The person spoke Monday night on condition of anonymity because the trade has not been announced. The Pistons would send forward Tobias Harris, guard Avery Bradley and center Boban Marjanovic to Los Angeles, with the Clippers also receiving draft picks. Detroit also would receive forward Brice Johnson and center Willie Reed.

Griffin is averaging 22.6 points, 7.9 rebounds and 5.4 assists in 33 games this season, but the Clippers have been plagued by injuries and were ninth in the West standings as of Monday night.

Detroit's playoff hopes have dipped as well. The Pistons have lost eight straight heading into Tuesday night's game against Cleveland.