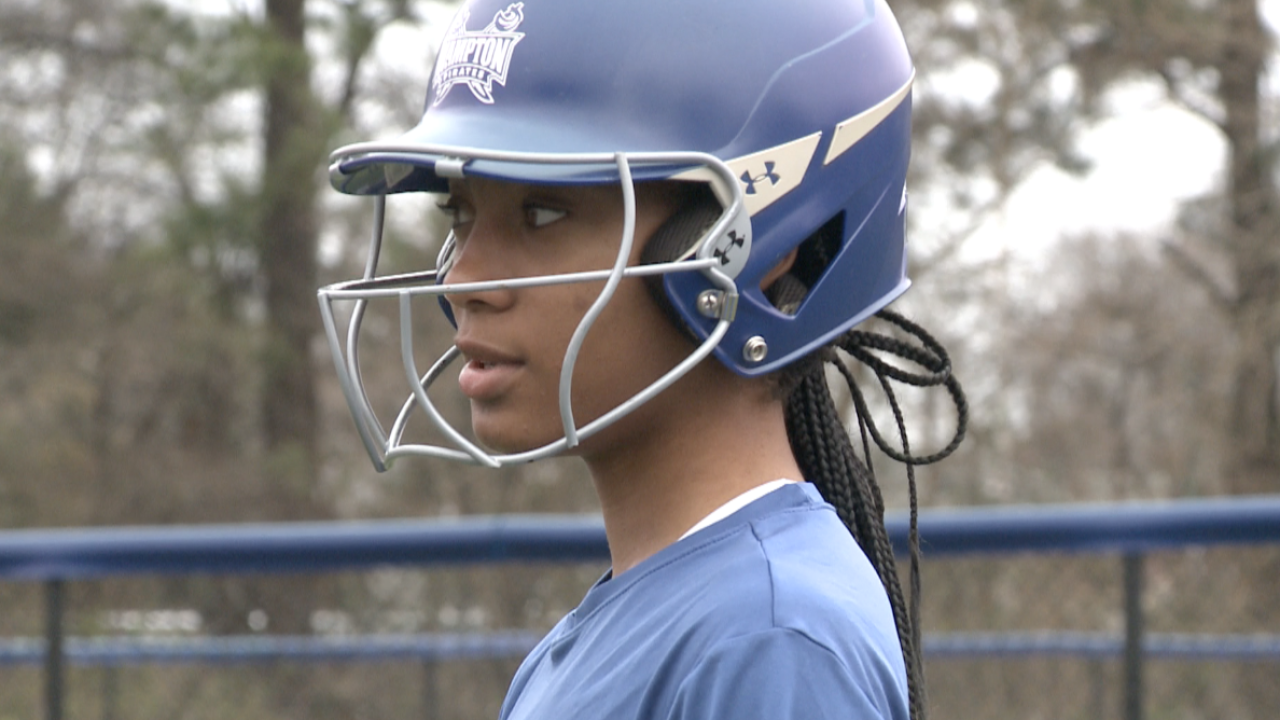 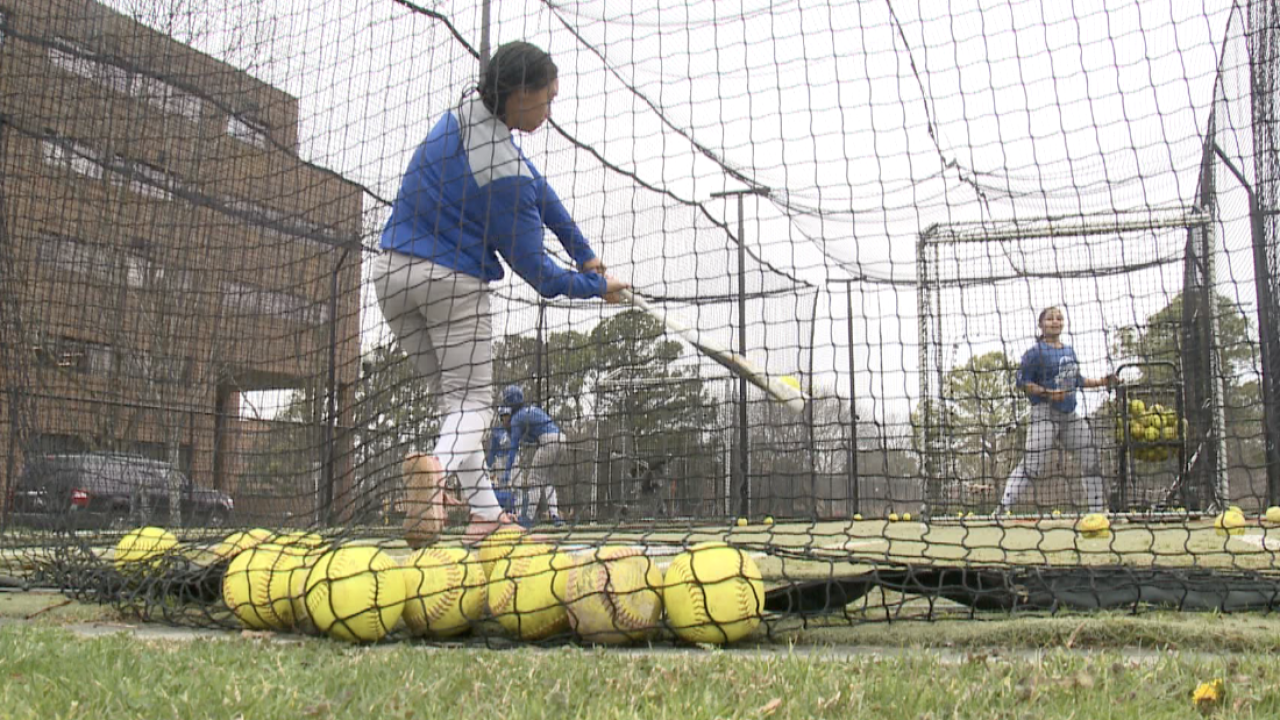 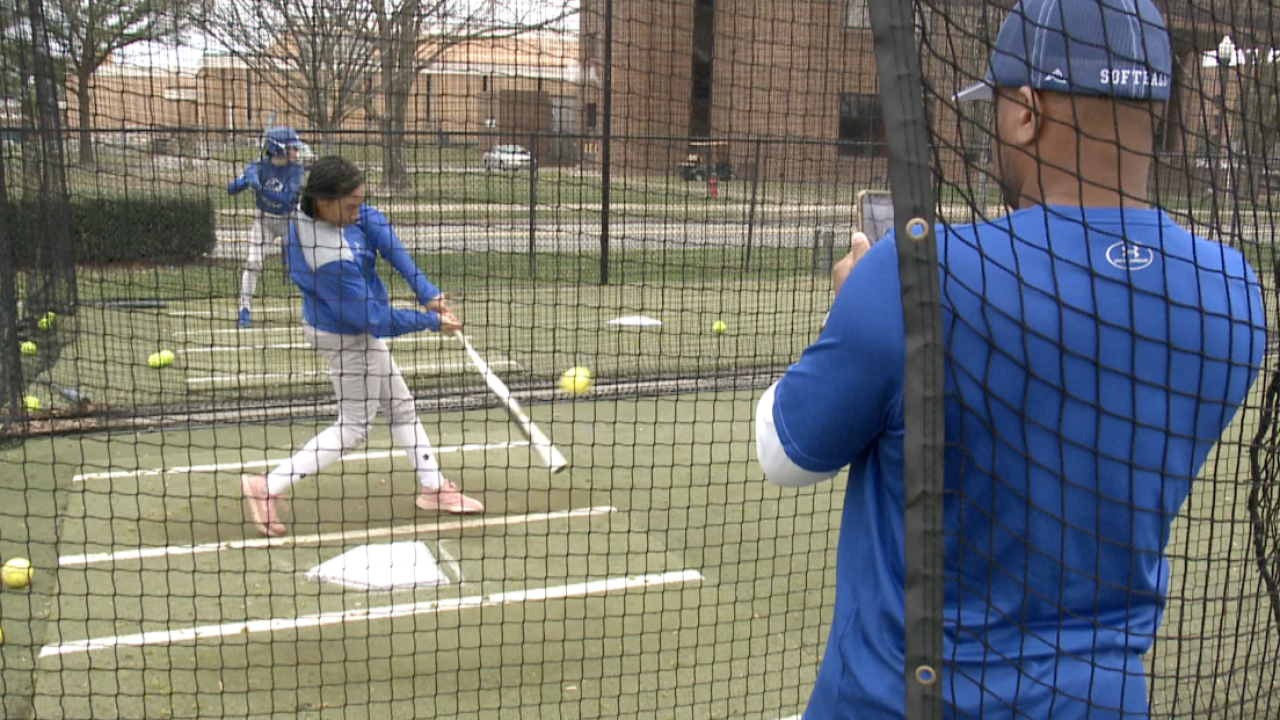 HAMPTON, Va. - Hampton University's Mo'ne Davis took the country by storm in 2014, becoming the first girl to pitch a shutout in Little League World Series history. That performance led to another historic moment when Davis became the first Litte Leaguer to be featured on the cover of Sports Illustrated.

Due to the stardom Davis experienced after making headlines as a 13-year-old, there was a lot of excitement when she decided to play softball at Hampton.

“When everyone found out she was coming it was kind of a cool deal, you know,” Hampton head softball coach Angela Nicholson said.

Although, the position that earned her fame more than five years ago is now in the past for Davis.

In fact, she won't even pitch to her teammates during practice, even though they ask to hit off her "like every day," Nicholson said.

As a 13-year-old baseball player, Davis was pitching as fast as 70 miles per hour, but now she utilizes that arm strength at middle infield.

“I wanted to keep hitting so I was like I'm just gonna play an field position," Davis said.

“Her transition and her glove work is phenomenal, and that’s where you see the baseball side of things,” Nicholson said.

The transition, early on, was accompanied with some uncertainty by the Pirates. The team was unsure what to expect from someone who experienced stardom at such a young age.

“I thought the kid was gonna be arrogant or cocky, but it was complete opposite," Nicholson said. "If you didn’t know who she was it would never come out. She doesn’t speak of it. She just wants to be a normal everyday person.”

“From the moment she stepped on campus she’s worked harder than everybody," Hampton pitcher Emily Workman said. "She just always gives it 110 percent.”

Davis made her Pirates debut on Sunday, going 1-for-3 with a two-run single in Hampton's season opener against North Carolina A&T. The Pirates take the field again on Friday in Greenville, North Carolina, where they'll face George Washington University.

This article was written by Megan Plain for WTKR .