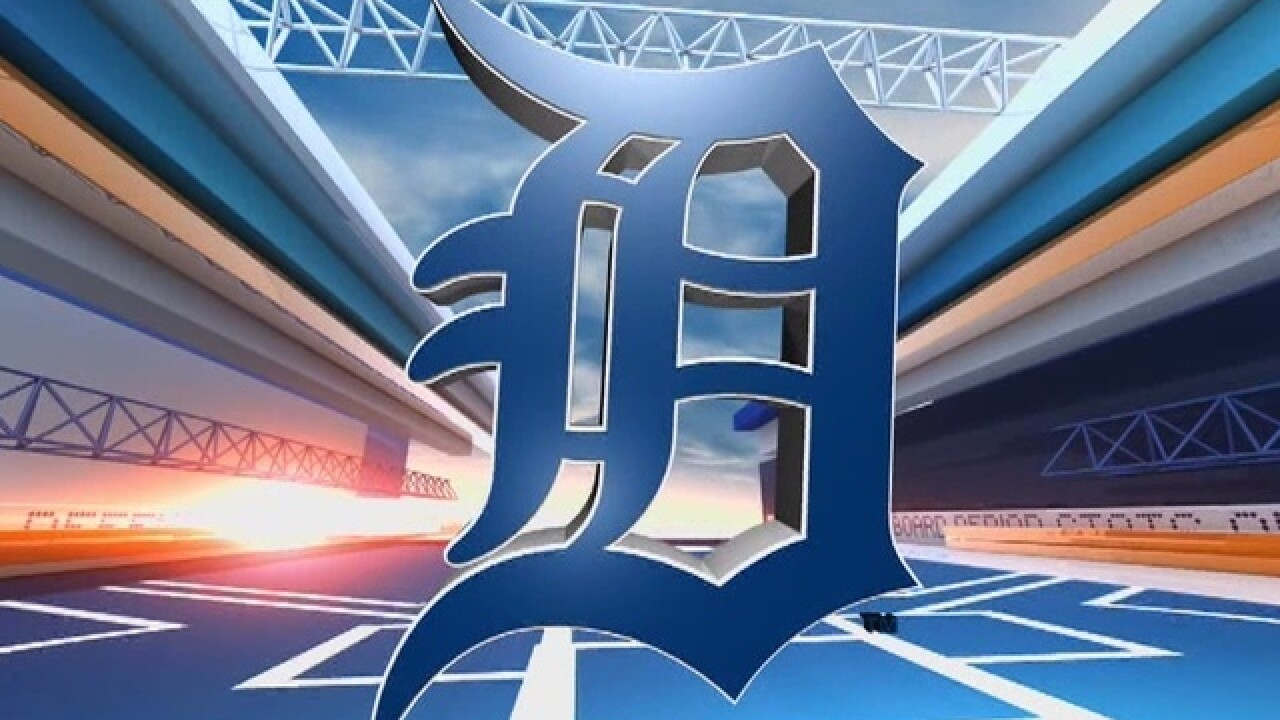 Tyler Austin looked pretty comfortable in his debut with the Minnesota Twins.

Austin was acquired in the July 30 trade that sent Lance Lynn to the New York Yankees. The 26-year-old Austin, who hit .223 with eight homers in 34 games for the Yankees before the move, was recalled from Triple-A Rochester on Friday.

"He looks like a modern-day player — his first three times up were a walk, a strikeout and a homer," manager Paul Molitor said. "That's what today's game seems to be about."

Austin connected on a Francisco Liriano slider in the fifth.

"My first time up he threw me some good changeups, and I swung through them," he said. "I swung through another changeup on 2-0, but he left a slider over the plate on 2-1 and I put a good swing on it."

Minnesota improved to 2-4 on its seven-game trip. Gibson (6-9) allowed one run and seven hits, struck out four and walked two.

"The defense played great," Gibson said. "My fastball command was a lot better tonight, and that means more balls in play. They really picked me up when I needed them."

Detroit lost for the seventh time in eight games. Liriano (3-7) allowed three runs and six hits in five innings while dropping to 0-6 in his last 13 outings.

"Every time I feel like I'm getting into a rhythm, I'll walk a couple guys or make a couple bad pitches and it gets away from me," he said. "I've got to find a way to stay focused on the next pitch instead of getting frustrated when I make a mistake."

The Tigers rallied in the ninth against Trevor Hildenberger, who got a chance to close after Fernando Rodney was traded to Oakland on Thursday.

Victor Martinez led off with a walk, and Niko Goodrum followed with a drive to right for his 12th homer. Jim Adduci then singled, but James McCann struck out looking, rookie Victor Reyes flied out, and JaCoby Jones struck out for the third time.

"We needed one more hit, and we just couldn't get it," Detroit manager Ron Gardenhire said. "Mac had a great at-bat, but they got him on the 3-2 pitch, Victor hit the ball hard but right at someone, and then they get the strikeout to end it."

It was Hildenberger's first save of the year and the second of his career, both coming at Comerica Park.

The Tigers jumped in front on McCann's RBI single in the second but didn't score again off Gibson.

"I've known Gibby for a long time, and you can really see how he has learned to pitch," said Gardenhire, who managed the Twins in Gibson's first two seasons. "We've got a lot of young hitters, and he took advantage of them."

The Twins tied it in the third when Eddie Rosario scored on Liriano's wild pitch.

Austin's ninth homer gave the Twins a 3-1 lead, and Rosario's RBI double off Zach McAllister put Minnesota ahead by three in the sixth.

Goodrum's homer was his second in as many days and his third of the season against Minnesota. Goodrum, who was drafted by Minnesota in 2010 and made his major league debut with the Twins last season, is hitting .320 with eight RBIs in 25 at-bats against them this season.

Before Sunday's series finale, the Tigers will retire the No. 47 of newly inducted Hall of Famer Jack Morris. Morris won World Series championships with three teams, including the Tigers and Twins, and will be the ninth player to have his jersey retired by Detroit. Alan Trammell, who also went into the Hall of Fame this year, will have his No. 3 retired on Aug. 26.

"It will be an honor to be here, because I was a coach in Minnesota when Jack helped us win in 1991, and we are great friends," Gardenhire said. "The fans here adore him, and so do the fans in Minnesota."

The teams finish their three-game series with Detroit's Matthew Boyd (6-10, 4.33 ERA) facing Kohl Stewart, who will be making his major league debut for the Twins.