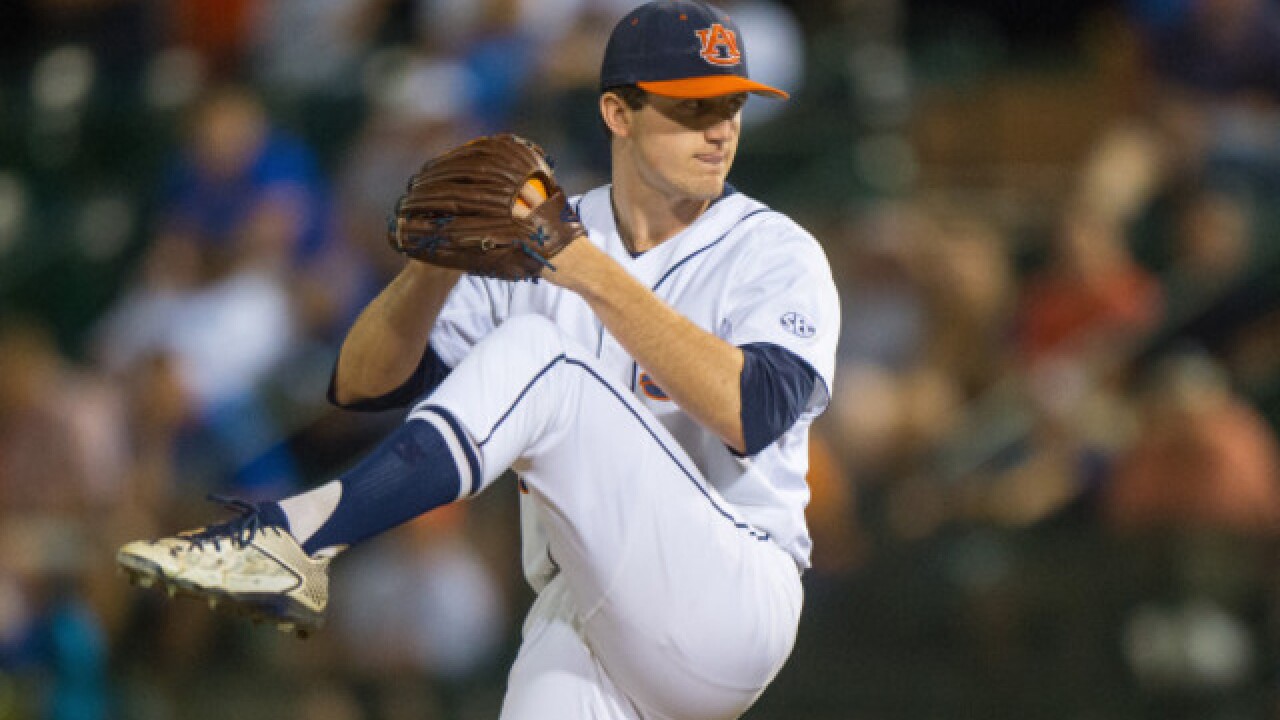 SECAUCUS, N.J. (AP) -- The Detroit Tigers have selected Auburn right-hander Casey Mize with the No. 1 pick in the Major League Baseball draft.

The announcement Monday night at MLB Network studios marks the second time the Tigers have led off the draft, and first since they took Rice pitcher Matt Anderson in 1997.

The 6-foot-3, 220-pound Mize had long been linked to the Tigers, and he pitched his way this season to the top spot on Detroit's list. Mize went undrafted out of high school three years ago, but developed into a potential big league ace while in college.

Mize is 10-5 with a 2.95 ERA and 151 strikeouts with just 12 walks in 109 2/3 innings while helping the Tigers to the NCAA Tournament super regionals. Mize has solid command of four pitches, including a fastball that hovers in the mid-90s (mph). His outstanding command and wicked split changeup whip up lots of swings and misses.