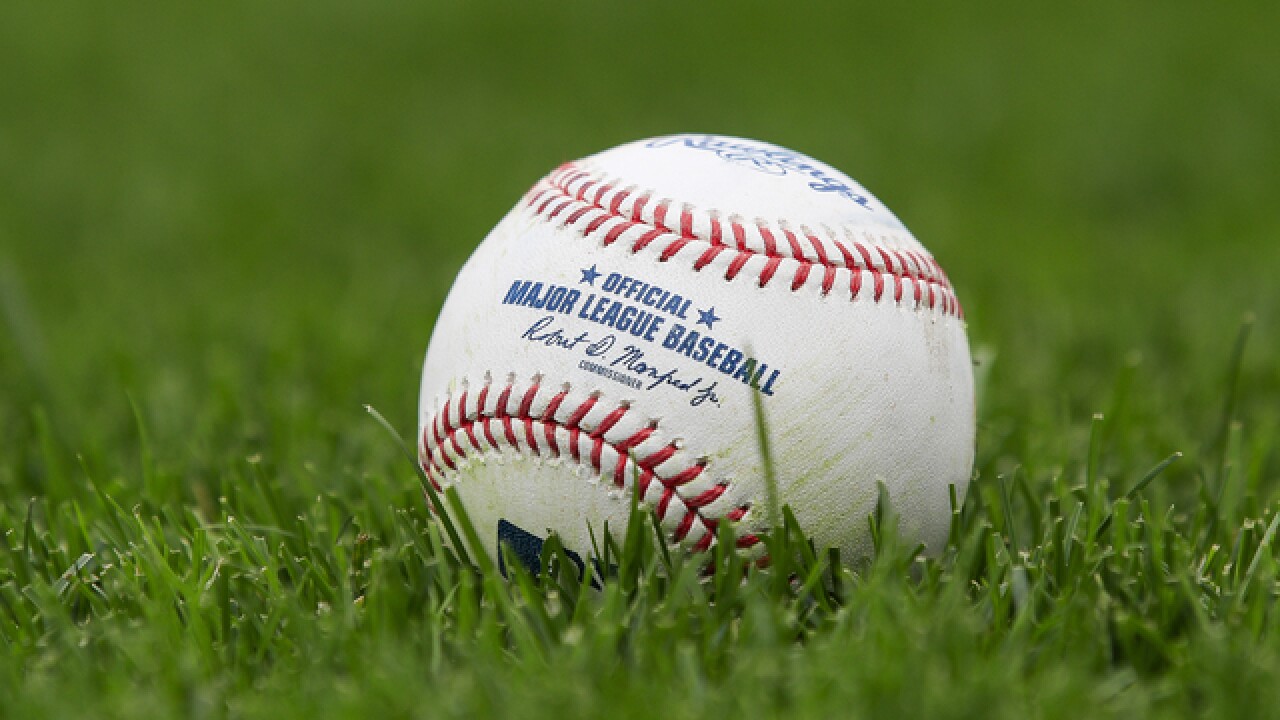 2017 Getty Images
Brian Davidson
<p>KANSAS CITY, MO - SEPTEMBER 27: A baseball sits on the field before the game between the Detroit Tigers and the Kansas City Royals at Kauffman Stadium on September 27, 2017 in Kansas City, Missouri. (Photo by Brian Davidson/Getty Images)</p>

Jake Junis took a shutout into the eighth inning, and the Kansas City Royals beat the Detroit Tigers 1-0 on Tuesday for their first victory of the season.

On a chilly, rainy day — with snow a possibility on Wednesday — the Tigers and Royals breezed through nine innings in 2 hours, 17 minutes. Jorge Soler, who still doesn't have a major league hit since July 2, drove in the game's only run with a sacrifice fly in the second.

Junis (1-0) allowed three hits in seven-plus innings. The 25-year-old right-hander walked one and struck out six before being lifted following Mikie Mahtook's leadoff single in the eighth.

Justin Grimm finished that inning, and Kelvin Herrera struck out two in a perfect ninth for his first save.

Matthew Boyd (0-1) was sharp for the Tigers, allowing a run and four hits in six innings.

The only run came after Cheslor Cuthbert led off the second with a flare that dropped over first baseman Miguel Cabrera and bounced down the line. By the time Cabrera retrieved the ball, Cuthbert had a double. He went to third on a flyout and scored on Soler's flyball.

Soler went 0 for 2 and is hitless in his last 31 at-bats in the majors.

Cabrera struck out with two on in the third, and the Tigers missed a scoring chance in the fourth when James McCann hit what looked at first like a clean line drive up the middle. Second baseman Whit Merrifield was shifted over, however, and made the catch — then doubled Nicholas Castellanos off first.