Castellanos has 5 hits, 5 RBIs in Tigers win over White Sox 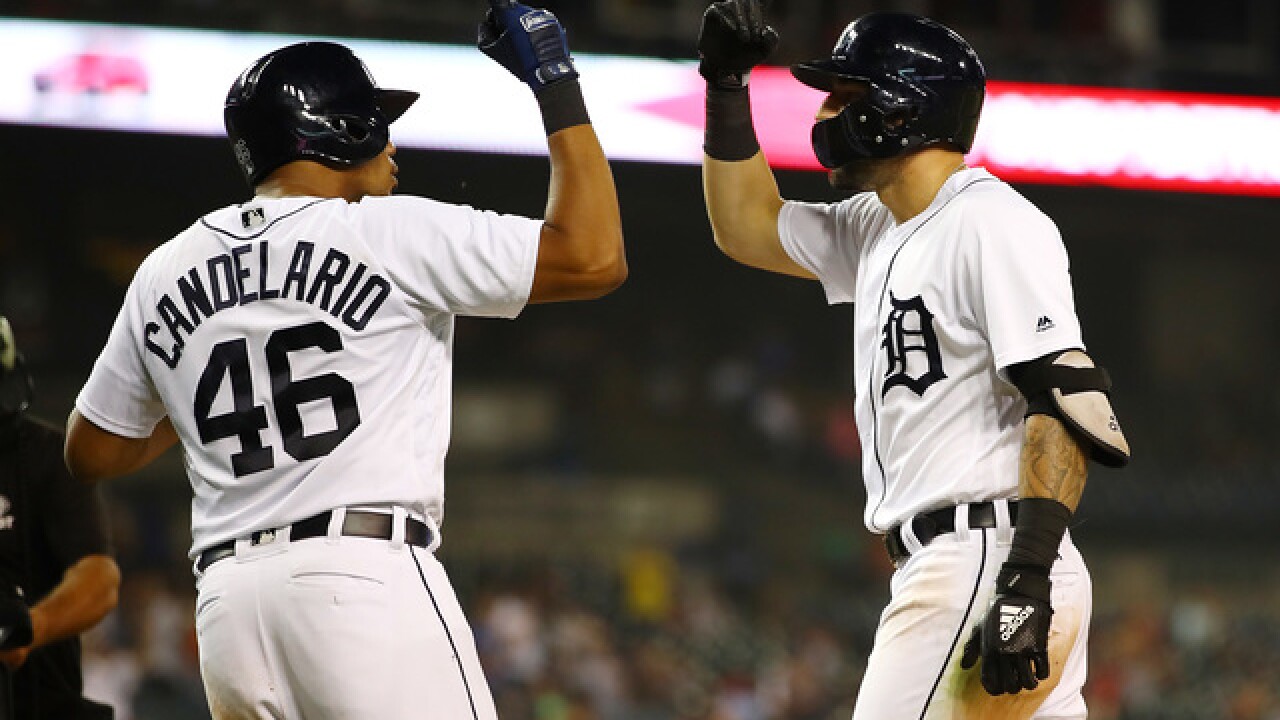 Nicholas Castellanos had a career-high five hits, including a go-ahead homer in the seventh inning, and drove in five runs as the Detroit Tigers beat the Chicago White Sox 9-5 on Monday night.

Castellanos singled in the first, doubled and scored in the fourth, hit an RBI double in the fifth and hit a two-run home run off Jeanmar Gomez (0-1) in the seventh. It was the sixth five-RBI game of his career, including one against the White Sox on June 16.

Castellanos came up again in the eighth with the bases loaded and two outs, needing a triple for the cycle, but settled for a two-run single that put the Tigers ahead 9-5.

Louis Coleman (4-1) got the win with a scoreless inning of relief. The Tigers are 9-1 against the White Sox this season.

Detroit is 3-1 since returning from a winless six-game road trip. Chicago has lost six of seven.

It was 4-4 when Castellanos lined his 17th homer into the Tigers bullpen with one out in the seventh.

Adam Engel made it 6-5 with a homer off Alex Wilson in the eighth, but Victor Reyes restored the two-run lead with an RBI single in the bottom of the inning before Castellanos' fifth hit.

Chicago took a 3-0 lead in the third.

Engel led off the inning with a double, Lewicki hit Nicky Delmonico and Yolmer Sanchez put down a bunt single to load the bases with no one out. Jose Abreu made it 1-0 with a sacrifice fly, and Daniel Palka followed with an RBI single. Avisail Garcia drove home the third run with another sacrifice fly.

Jeimer Candelario's sacrifice fly made it 3-1 in the bottom of the third, and Victor Martinez's RBI double in the fourth scored Castellanos.

The Tigers took the lead with two runs in the fifth. After loading the bases with no one out, Jose Iglesias hit into a double play to make it 3-3, and Castellanos followed with an RBI double.

Omar Navarez led off the sixth with a homer off Drew VerHagen to make it 4-4, and the White Sox started the seventh with back-to-back singles, but Coleman got out of the jam with a shallow fly ball and a double play.

TRAINER'S ROOM
Tigers: CF JaCoby Jones was placed on the 10-day disabled list with a strained right hamstring, and OF Mikie Mahtook was recalled from Triple-A Toledo. Mahtook started Monday's game in left field. ... RHP Michael Fulmer, who has been sidelined since July 20 with an oblique strain, will make a rehab start for Single-A Toledo on Tuesday or Wednesday.