Angels get 2B Ian Kinsler from Tigers for 2 minor leaguers 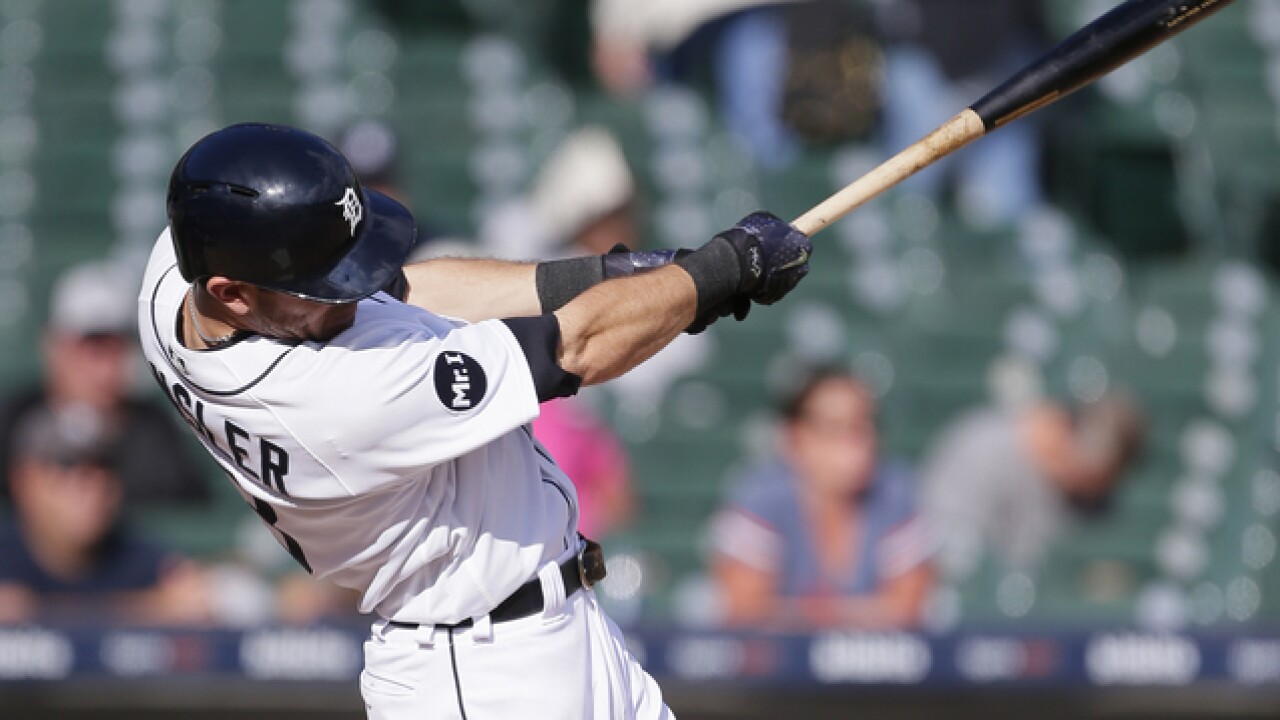 Second baseman Ian Kinsler has been traded from the Detroit Tigers to the Los Angeles Angels for two minor leaguers.

The 35-year-old Kinsler hit .236 with 22 home runs and 52 RBIs in 139 games last season for the rebuilding Tigers, who tied San Francisco for the worst record in the majors at 64-98. He is due to earn $11 million next season in the final year of his contract.

The four-time All-Star and 2016 Gold Glove winner fills a major hole at second base for the busy Angels, looking to construct a playoff team around two-time AL MVP Mike Trout.

After going 80-82 last season to finish second in the AL West, Los Angeles recently landed two-way star Shohei Ohtani, who excelled as both a pitcher and hitter in Japan.