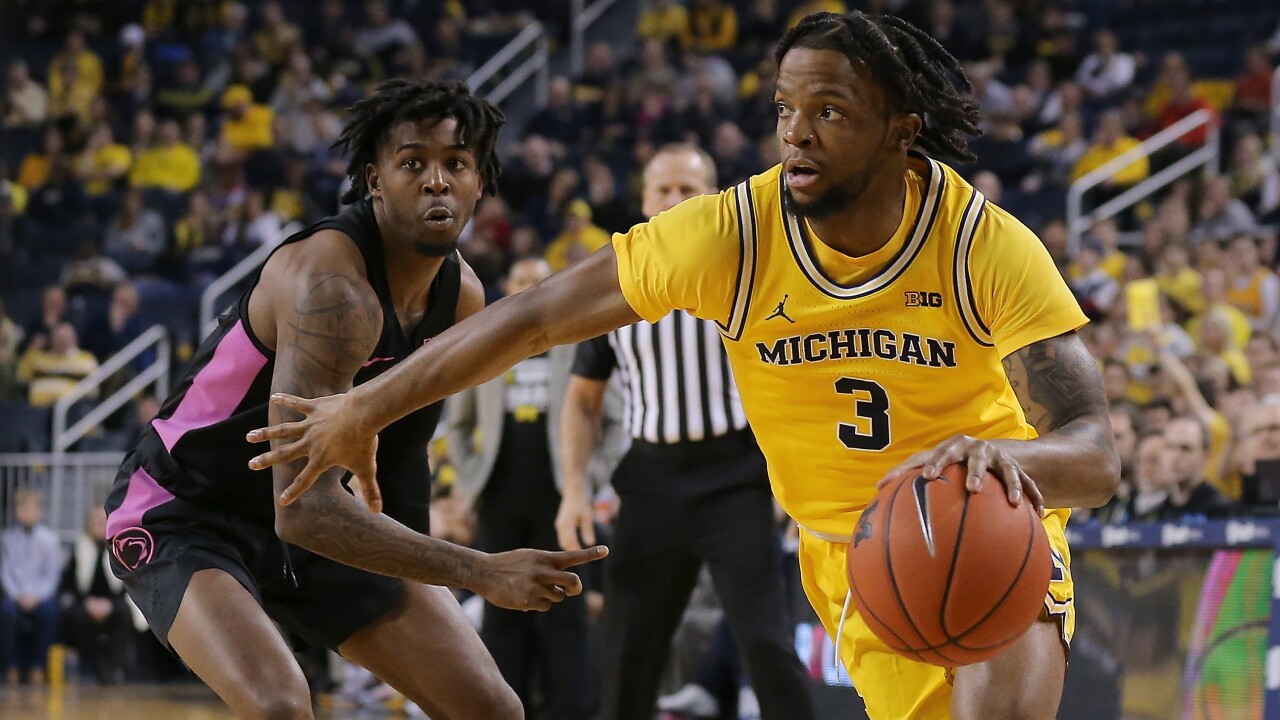 〽️🏀’s Juwan Howard has announced Zavier Simpson has been suspended for violation of team policies and will miss the Nebraska game Tuesday night. #GoBlue

It's not clear what rule Simpson broke, but he will miss Tuesday's game against Nebraska.

"While we are disappointed with what has transpired with Zavier, we know there are always lessons to learn and grow from. We take these matters and consequences very seriously," Howard said in a statement. "Moving forward, we will continue to handle this matter appropriately within our program and basketball family."

Simpson is a team captain and played in 19 games this season, averaging 12.8 points, 8.3 assists and 4.3 rebounds per game.

Michigan has last four straight games in Big Ten play, including a 64-62 loss over the weekend to Illinois. They take on Nebraska on the road Tuesday night.