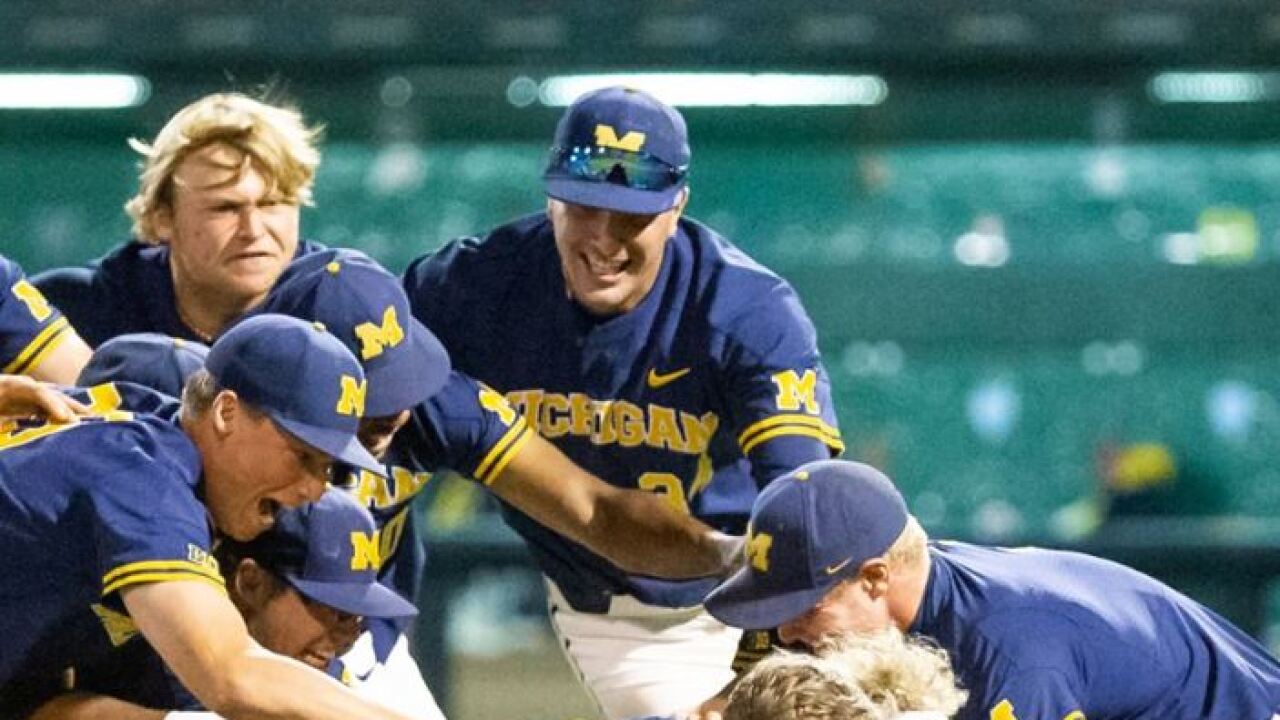 Michigan didn't win the Big Ten. The Wolverines got an at-large bid to the NCAA Tournament anyways.

Tommy Henry was supposed to pitch on Friday. He got sick and Michigan won anyways.

Henry threw on Sunday, 48 hours after he had the flu. The Wolverines won anyways, topping the top-seed UCLA and advancing to the College World Series.

"This is literally what you dream of, growing up as a baseball player," Henry said.

Henry put into words what the College World Series means to the Wolverines. Their run to Omaha is historic and rare for a Big Ten team.

It's the first time Michigan will play in Omaha's final group since 1984. There's only been one Big Ten team to make the College World Series in the 35 years in between, Indiana in 2013.

Brad Galli dives into more of what this trip to Omaha means for U-M.