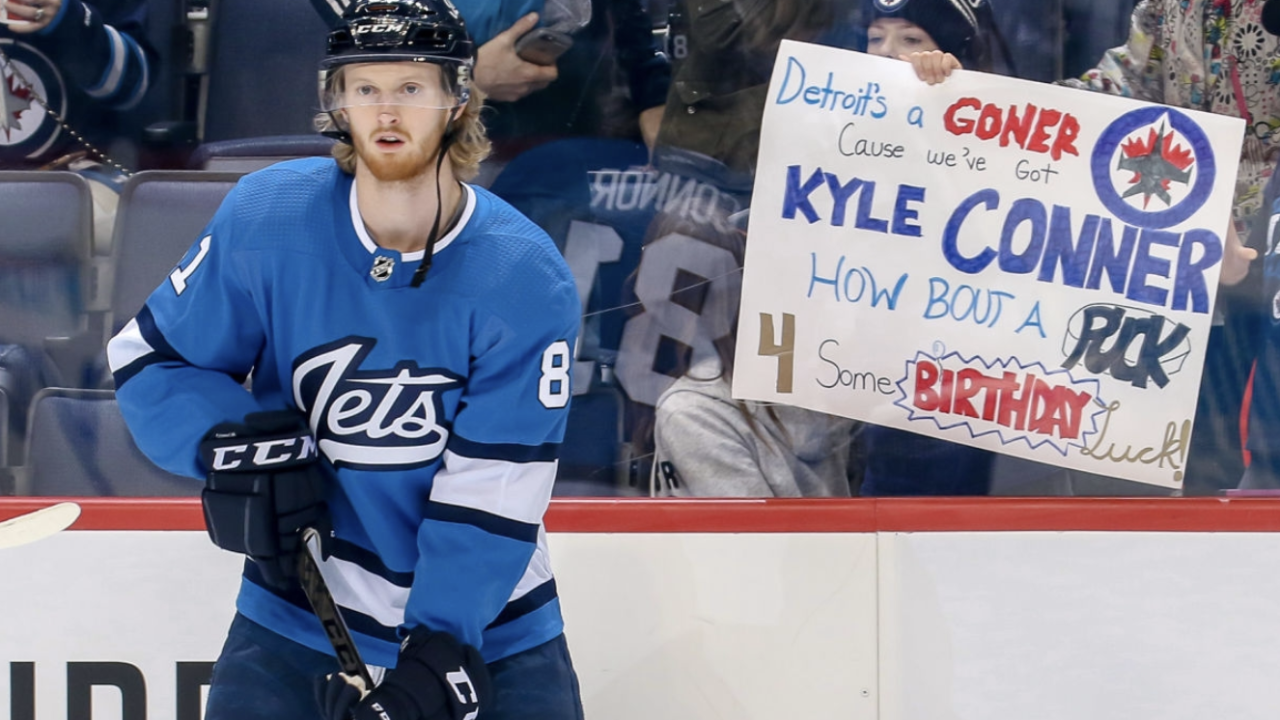 Kyle Connor plays against the Red Wings twice a year, and fields similar questions each season when he visits Little Caesars Arena.

Thursday, he answered one inquiry with ease.

Who was your favorite Red Wings player growing up?

"Datsyuk for sure," he smiled and laughed. "You don't (have to be from Detroit) just to be a fan of his. He was so skilled, and some of the stuff he could do with the puck was just incredible."

"To be creative as he is, that's something I try to model my game after," he said. @KyleConnor18 | @umichhockey | @NHLJets pic.twitter.com/njjygKgH8V

Connor recalled playing against Datsyuk in the World Championships, and talking to him after the game.

"It was pretty surreal," he said. "He was definitely someone I idolized."

"Yeah, I mean as much as you can, right?" Connor laughed.

Patrik Laine said his teammate plays with attributes that made Datsyuk special.

Connor signed a seven-year deal with Winnipeg this year, and has 11 goals and 16 assists in 31 games heading into Thursday's game in Detroit.