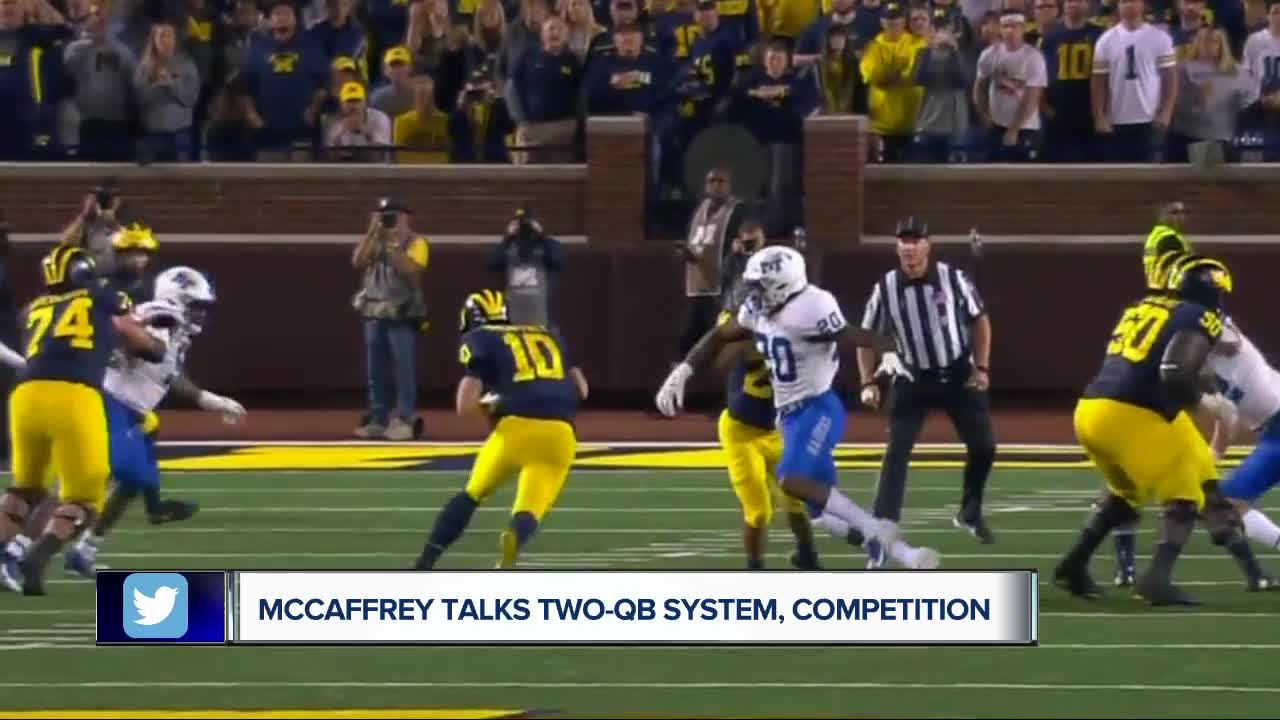 The story coming out of Michigan's season-opening win was the two-quarterback system Josh Gattis' offense used throughout the game.

Dylan McCaffrey played in sets with starter Shea Patterson, and ran the offense for multiple series.

“It gets me a chance to get on the field. I think it can be really effective at times. I think it’s fun, and it’s pretty versatile. I know other teams, it’s tough for people to defend because they don’t know if it’s going to be a double pass, they don’t know what’s coming.”

WATCH MORE IN THE VIDEO ABOVE