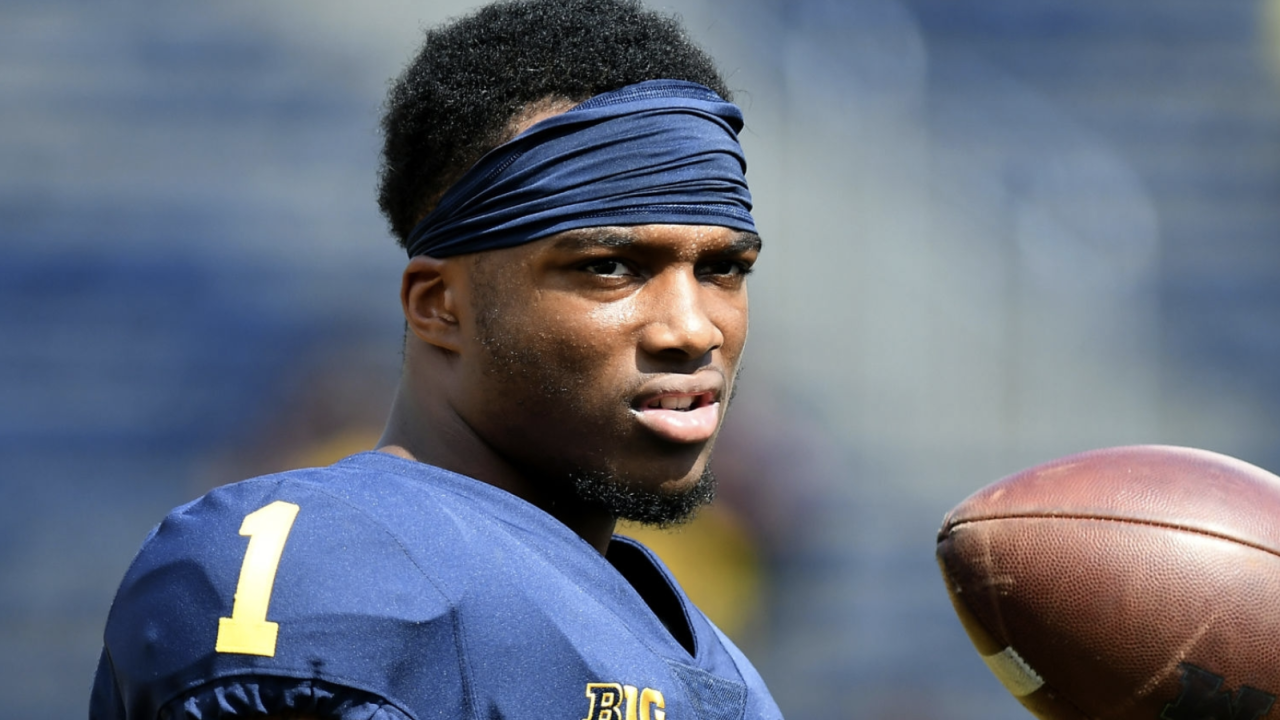 In June, Ambry Thomas knew he was earning a starting spot on Michigan’s defense.

By August, he was making a key defensive play for the Wolverines in the first game of the season.

What happened in between included the toughest test of Thomas' life.

On June 10, he felt a pain in his stomach. It wasn’t a common stomach ache. Something felt off.

"I told my doctors, and got up to the ER," Thomas recalled.

"The only thing that was on my mind was football. Like, I'm probably gonna have to sit out this year. I was kinda depressed about everything."

He sat in his hospital bed for three weeks and lost 35 lbs. in the process. Doctors told him he could work to play football again, but certainly not in Michigan’s opener, and not this season.

Michigan teammates and coaches were constantly visiting, checking in on him during such a life-altering time.

"Ambry's family, Ambry's football family, his coaches, other players, everybody had a glimpse into the amount of time he spent in the hospital this summer," Jim Harbaugh told WXYZ. "His resilience, his courage, his mental state, it's strong."

After three weeks, Ambry’s mom told him it was time to get moving.

"There's some staircases right by the hospital, outside. I hit them. I walked them. I couldn't run them," Thomas said. "I walked them every day, twice a day."

Shell-shocked a bit as an athlete, Thomas knew his recovery was supposed to be slow. He's known as the fastest guy on Michigan's football team, so he's used to only one speed.

"I was very weak. My legs were cramping. I couldn't get halfway up the steps. It was bad."

Thomas gained his strength, then steadily added back his weight. He went to the gym with his family when he wasn’t with the team. Thomas said within two weeks of working out, he felt like he was 100 percent again.

"If you know me, you know I'm a fighter. If nothing's not seriously bad, I'm not gonna let something I can't control stop me from doing what I love," he said.

Back to practice, and back to work, Thomas didn’t waste time making an impact for the Wolverines.

The junior cornerback made a second quarter interception against Middle Tennessee State in the season opener.

"I prayed on it. I asked God to get me back, and He did. I was still kinda in disbelief when it happened. It felt great," Thomas added.

He was named the defensive player of the week after the season-opener. Doctors said he wasn't supposed to play in that game. He doesn’t know what caused it,or why it happened to him, but Ambry Thomas knows one thing: he never lost confidence in himself.