Michigan the third-most valuable college football team in the country 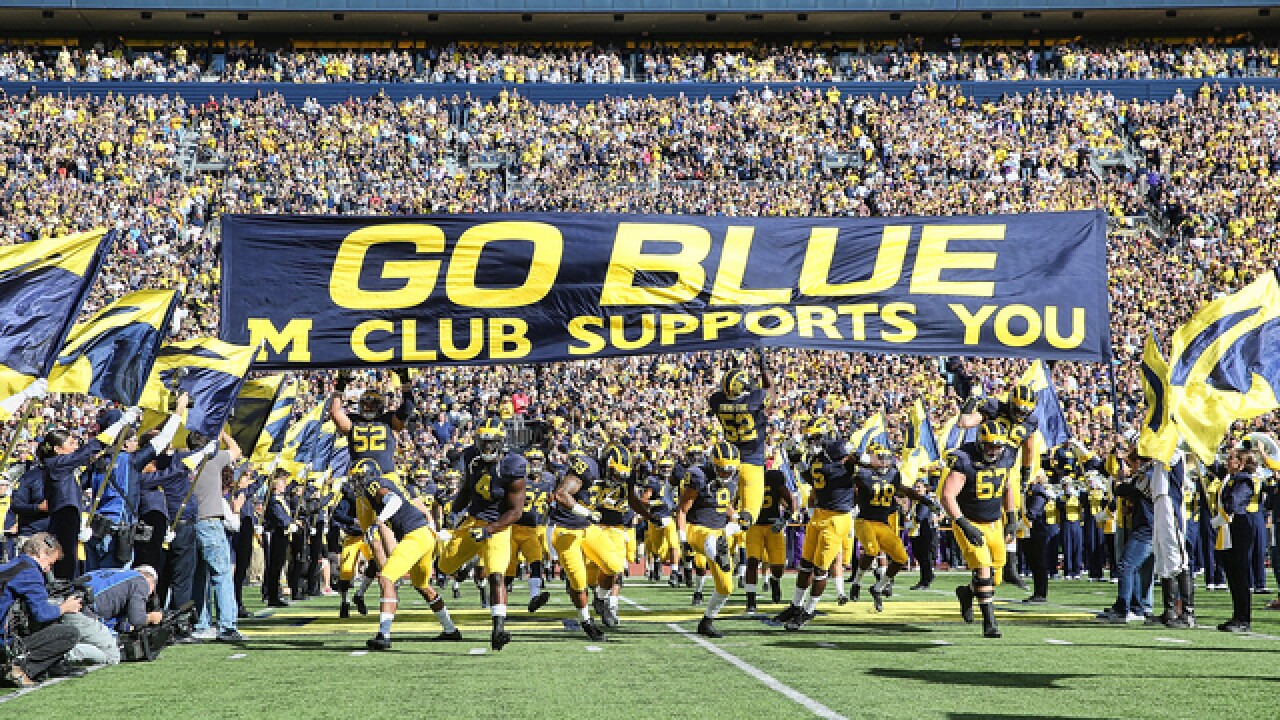 Leon Halip
<p>ANN ARBOR, MI - OCTOBER 10: The Michigan Wolverines enter the field prior to the start of the game against the Northwestern Wildcats on October 10, 2015 at Michigan Stadium in Ann Arbor, Michigan. The Wolverines defeated the Wildcats 38-0. (Photo by Leon Halip/Getty Images)</p>

The Michigan Wolverines are the third-most valuable college football team in the United States, according to a new list from Forbes , while Michigan State is ranked No. 22.

According to Forbes, the Wolverines come in behind two teams from Texas and ahead of both Alabama and Ohio State.

With $127 million in average revenue from the 2014-2016 seasons, Michigan is actually tied with Alabama, but they have a higher profit margin which puts them ahead; $75 million to $59 million.

This is the first time Forbes has ranked college football teams since 2015, and the first time they rank them by average annual revenue. To determine the rankings, Forbes looked at annual filings from the university athletic departments to the NCAA and Department of Education.

Michigan State comes in at 22nd on the list with $80 million in revenue and $39 million in profit.

The top 25 teams are (with revenue and profit numbers listed next to them):