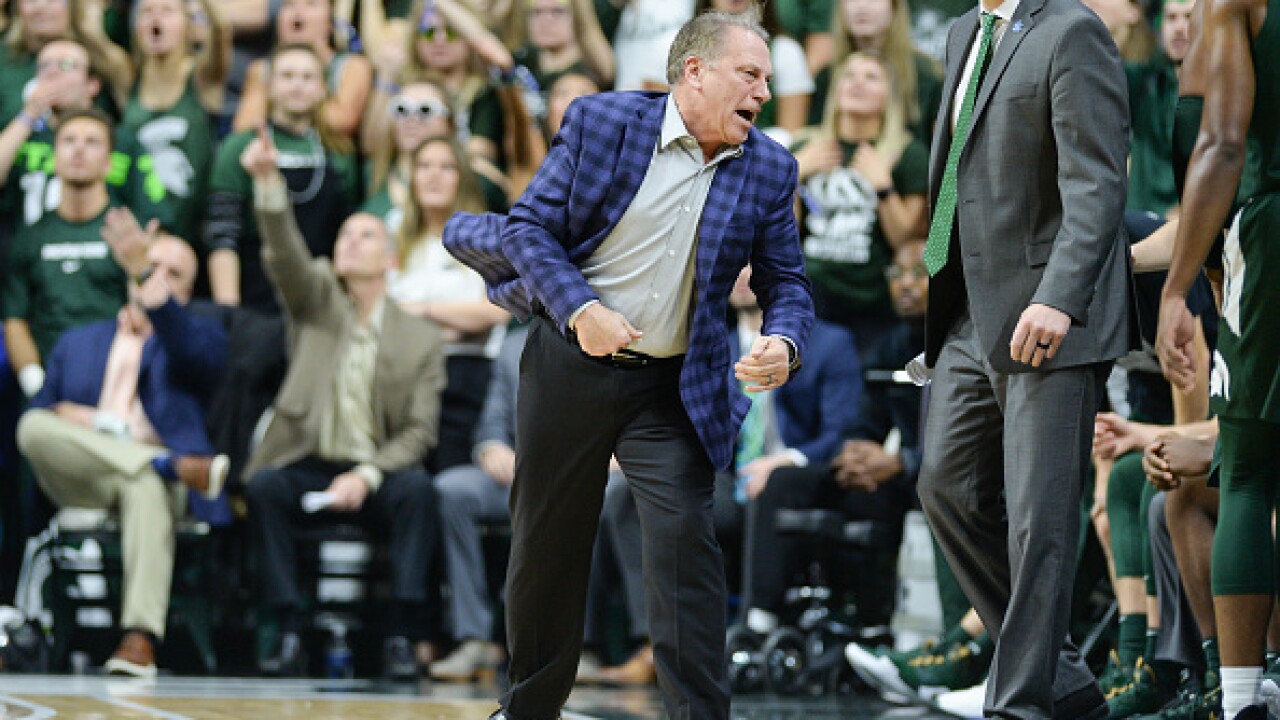 Lamar Stevens had 24 points and Myreon Jones made a career-high six 3-pointers and scored 20 points, leading No. 22 Penn State to a 75-70 win over No. 16 Michigan State on Tuesday night.

The Nittany Lions (17-5, 7-5 Big Ten) have won five straight games, making them contenders in the conference during the second half of the regular season.

Michigan State's Cassius Winston scored 25 points but could not convert on chances to pull into a tie twice in the closing seconds. Winston didn't get much help offensively from his teammates, none of whom scored in double digits.

Stevens made two free throws to give Penn State a three-point lead with 16 seconds left. Winston had a chance to tie the game with a three-point play on the ensuing possession but missed the free throw.

Stevens then made two free throws to restore the three-point lead with 9.1 seconds left.

Winston missed a 3-pointer the next time down the court. The Spartans were forced to foul Curtis Jones, who made two free throws to seal Penn State's first victory at Michigan State since 2009 and just the second in 25 games.

Penn State was in control for much of the game, leading by as much as 11 in the first half and by six at halftime. The Nittany Lions played with composure in the second half when the Spartans tried to rally.

Michigan State sophomore forward Thomas Kithier, who is averaging three-plus points and rebounds, missed the game with an illness.

Penn State: The program has already matched its total of Big Ten victories last season and should surpass its school record of 10 Big Ten wins.

Michigan State: Coach Tom Izzo has sounded concerned after wins this season and his worries have only been validated by recent losses.

The Nittany Lions have a chance to move into the top 20 with another win this week and the Spartans could plummet in or perhaps out of the poll with another setback this week.