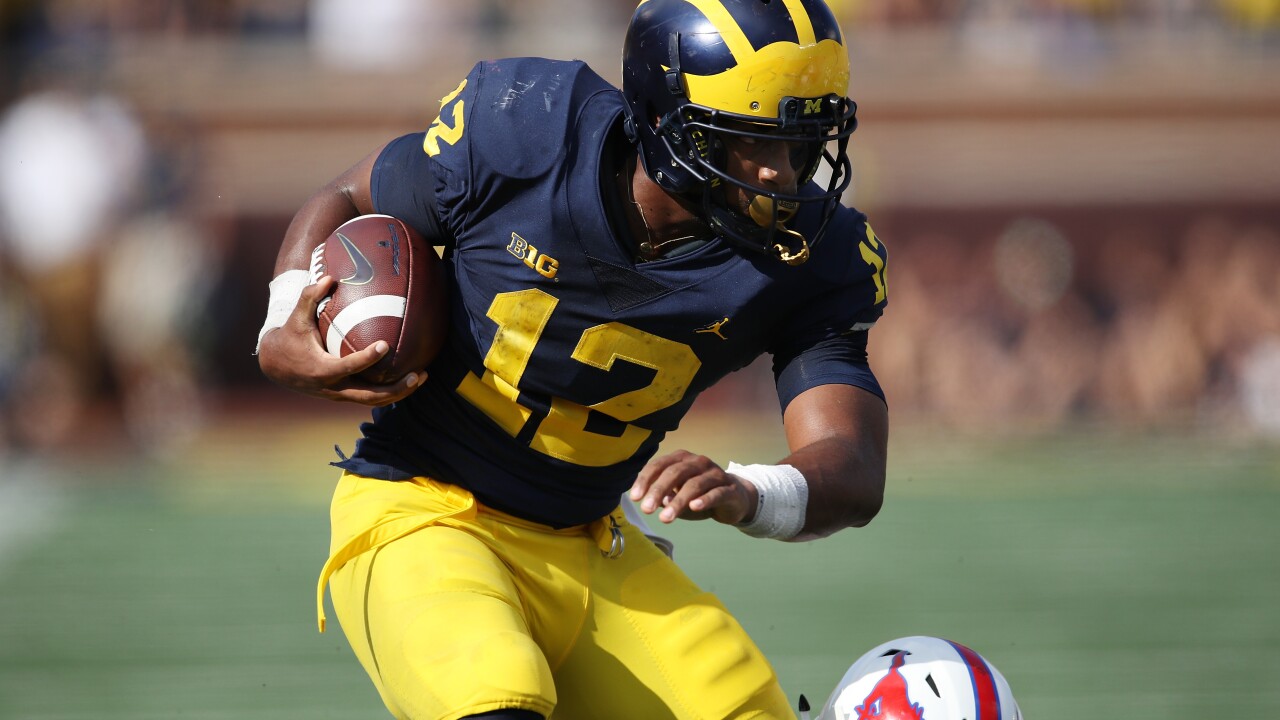 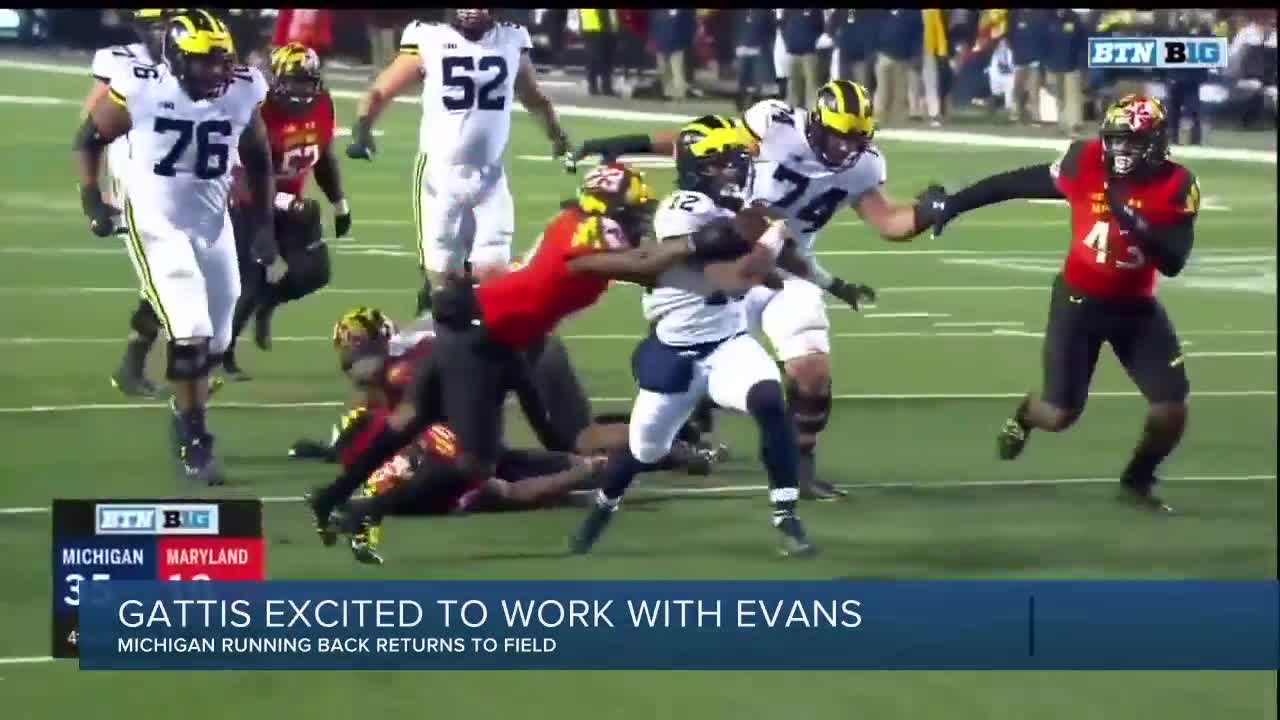 Chris Evans is back in Michigan’s running backs room, and Josh Gattis is excited to utilize his versatility.

“Chris is a veteran player, he’s played a lot of football. I remember being in this conference, seeing Chris play as a freshman. Seeing the impact he was able to make early on. He has a unique skill set because of his versatility, not just as a runner but his ball skills, which are pretty elite or a guy at his position," Gattis said on a conference call with reporters.

"It’s our job to maximize as much out of the players as we can. I think his role is one that provides versatility. The number of different ways and opportunities that you can get him out in space and get the ball in his hands. I think that’s where it’s gonna be exciting, all the different ways we can use him. And it fits right into what we do."

Evans missed the 2019 season due to an academic suspension, and backs Zach Charbonnet, Hassan Haskins, and Tru Wilson stepped up.

“When you look at the room that we had there last year, we had a ton of inexperience. We had guys that didn’t have the opportunity to be a part of spring football practice. You look at Zach Charbonnet and Hassan Haskins. Both of those guys were out all spring last year, so they missed a huge chunk of physical development from January into August. Even Hassan started the season banged up. And then Zach went through some injuries there and then now you’re able to add Chris Evans back into the mix. Get Christian Turner back healthy. Blake Corum is really, really exciting. Brings a level of explosiveness at the running back position."

Evans was explosive during his first two seasons with Michigan, and Gattis saw him back at practice with the team in December.

“We did a lot of things that were similar last year with Giles Jackson, all the different alignments that he aligned on the field. You got a guy now in Chris Evans who has the ability to take those as actual hand-offs and not just be in the backfield catching routes coming out of the backfield. You’ve got a guy that can do both and that’s exciting.”