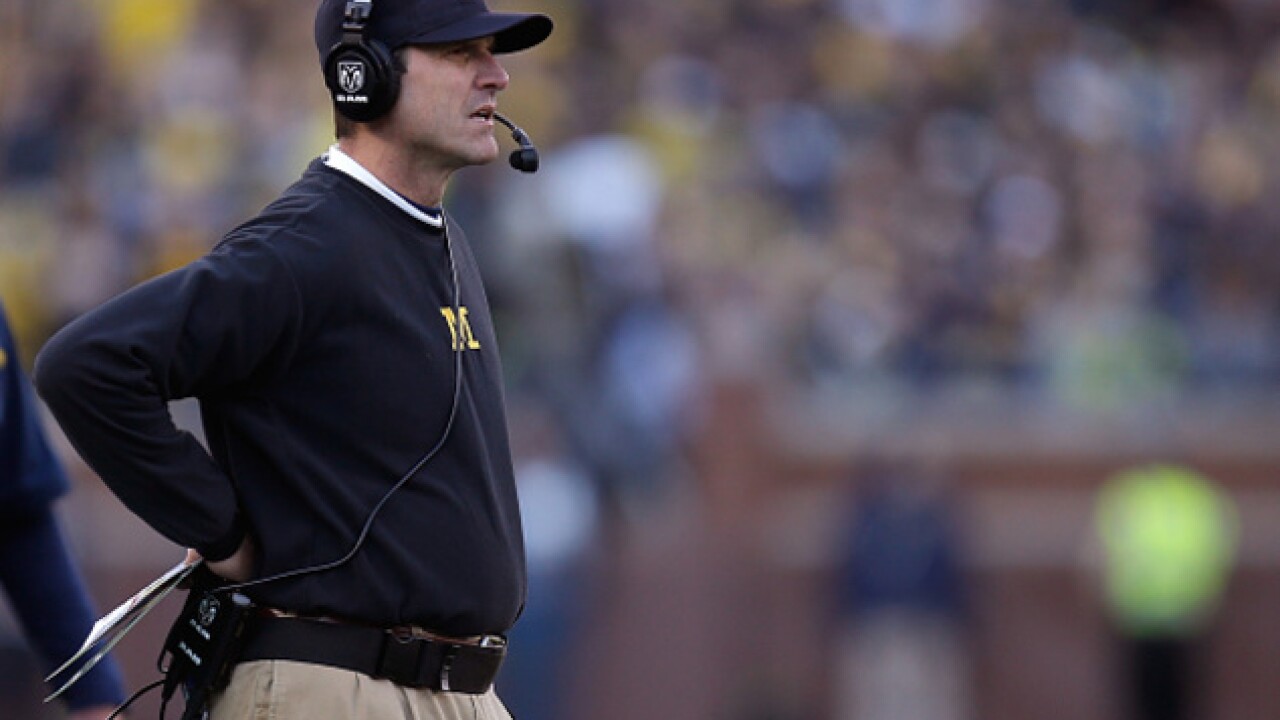 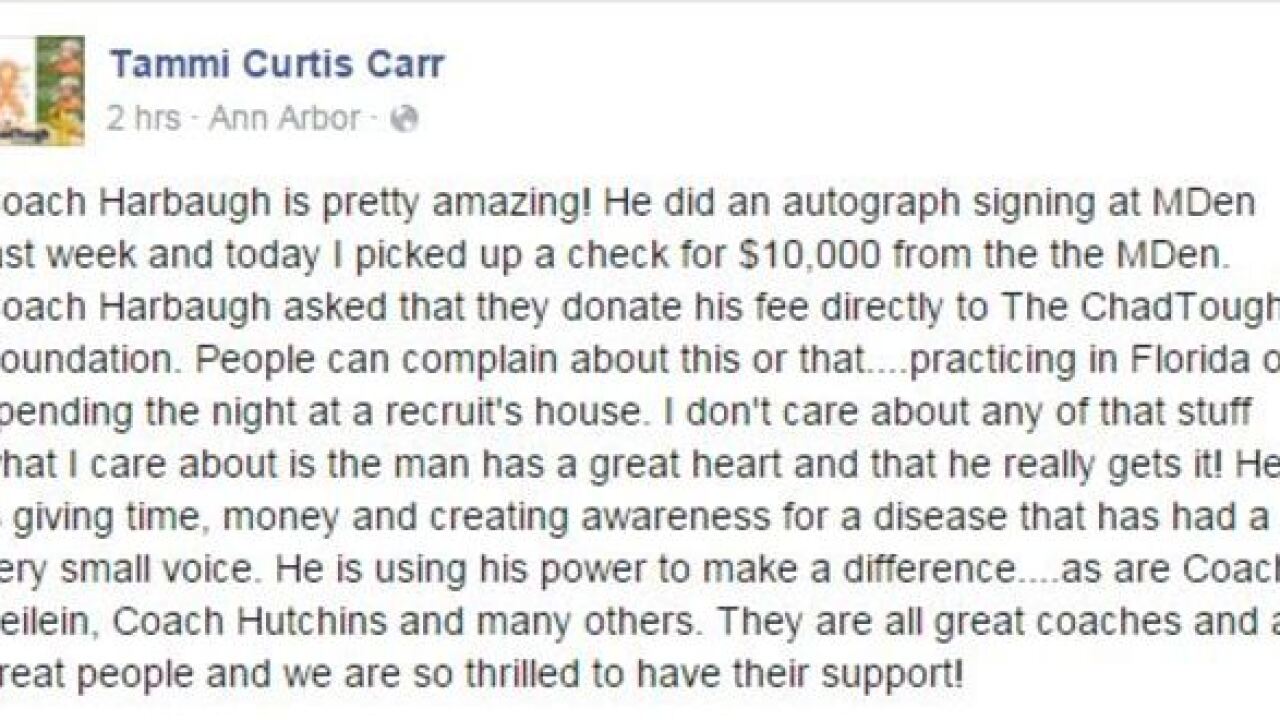 The story of Chad Carr and the development of the Chad Tough Foundation took another step as Michigan head football coach Jim Harbaugh selflessly donated his $10,000 appearance fee for signing autographs at the MDen last week to the charity.

Chad Carr is the grandson of former Michigan head coach Lloyd Carr, and recently passed away due to an inoperable brain cancer known as DIPG.

"Coach Harbaugh is pretty amazing! He did an autograph signing at MDen last week and today I picked up a check for $10,000 from the the MDen. Coach Harbaugh asked that they donate his fee directly to The ChadTough Foundation. People can complain about this or that....practicing in Florida or spending the night at a recruit's house. I don't care about any of that stuff what I care about is the man has a great heart and that he really gets it! He is giving time, money and creating awareness for a disease that has had a very small voice. He is using his power to make a difference, as are Coach Beilein, Coach Hutchins and many others. They are all great coaches and a great people and we are so thrilled to have their support!"