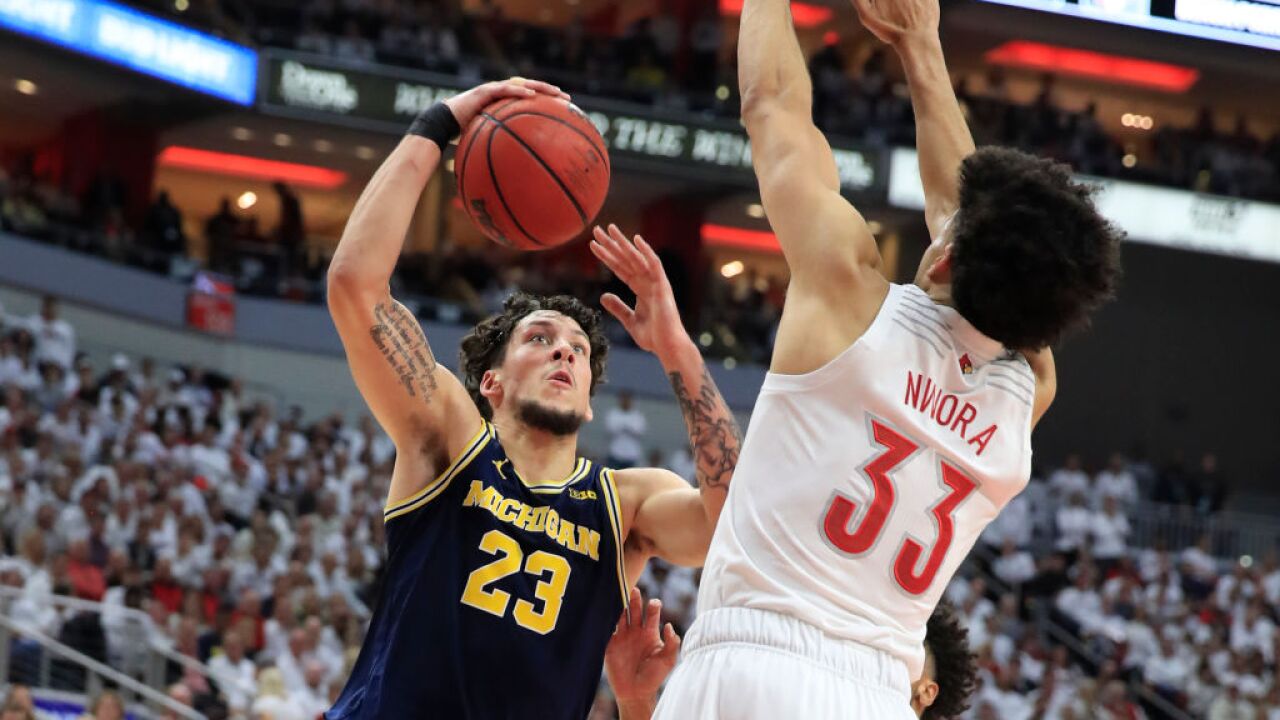 Louisville and Kansas finally provided some consistency to what has been a volatile Top 25 poll this season, while perennial bluebloods Michigan State and North Carolina continued to tumble after another wave of defeats.

The Cardinals solidified their place at No. 1 in the AP Top 25 released Monday by routing then-No. 4 Michigan in the ACC-Big Ten Challenge and breezing past Pittsburgh over the past week. The Jayhawks stayed at No. 2 after returning from their Maui Invitaitonal title to thump former Big 12 member Colorado.

“I think it's two games in a row, where we got stops," Louisville coach Chris Mack said. “We didn't allow second shots. We ran the clock on offense. We got great looks. We got layups, and that's a killer.”

Ohio State jumped from sixth to third following its 74-49 rout of then-No. 7 North Carolina and a Big Ten blowout of Penn State. Maryland dropped one spot to fourth despite continuing to pile up wins, while Michigan slid one spot to round out the top five after Juwan Howard's bunch ran into the Louisville buzzsaw for their first loss of the season.

The Spartans continued their fall from preseason No. 1 after losing to Duke, this time dropping from 11th to No. 16. The Tar Heels tumbled 10 spots to No. 17 after getting crushed by Ohio State and losing to No. 9 Virginia.

San Diego State joined the rankings at No. 25.