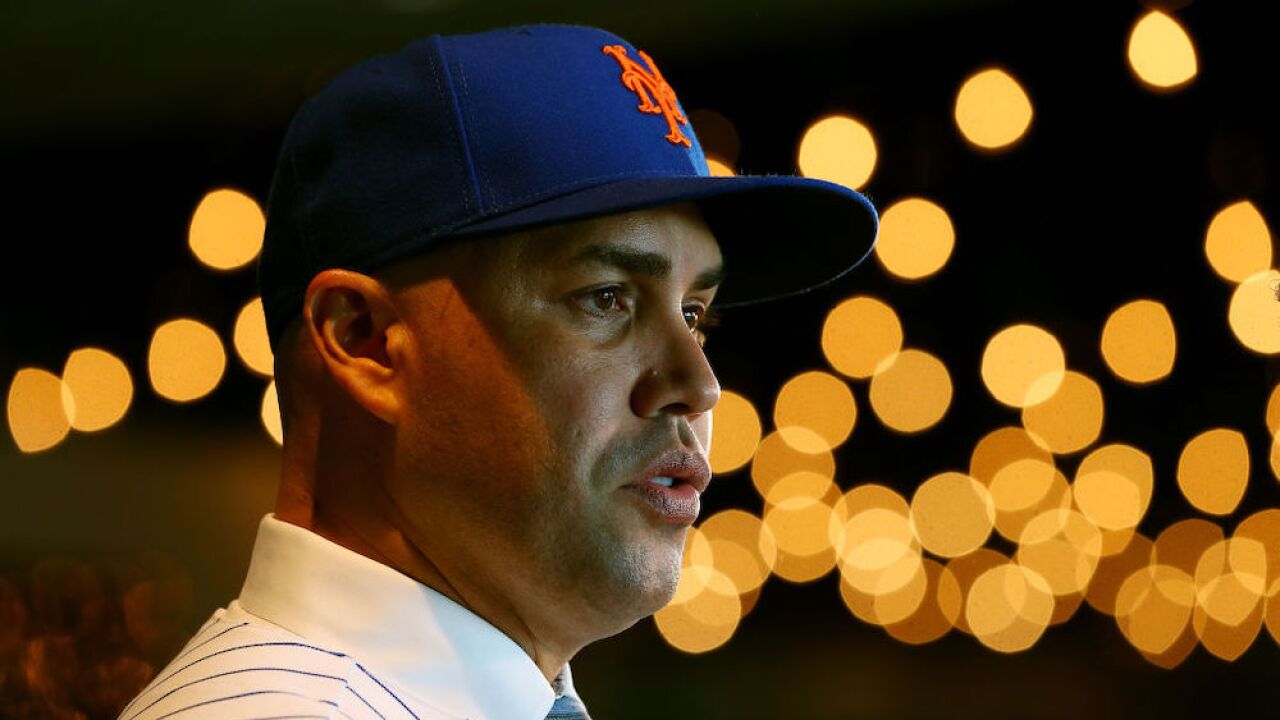 The New York Mets and manager Carlos Beltrán have "mutually parted ways" amid his role in a sign-stealing scandal that took place while he was a player for the Houston Astros in 2017.

Beltrán was hired as the Mets manager in November. He never appeared in a game as manager.

Beltrán is the third coach to lose his job in connection with the Astros scandal. After Major League Baseball released findings from an investigation into the scandal earlier this week, the Houston Astros fired manager AJ Hinch. Days later, the Red Sox fired manager Alex Cora, who was a member of the Astros' coaching staff in 2017.

Beltrán was in the final season of his 20-year playing career when he joined the Astros. He was the only player named in the MLB report.

According to the MLB report, the Astros had a video camera position in center field of their home stadium that was trained on the opposing team's catcher. Houston video staff would monitor the video feed and attempt to pick up the signs the catcher flashed to the pitcher. Astros video staff would then interpret the signs and inform Houston batters when an off-speed pitch was coming by banging on a trash can that was within earshot of the playing field.

Beltrán retired following the Astros' World Series win in 2017. He was hired as a special adviser by the New York Yankees in 2018. Following a 2019 game between the Red Sox and Yankees, Cora alleged that Beltrán was helping the Yankees steal signs.

Upon the release of its findings into the scandal earlier this week, the MLB announced one-year suspensions for Hinch and Astros general manager Jeff Luhnow. Both were fired by the Astros shortly after that. The Astros were also fined $5 million and will not receive first- or second-round draft picks in 2020 and 2021.

The MLB says its investigation of the sign-stealing scandal is ongoing.