Matthew Stafford out for 2nd straight game due to back injury 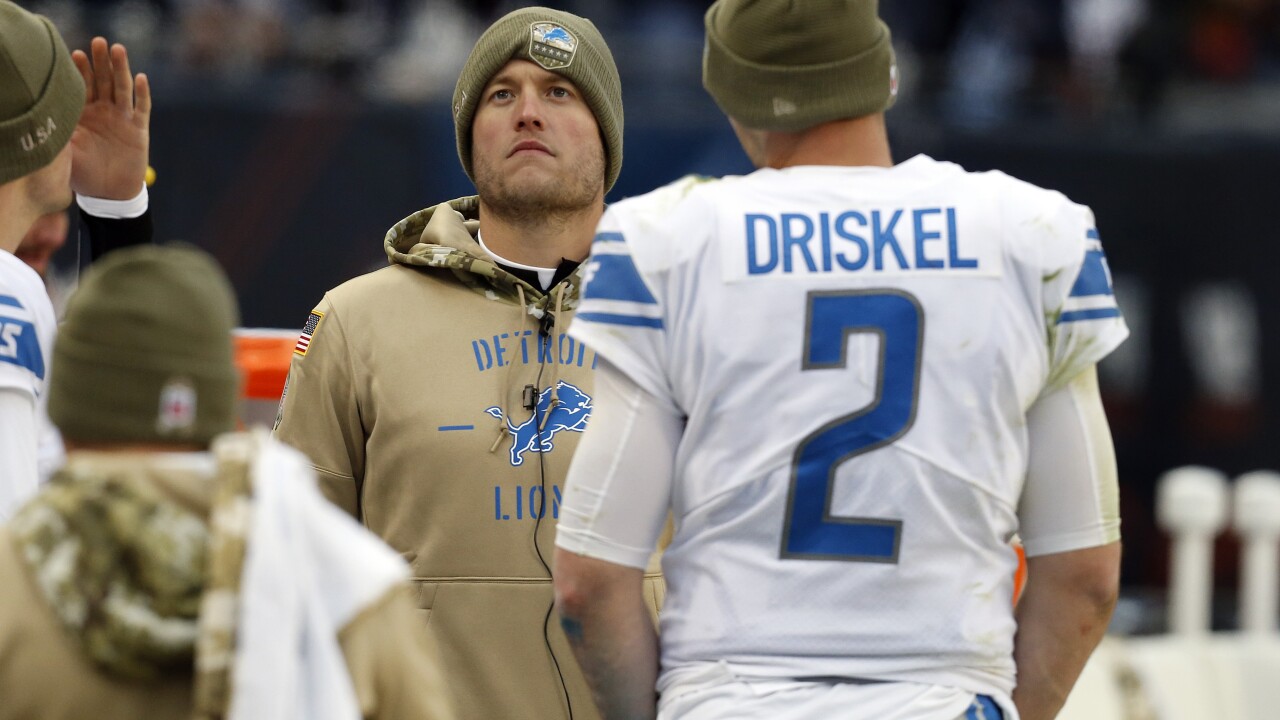 Detroit Lions Quarterback Matthew Stafford will miss his 2nd straight game on Sunday due to back injuries.

Head Coach Matt Patricia made the announcement on Friday, according to NFL.com.

Stafford missed Sunday's loss to the Chicago Bears, his first in 136 games. He also didn't practice all week.

Jeff Driskel is expected to start his second game after starting against the Bears. He was 27 for 46 for 269 yards with a touchdown and an interception.