Matthew Stafford has modest goals for Lions offense vs. Raiders 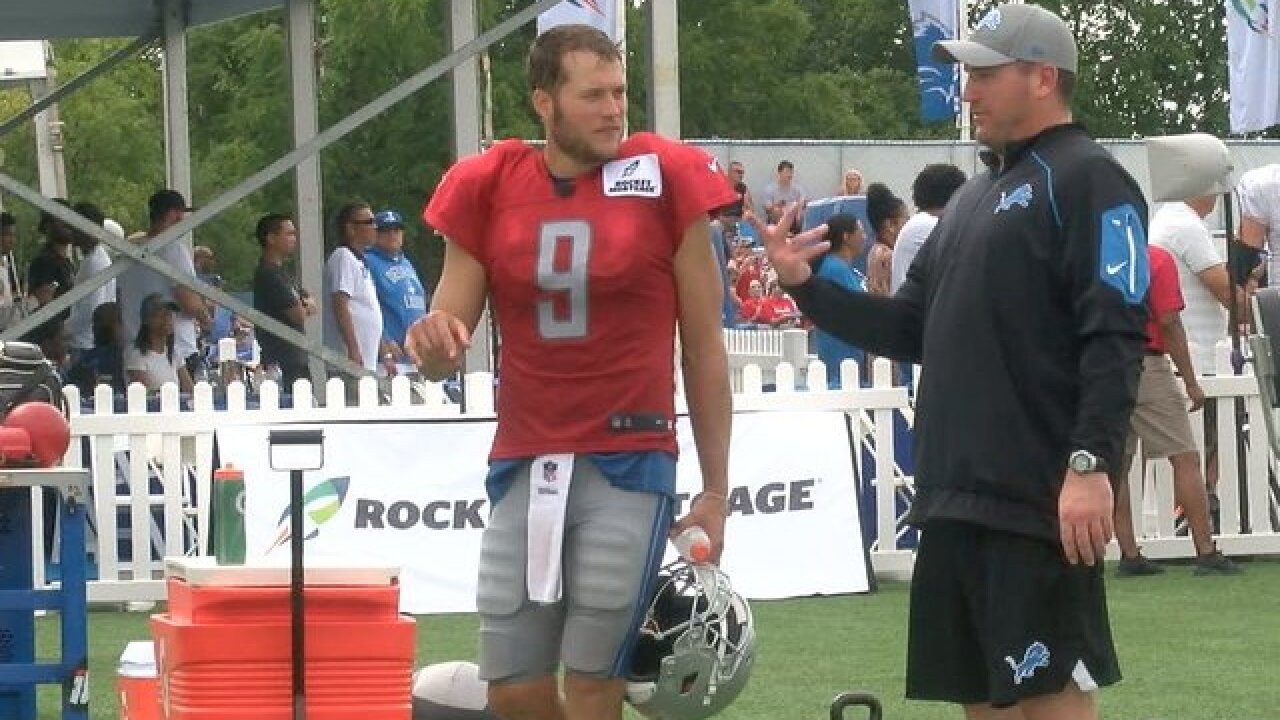 NAPA, Calif. (AP) -- Because he isn't likely to play more than a series or two in Friday's preseason opener, Detroit quarterback Matt Stafford has a few modest goals for the Lions offense.

The Lions spent the past two days conducting joint workouts with Oakland at the Raiders' training camp facilities in the heart of Napa Valley wine country.

Following Tuesday's 2 1/2-hour practice, which was highlighted by a multi-player brawl that ended a team scrimmage session, the Lions packed up to travel to a hotel 75 miles south of Napa where they'll stay until Friday's game.

Detroit first-year coach Matt Patricia declined to say how much Stafford and the rest of the Lions starters will play.

"I'm just trying to get through today's practice and make sure I get everybody going in the right direction," Patricia said prior to Tuesday's practice. "We'll find out on Friday."

The Lions' first offense had an uneven day against the Raiders during the team scrimmage. They were flagged for three penalties and sputtered on their initial drive before Stafford found wide receivers Kenny Golladay and Marvin Jones Jr. for deep completions.

"I feel physically good," Stafford said. "Obviously another year in the system is going to hopefully help me expand my ability within the system to get us into the best plays possible. I feel very comfortable at the line of scrimmage doing our thing, but I can always be better. I'm always trying to find ways to improve and to get the ball to those playmakers at a higher clip."

Stafford passed for 4,446 yards with 29 touchdowns and 10 interceptions in 2017, his seventh consecutive season with 4,200 yards or more. The 30-year-old quarterback also had a career-best 99.3 passer rating.

Detroit, which hasn't made it past the wild card round of the playoffs since 1991, won three of its final four games down the stretch but failed to advance to the postseason.

Although he won't be on the field very long Friday, Stafford is relishing playing in a game after mostly practicing against Detroit's defense before the two workouts with Oakland.

"It's a good change-up," Stafford said. "We have to go out and prepare for another defense a night before. You don't have a ton of time to look at them. You just go out there and try to execute your stuff as well as you can. I've got players on this team that I've never played an NFL game with before so it's going to be to see how they go about their business and how they react."