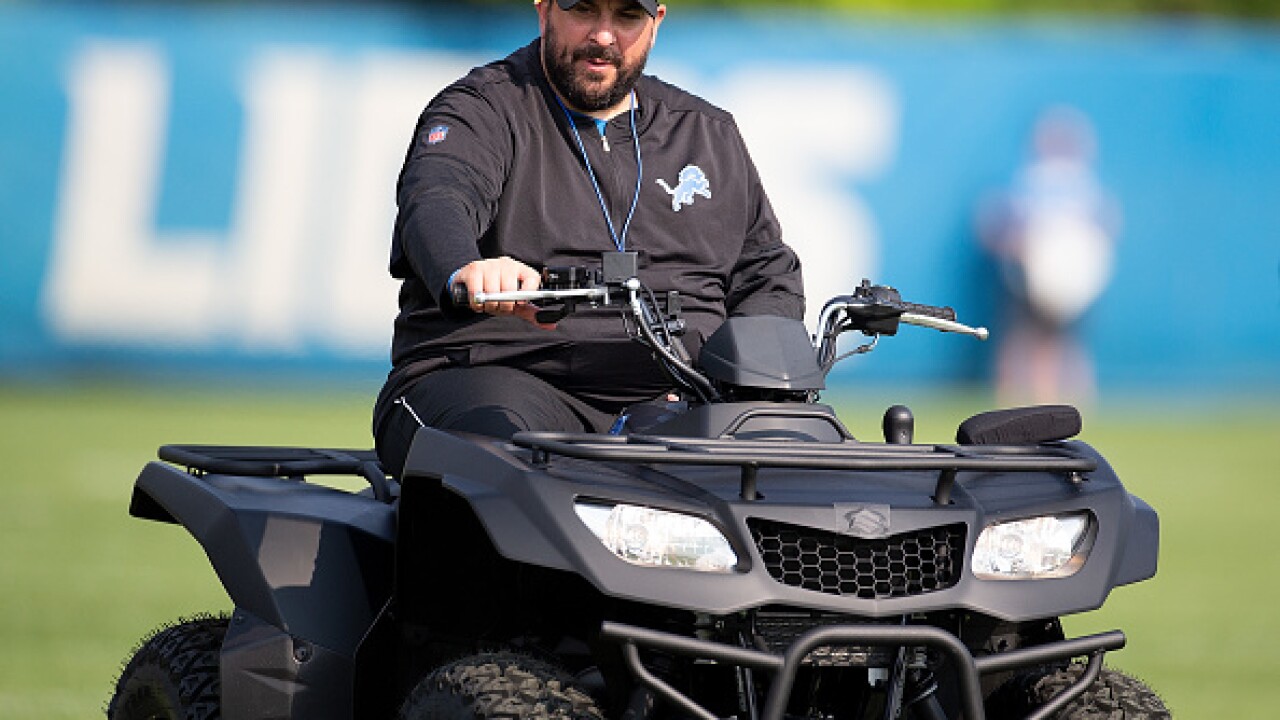 Trey Flowers, the defensive end who went from New England to Detroit as a free agent and was the Lions' big offseason acquisition, is on the physically unable to perform list.

Coach Matt Patricia, a former defensive assistant for the Patriots in his second season with Detroit, has been recovering from a surgically repaired left leg that's caused him to move around the practice facility on a vehicle.

"I'm working with our doctors here to try to figure out what's best for myself to be safe on the sideline from that standpoint," he said. "I don't think I'll be riding the ATV around unfortunately on the sideline."

The receivers watch begins for the Patriots.

Super Bowl MVP Julian Edelman (thumb) is sidelined and Phillip Dorsett is the only other returning receiver from last season. First-round draft pick N'Keal Harry has had a strong camp and undrafted free agent Jakobi Meyers has been a standout, even earning reps with the first team.