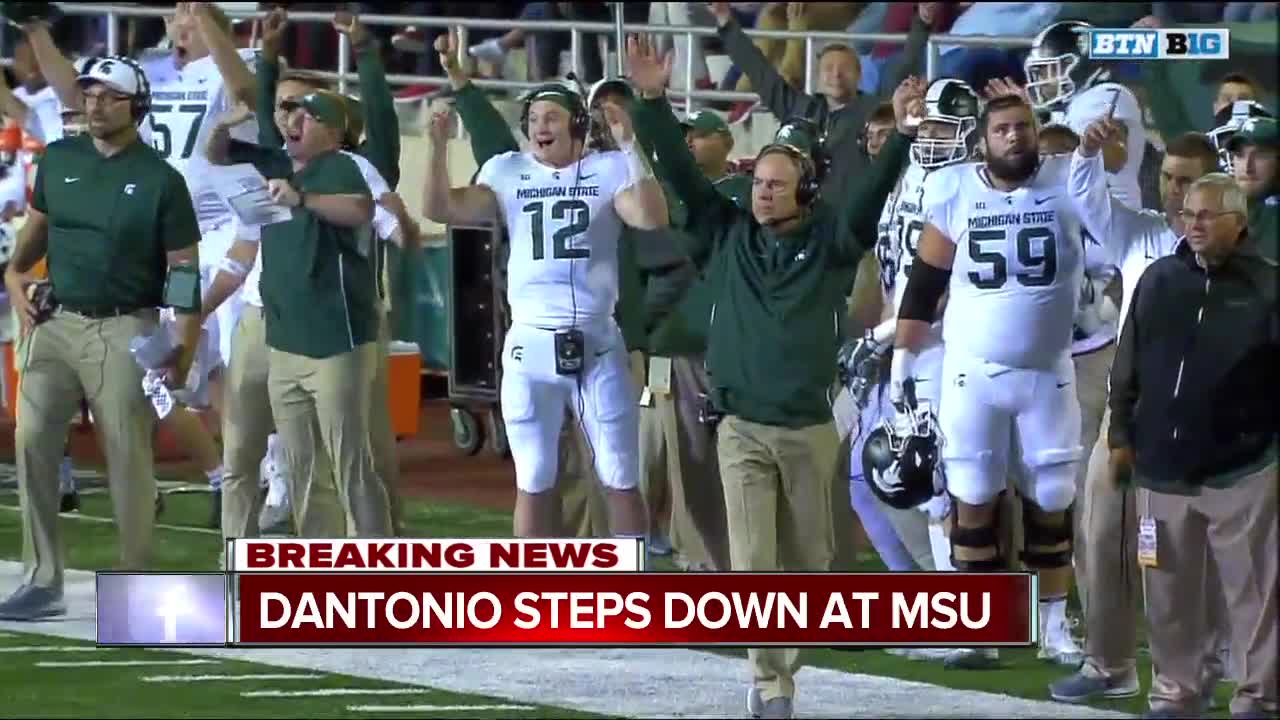 Michigan State Football head coach Mark Dantonio has announced he is stepping down after more than a decade at MSU. 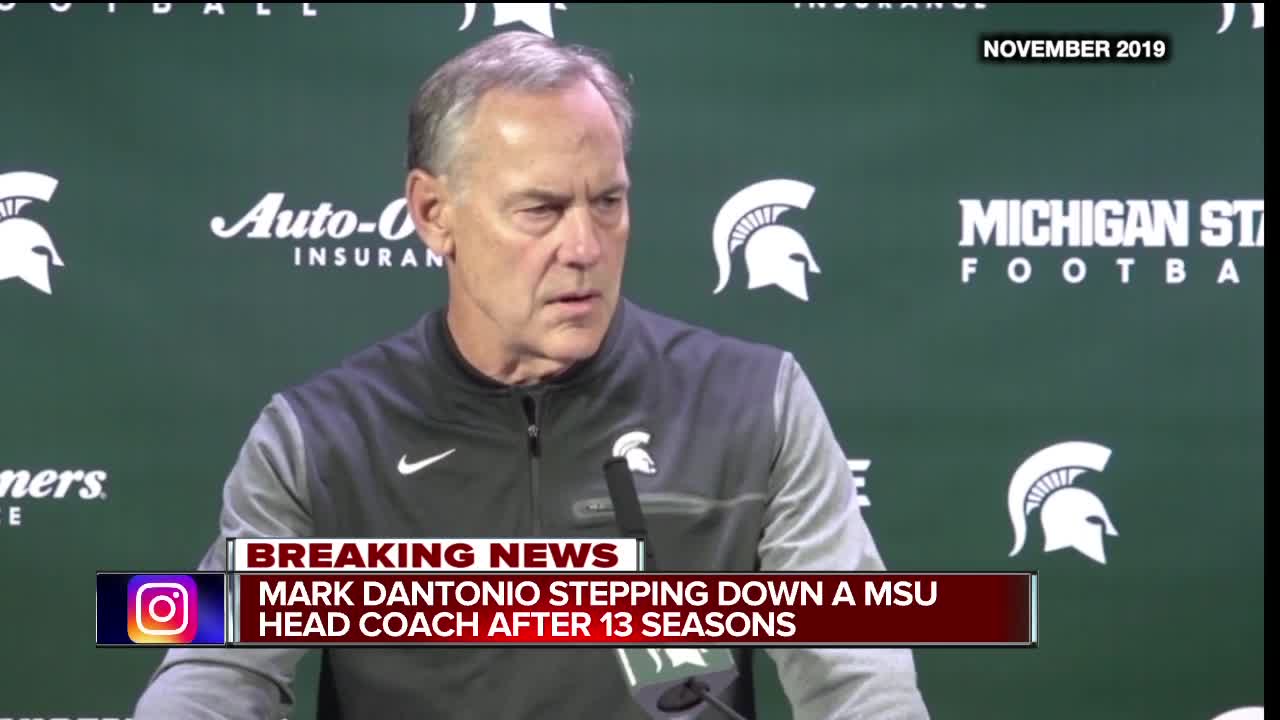 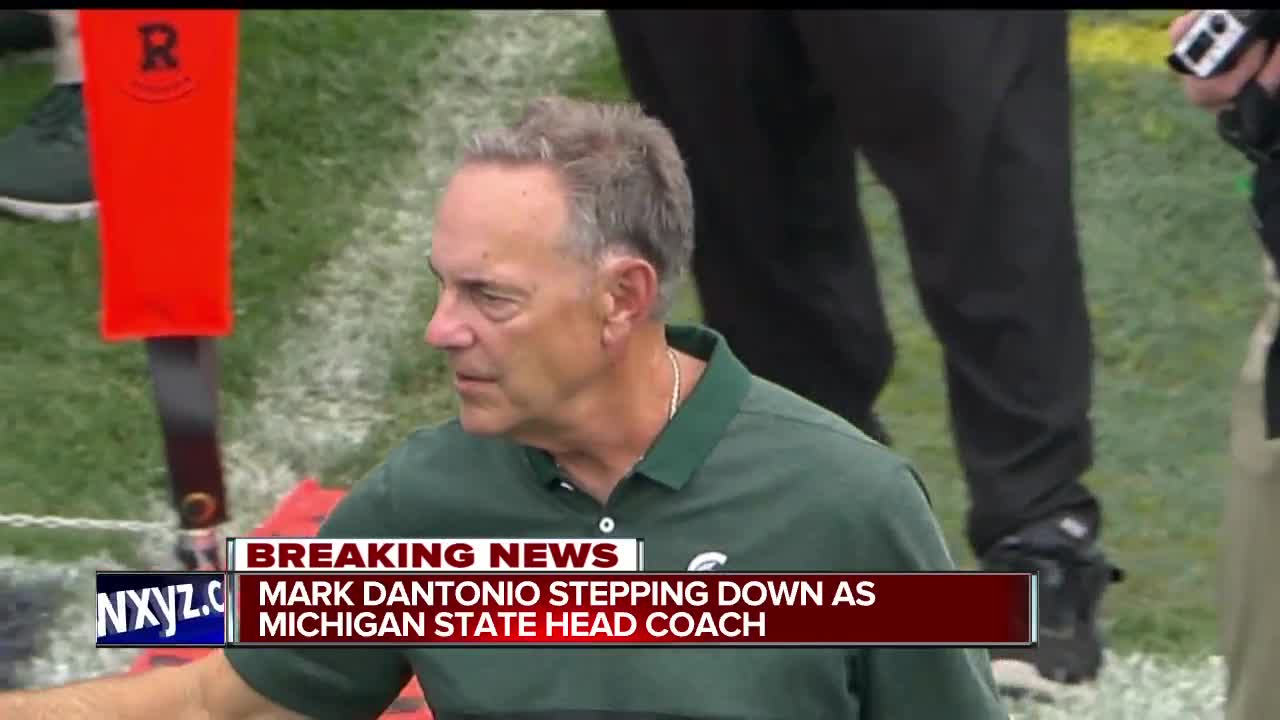 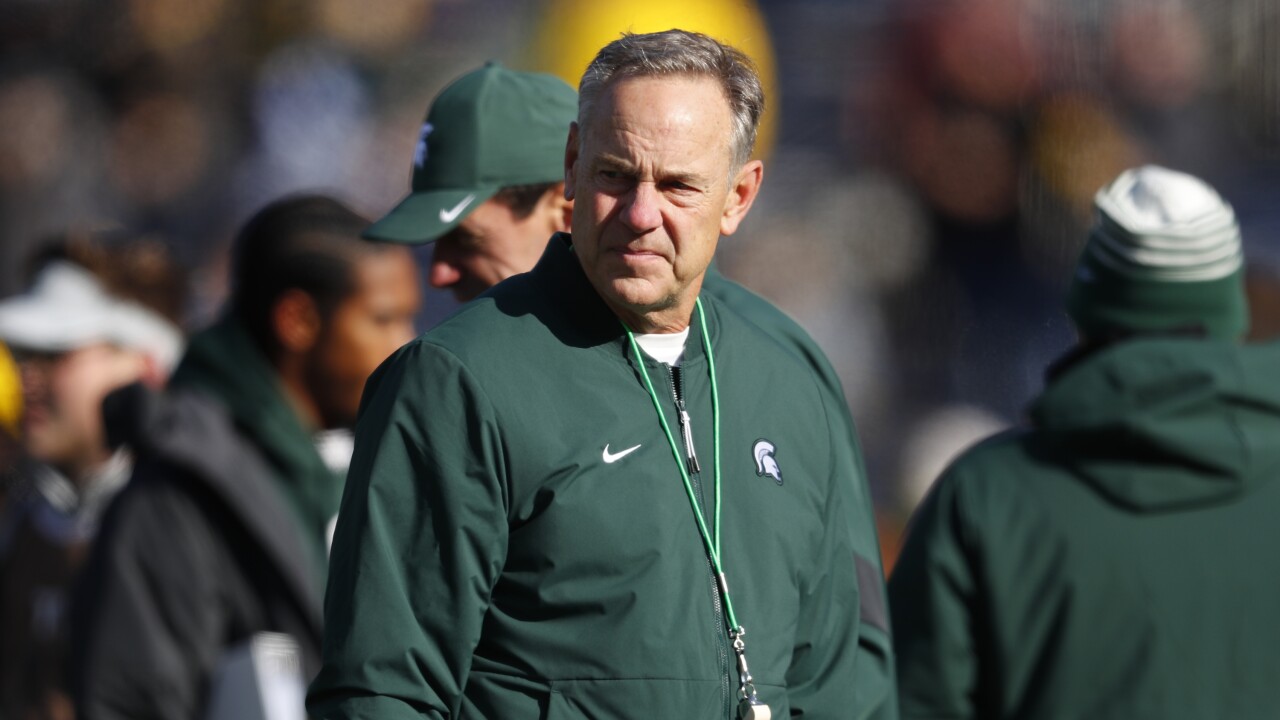 Michigan State Football head coach Mark Dantonio has announced he is stepping down after more than a decade at MSU.

To all Spartans: Thank you for everything. You have truly helped my dreams come true. pic.twitter.com/uKkubvp1cW

Dantonio, 63, is the Spartans’ winningest head football coach with 114-57 record over the course of 13 seasons.

In a letter posted to Twitter, Dantonio said he will stay with the university and athletic department in a role involving special projects. He said he will work to transition players to their next challenges.

"It has truly been an honor and a privilege to serve as the head football coach at Michigan State University. I will forever be a Spartan," he wrote.

Mike Tressel will serve as acting head coach while a search is conducted to find his replacement.

His announcement comes just one day before National Signing Day and just 20 days after he collected a $4.3 million bonus, which was part of his contract if he was still coach on Jan. 15, 2020.

The Spartans wrapped up their 2019 season with a win over Wake Forest in the Pinstripe Bowl, which happened just a month after Dantonio said he planned to be the Spartans’ coach in 2020.

"I can't predict the future, but my intentions are to be the head football coach here," Dantonio said at the time. "I've always said I live in the present, though. I've always said that.”

In the letter, he wrote, "This job has always been a 24/7, 365 day-a-year position. There is no down time and it is filled with the demands and challenges of managing games, players coaches, recruits, donors, staff, media, an enthusiastic fan base and competition at the very highest level. I will miss it all but feel the sacrifices that I have made away from my family must now become my priority at this time in my life."

He took over the head coaching job at MSU in 2007 and by 2010, he had a dominant Michigan State program that was arguably the best in the state.

Dantonio won his 100th game for the Spartans in the 2017 Holiday Bowl when they beat Washington State, and became MSU’s winningest coach after beating Northwester 31-10 on Nov. 21, 2019.

He also won the most Big Ten Championships and bowl games of any Spartan head coach. He was named Big Ten Coach of the Year in 2010 and 2013.

“Mark Dantonio has provided outstanding leadership for the Spartan football program for the last 13 years,” MSU Athletic Director Bill Beekman said in a statement. “As the all-time winningest coach in school history, he’s raised the bar for Michigan State football. He’s mentored young men and led them to success on the field, in the classroom and in life, while serving as a great ambassador for Michigan State University. As we begin the search for Mark’s successor, we will look for the right fit who will continue the success at both the conference and national level."

“We are all very grateful for Mark’s contributions to MSU, and not just on the football field,” MSU President Dr. Samuel L. Stanley Jr. added in the release. “I’ve continued to be impressed by Mark’s leadership and dedication to his players. His commitment to sportsmanship and academics is second to none. He’ll be remembered for these traits in addition to being our winningest coach for Spartan Football. I know the entire Spartan nation joins me in wishing Mark the best in retirement, and I look forward to having him still engaged with the university moving forward.”

Mark Dantonio admitted there were times in the last year his job stopped becoming enjoyable. pic.twitter.com/j7hWqrzhCT

What factor was the ongoing lawsuit a factor in Mark Dantonio's retirement?

Dantonio grew up in Zanesville, Ohio and has spent more than four decades coaching.

He went to the University of South Carolina and was a defensive back before beginning coaching as a graduate assistant for Ohio University in 1981. He moved on to Purdue and Ohio State, worked for Jim Tressel at Youngstown State and also worked with Nick Saban at Michigan State.

Dantonio went on to join Tressel in 2001 at Ohio State as defensive coordinator, and won the National Championship in 2002 with the Buckeyes. In 2004, he got his first head-coaching job with Cincinnati and went on to join Michigan State as head coach in 2006.

His time at Michigan State didn’t come without some controversy. Curtis Blackwell, a former staffer who filed a lawsuit against Dantonio, claimed that Dantonio signed a troubled recruit – Auston Robertson – despite coaches’ warnings.

A year later, Robertson was charged and ultimately convicted of raping an MSU student.

Last month, excerpts from Dantonio’s five-hour deposition in that lawsuit, he said “friction” and a “disconnect” led him to part ways with Blackwell in the summer of 2017.

Blackwell’s contract with MSU wasn’t renewed in 2017 after he was arrested and suspended following a sexual assault scandal on the football team. Blackwell was never charged with a crime, but an investigation found he violated policy by not immediately reporting what he learned about allegations of sexual abuse and three star players.

While Dantonio’s complete, five-hour deposition transcript is under seal, portions of it have been released in a new court filing.

In it, Dantonio reealed that he told Blackwell he was being let go by phone while Dantonio was on a train in Italy. He said the conversation last only two or three minutes, and that he did most of the talking.

“(T)here were issues, as I said, there was a disconnect,” Dantonio said, adding later on: “…whether you want to call it friction, hostility, workplace environment, attention to detail, disconnect, accountability, structure to some degree, all came into question.”

Part of the motivation to move on from Blackwell, according to Dantonio, was a recent change in NCAA rule ending satellite camps, like one that Blackwell had run for years. The rule change, Dantonio said, made him less effective as a recruiter. Other pressures to make a decision, he said, was that former NFL executive Sheldon White was.