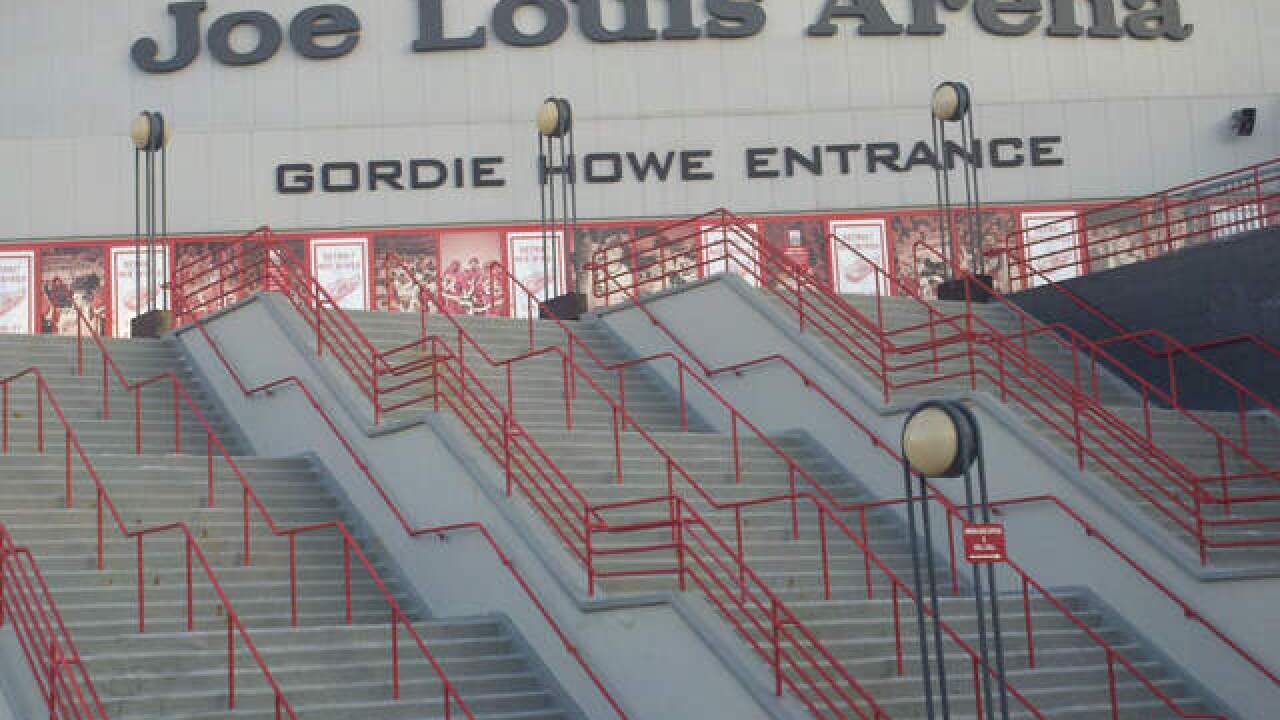 I got to spend a few hours inside the the old Joe Louis Arena. Sad day but fun at the same time. Sad to see her go but also looking forward to the future of the Red Wings at the new Little Caesars Arena. #lgrw #lca #jla #demolition

In the photos, you can see several construction vehicles where the ice used to be, as well as most of the lower bowl already demolished, while the upper bowl still stands.

Several Detroit Red Wings graphics with players and more are still on concrete beams inside the stadium.

In March, the city of Detroit confirmed to 7 Action News that demolition would begin on The Joe some time in April.

Internal demolition will begin first and it won't be obvious to the public. Then, by June or July, demolition to the exterior will begin. It won't be imploded like other stadium demolitions, but will be a process.

Detroit-based Adamo Group is handling the demolition on a $5.9 million contract with the city. With additional work, asbestos abatement and engineering, it's expected to cost around $10 million.

The city said demolition is expected to be complete by the first quarter of 2020 and having the site finalized.

The arena first opened in December 1979 and hosted its final Detroit Red Wings game on April 9, 2017, with the Red Wings beating the New Jersey Devils 4-1. A celebration of the arena took place after the game.

The last ticketed event for the arena was a WWE house show which happened on July 29, 2017. Seats went on sale in May of 2018 with the last opportunity for seats coming in October 2018.