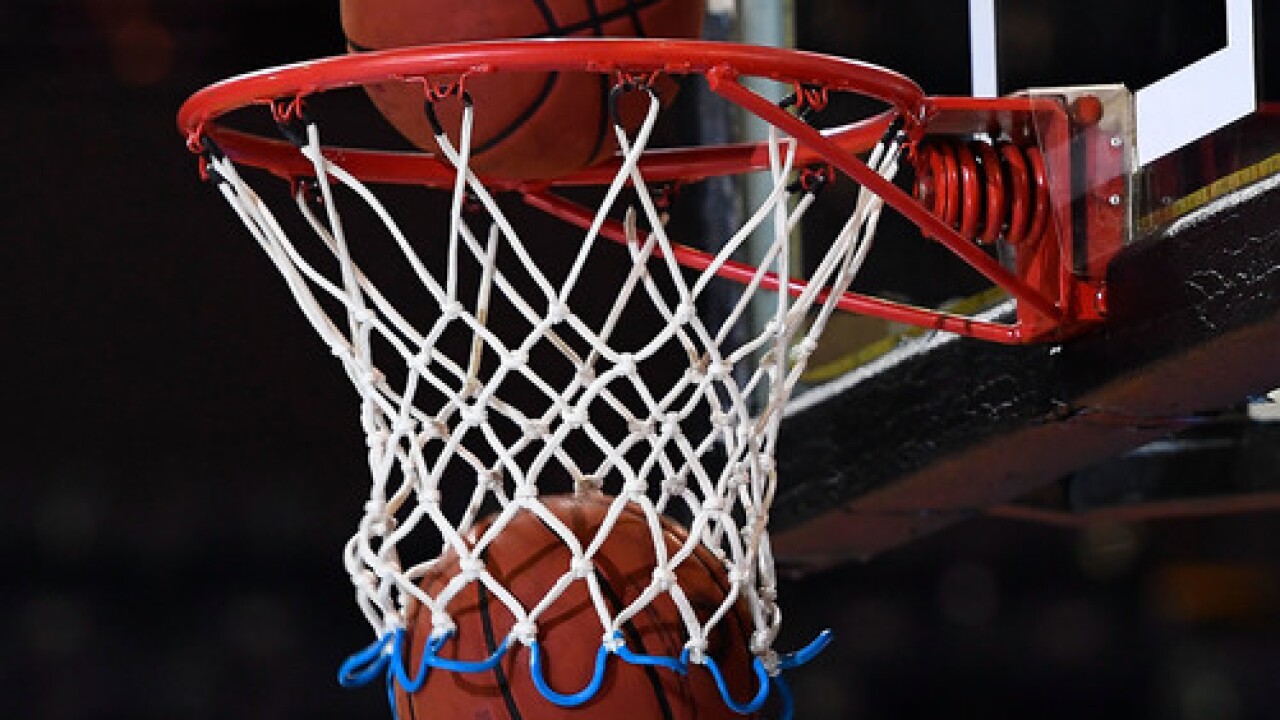 Image copyright 2017 Getty Images. All rights reserved. This material may not be published, broadcast, rewritten, or redistributed.
Ian Hitchcock
<p>CAIRNS, AUSTRALIA - FEBRUARY 05: Seen are game balls falling through the hoop before the start of the round 18 NBL match between the Cairns Taipans and the Perth Wildcats at the Cairns Convention Centre on February 5, 2017 in Cairns, Australia. (Photo by Ian Hitchcock/Getty Images)</p>

This was the third time Detroit Mercy scored more than 100 points this season.

Jermaine Jackson Jr. was just one steal short of a triple-double with 16 points, 13 assists, nine steals and six rebounds.

Allen drilled 3 of 4 from distance to finish 9 of 10 from the floor. Kameron Chatman had 23 points and nine rebounds as six Titans hit double figures.

The Titans, who took a 55-27 advantage into the locker room, scored 76 points in the second period.

Detroit Mercy drilled 17 from distance while hitting 59 percent (51-86) from the field.

Trevor Holston had 11 for Siena Heights.