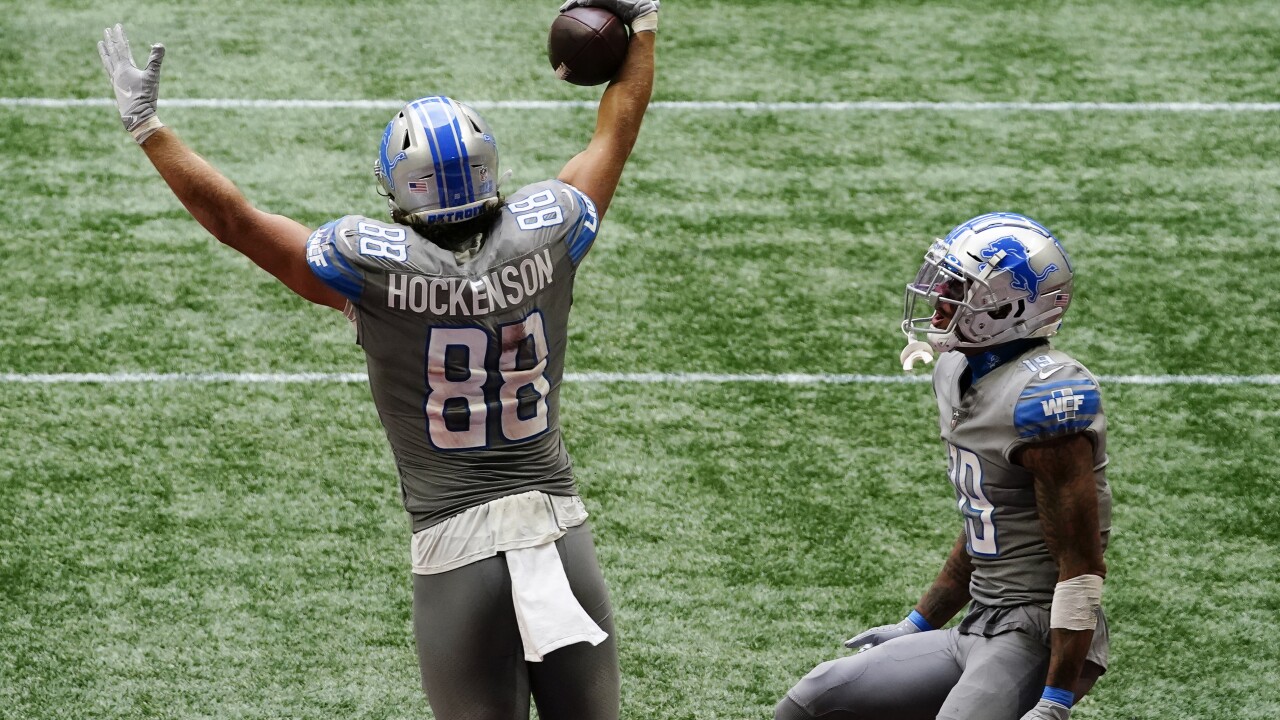 ATLANTA (AP) — Matthew Stafford connected with T.J. Hockenson on an 11-yard touchdown pass as time expired and Matt Prater booted a 48-yard extra point to give the Detroit Lions a stunning 23-22 victory over Atlanta.

The Falcons wound with another improbable loss because they scored a touchdown. Needing to get the ball back, the Lions made no attempt to tackle Todd Gurley on a 10-yard TD run. Gurley tried to fall down but landed on the goal line.

That gave Detroit one more chance, and Stafford made it count on the final play. Prater hit the PAT after an unsportsmanlike conduct penalty.