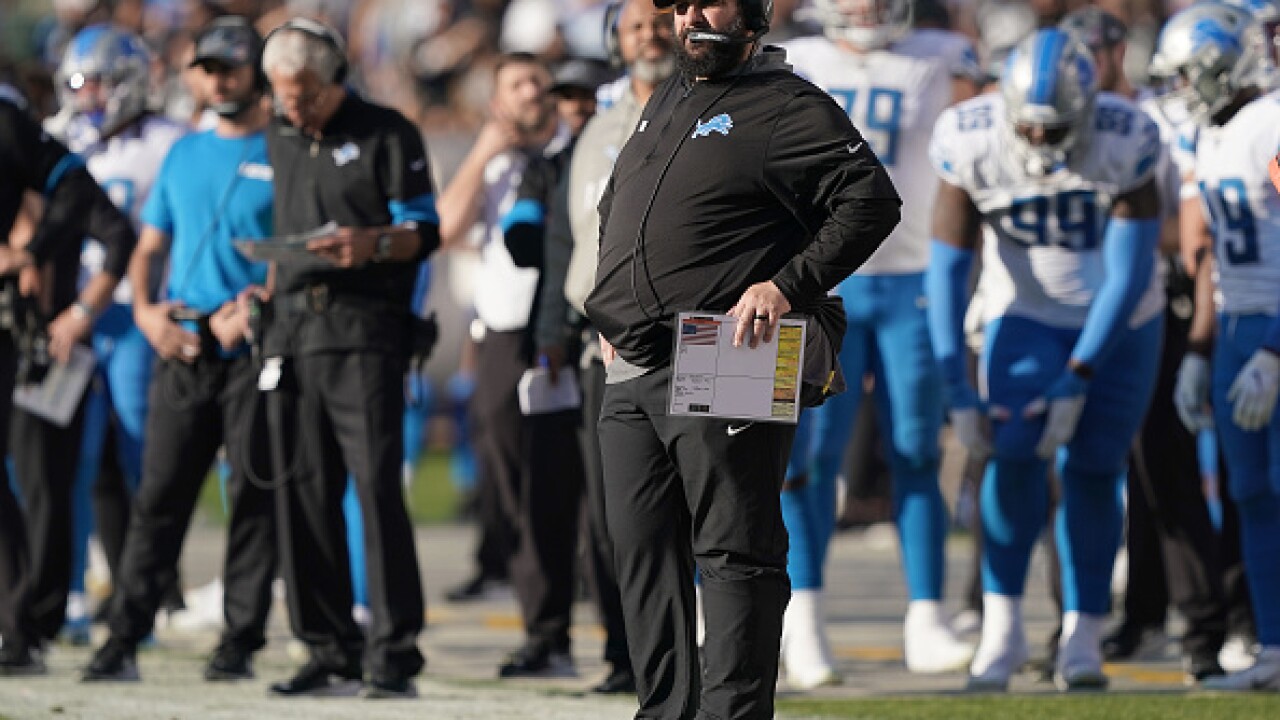 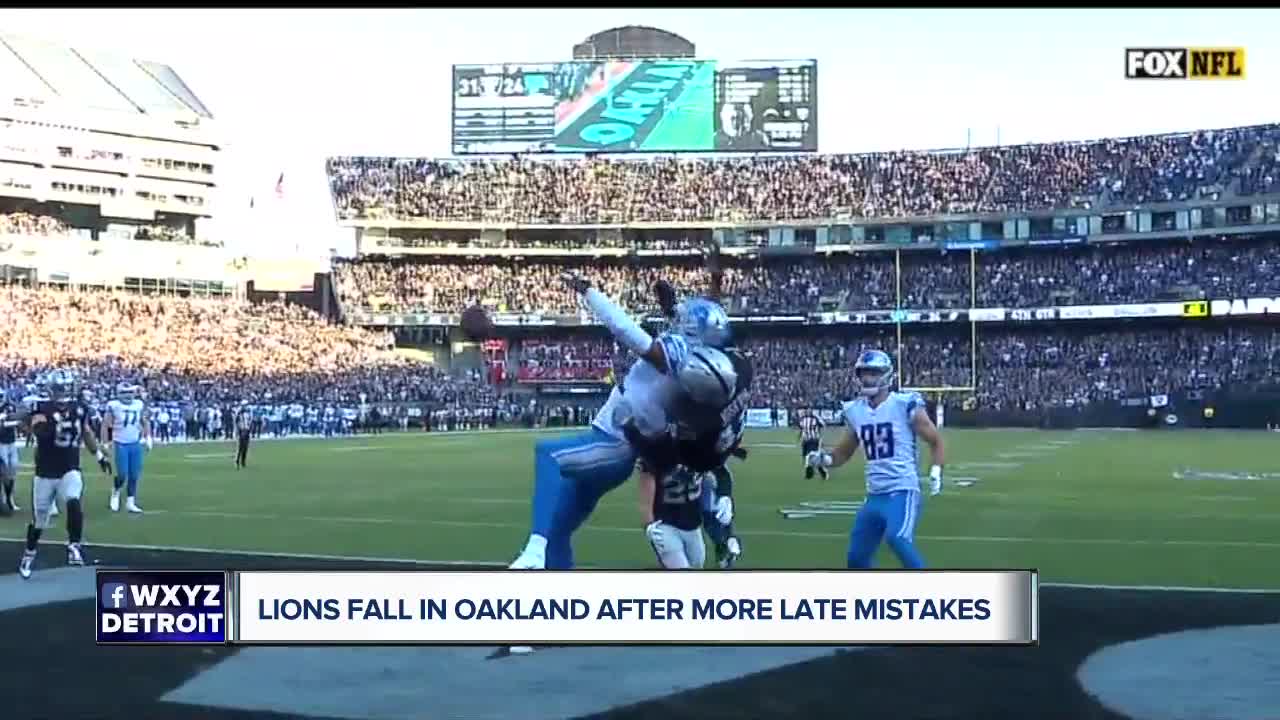 DETROIT (AP) -- The Detroit Lions' loss at Oakland was a microcosm of their season so far.

On a day when the other three teams in their division all lost, the Lions couldn't take advantage, falling 31-24 to the Raiders. Matthew Stafford had another big day statistically, throwing for 406 yards and three touchdowns, but Oakland had the superior running game, and Detroit blew several chances in opposing territory.

Now the Lions (3-4-1) face an uphill climb to make the playoffs -- even after going unbeaten in their first three games.

If the Lions miss the playoffs, they'll have plenty of games they can look back on with regret -- just from this first half of the season. They let a late lead slip away in a season-opening tie at Arizona. They came close to beating Kansas City at home but lost that game, and they blew another late lead at Green Bay amid some questionable calls from the officials.

The game at Oakland came down to the wire as well. Detroit had fourth-and-goal from the 1-yard line in the final seconds, but Stafford threw incomplete.

Stafford's passer rating is at 106 -- he's never finished a season in triple digits in that category. He's thrown for 2,499 yards in half a season, with 19 touchdown passes and only five interceptions.

He has plenty of receiving threats. Marvin Jones and Kenny Golladay are on pace for 1,000-yard seasons, and Marvin Hall has been an occasional deep threat. Danny Amendola is also playing his role nicely.

Detroit is allowing 424 yards per game, the second-worst mark in the NFL as of Monday afternoon. Defense was coach Matt Patricia's calling card when he took over -- he'd previously been a defensive coordinator with the Patriots -- but that side of the ball has been a disappointment.

"Certainly, I spend a lot of time on the defensive side of the ball, and I have the utmost confidence in (defensive coordinator Paul) Pasqualoni and the defensive staff to get the calls and the communication and get the game plan put together the way that we want to do," Patricia said. "I'm certainly involved in trying to help that and get that orchestrated."

The defensive line hasn't lived up to its potential after adding Trey Flowers and Mike Daniels, and the Darius Slay-led secondary hasn't been great either. Injuries to Daniels and Slay have been part of the problem, but Slay played Sunday and the Lions still gave up 31 points.

Tight end T.J. Hockenson caught three passes for 56 yards, his most yards receiving since he had 131 in the season opener. Detroit's first-round draft pick has had at least three catches in four of his last five games.

With Kerryon Johnson on injured reserve, the Lions' running game isn't much of a threat. Their leading rusher Sunday against the Raiders was J.D. McKissic with 32 yards.

When Detroit needed a yard on fourth down at the end of the game, the Lions called a pass play, and that wasn't a huge surprise.

Patricia said Hockenson took a hit to the back and was "pretty sore" -- but the Detroit coach did not indicate that the injury was particularly serious.

10 -- The number of points the Lions scored in three goal-to-go opportunities Sunday. Their one touchdown in that situation came on a fourth-down pass in the first quarter. In the third quarter, Detroit settled for a 23-yard field goal by Matt Prater, and on their final possession, the Lions failed to score at all.

The Lions play at Chicago this coming weekend, their first meeting of the season with the Bears.