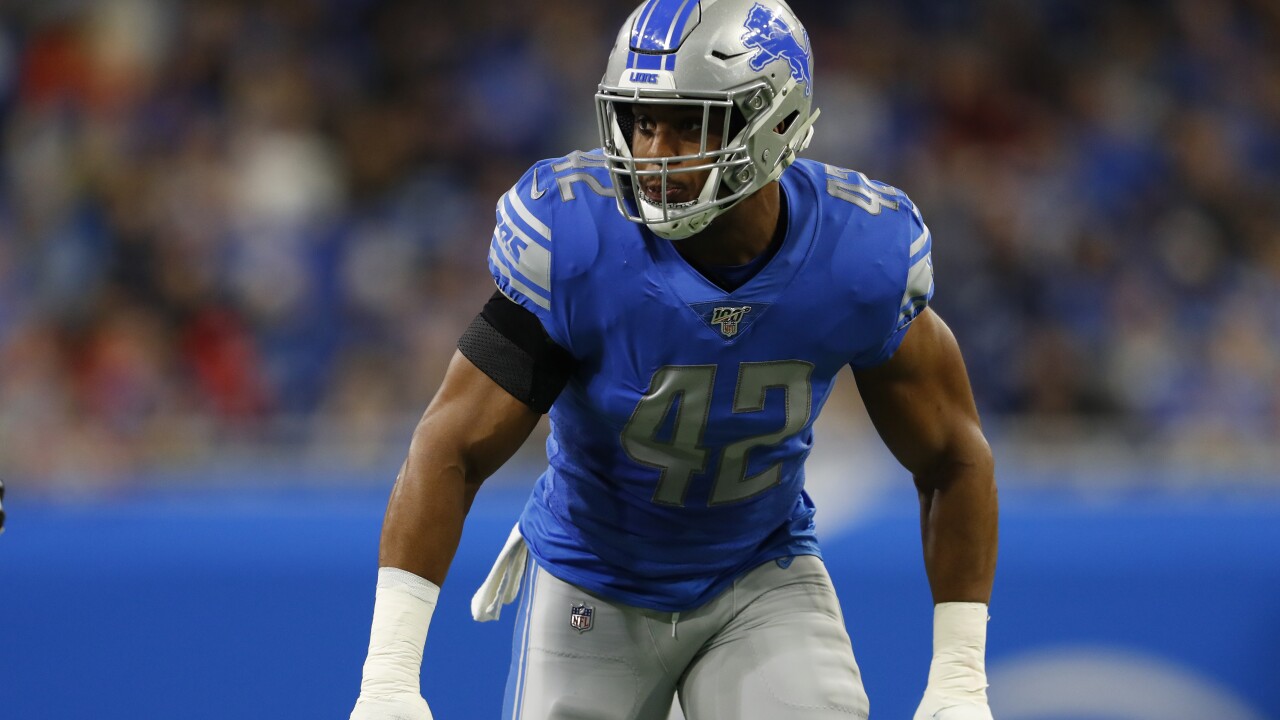 Detroit Lions outside linebacker Devon Kennard waits on the snap during the first half of an NFL football game against the Tampa Bay Buccaneers, Sunday, Dec. 15, 2019, in Detroit. (AP Photo/Paul Sancya)

The Detroit Lions have released linebacker Devon Kennard. He had seven sacks last season, matching a career and team high, and equaled a personal best with 58 tackles as a team captain.

Kennard has 23½ sacks in his career, which started in 2014 with the New York Giants as a fifth-round pick from Southern Cal. He started 15 games in each of his two seasons with the Lions and has 65 starts as a linebacker. The veteran is an outside linebacker, who rushes the passer, stops the run and plays in pass coverage.