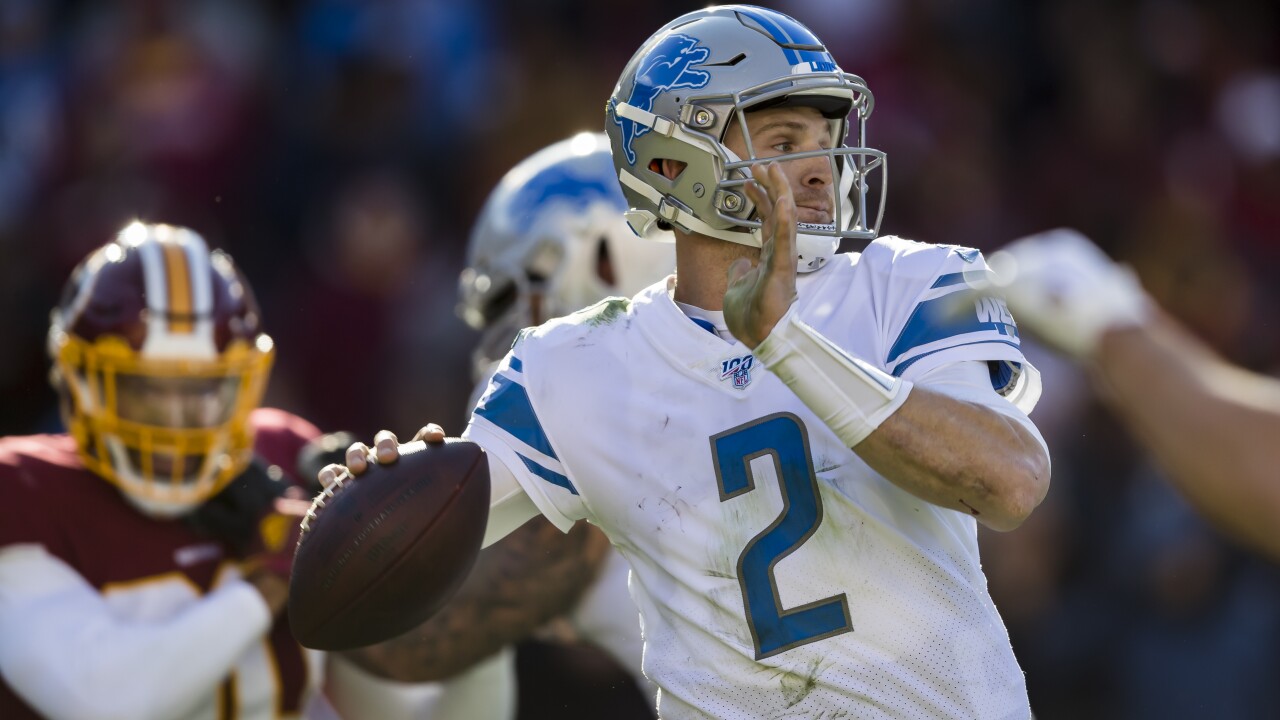 The Lions were already without injured quarterback Matthew Stafford, and then Driskel missed Thursday's loss to the Chicago Bears with a hamstring injury. David Blough made his NFL debut at quarterback.

The Lions host Minnesota next weekend.

The 25-year-old Sloter has not played in an NFL game. Sherman played in one game during the 2017 season for Green Bay.