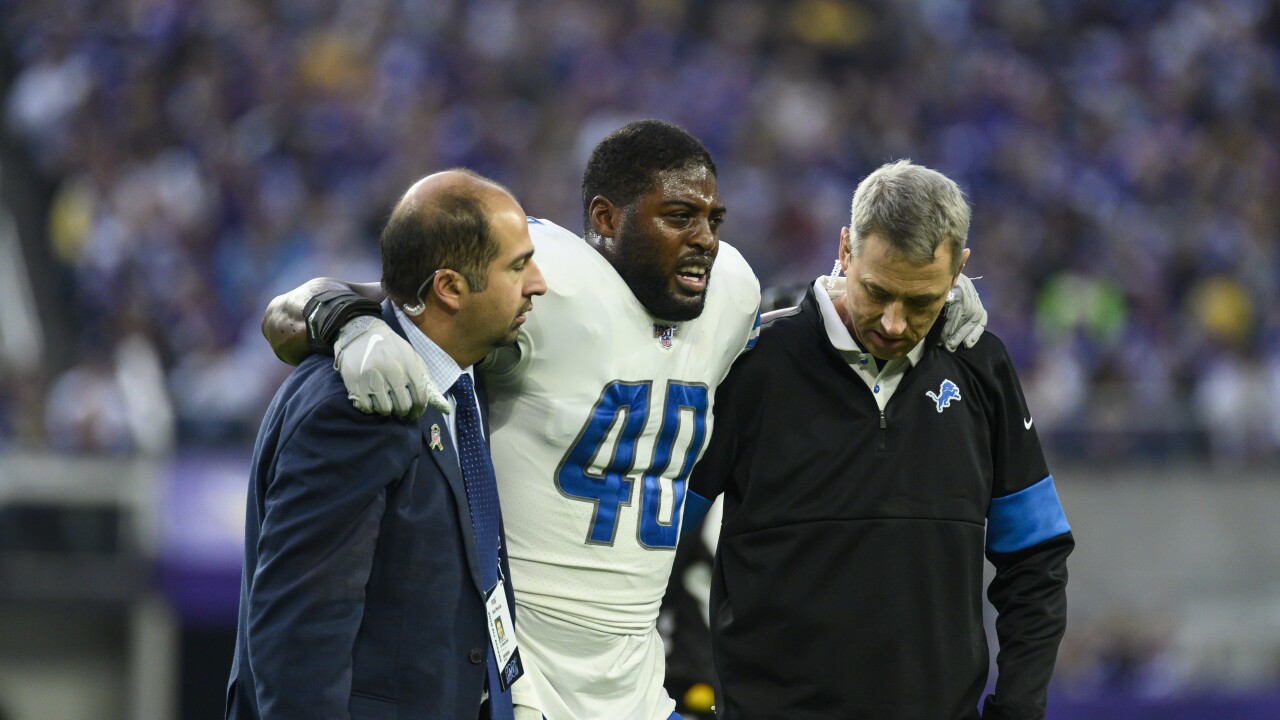 The Lions also announced that they have signed running back Wes Hills and tackle Dan Skipper to the active roster from the practice squad.

Davis and Dahl had already been ruled out for Sunday's game against Tampa Bay. Davis has been dealing with ankle and knee issues, and Dahl with back and knee problems.

Earlier in the week, the Lions put wide receiver Marvin Jones and defensive lineman Da'Shawn Hand on injured reserve. Quarterback Jeff Driskel and tight end T.J. Hockenson are among the other players Detroit has put on IR.