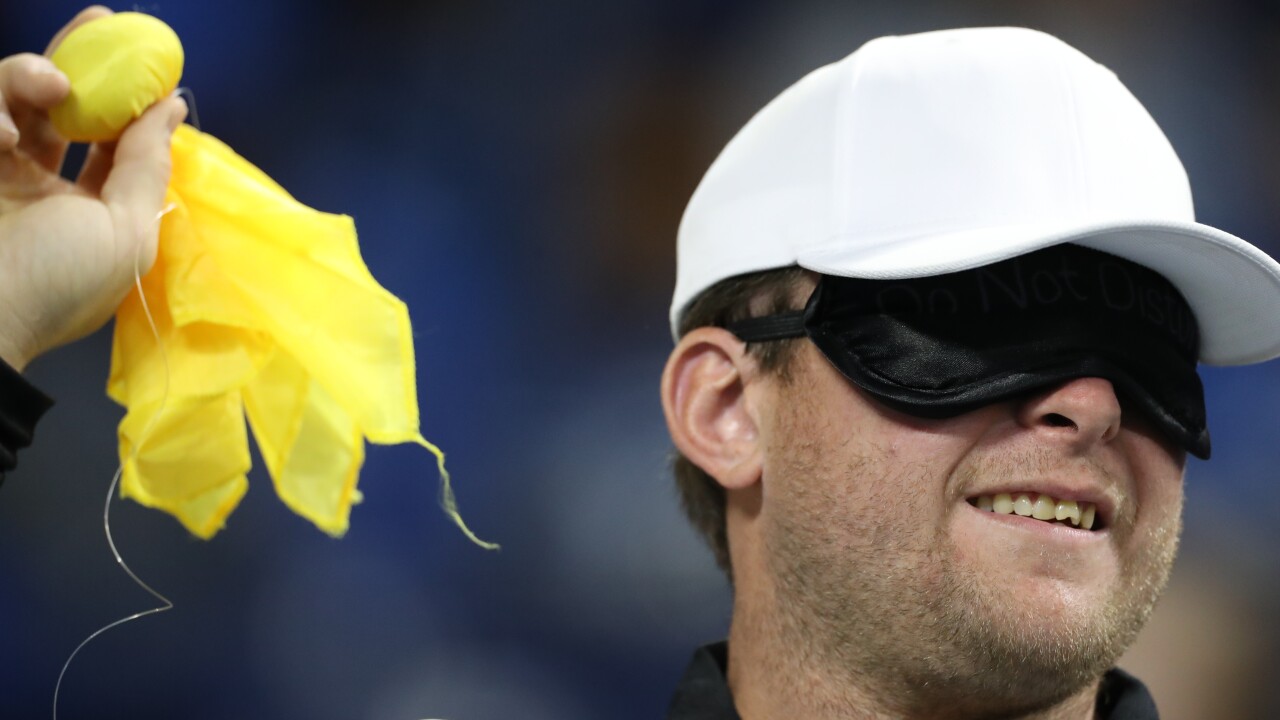 It's a different officiating crew this week, but Detroit fans don't care.

Lions fans booed loudly when the official began talking during the opening coin toss before Sunday's game against Minnesota. It clearly was a reaction to Monday night's game at Green Bay, where Detroit was on the short end of some questionable calls in a 23-22 loss.

The first flag of this weekend's game drew boos immediately when it was thrown. Then those became cheers when it turned out the penalty was on Minnesota.