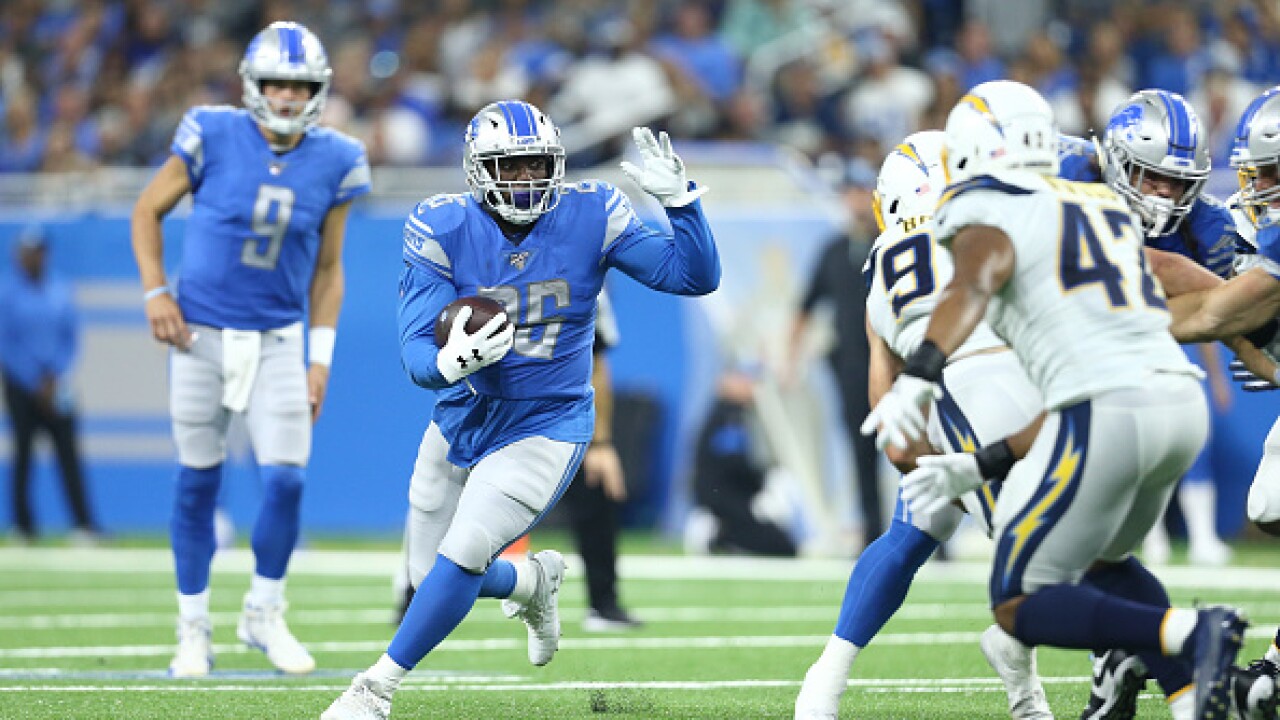 Detroit made the relatively surprising move Tuesday night after adding running back Paul Perkins off waivers from the New York Giants.

Anderson ran for 43 yards on 16 carries in two games, backing up Kerryon Johnson. He has 3,497 yards rushing and 22 touchdowns in his career in Denver, Carolina, Los Angeles and Detroit.

The Giants drafted Perkins in the fifth round three years ago and he has 546 yards and 208 yards receiving.

Earlier in the day, the Lions signed quarterback Jeff Driskel to add depth along with rookie David Blough behind Matthew Stafford and released quarterback Josh Johnson.

The Bengals waived Driskel off the injured reserve list with an injury settlement last week. He had a hamstring injury during training camp and lost the No. 2 job to rookie Ryan Finley. San Francisco drafted the former Florida and Louisiana Tech player three years ago in the sixth round. He has completed 105 of 176 passes for 1,003 yards with six touchdowns and two interceptions.