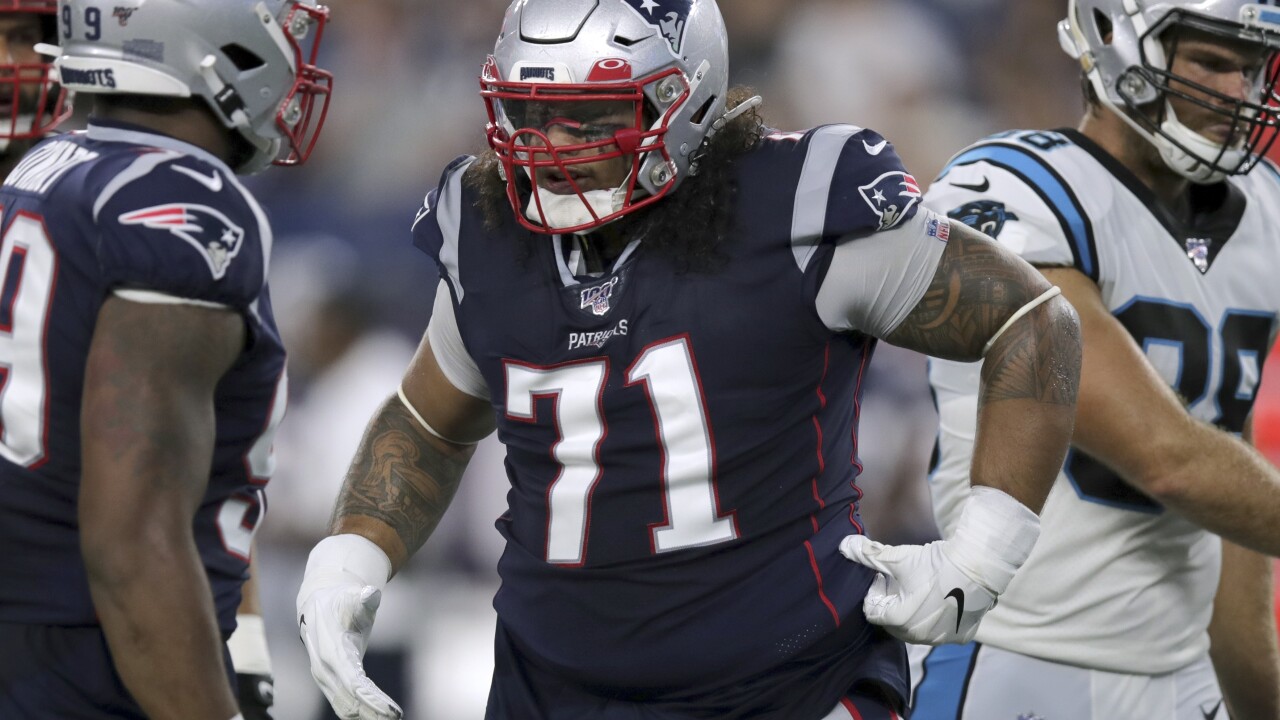 New England Patriots defensive tackle Danny Shelton walks to the huddle in the first half of an NFL preseason football game against the Carolina Panthers, Thursday, Aug. 22, 2019, in Foxborough, Mass. (AP Photo/Charles Krupa)

DETROIT (AP) — Add a couple more names to the parade of ex-Patriots joining the Detroit Lions.

The Patriots also agreed to trade safety Duron Harmon to the Lions, according to a person with knowledge of the deal. The person spoke on condition of anonymity because the trade had not been announced.

Detroit general manager Bob Quinn also has New England ties, and it has been common for the Lions to add former Patriots to their roster in recent years.

Last season, Detroit added several other players who had previously been with the Patriots, including defensive end Trey Flowers, receiver Danny Amendola and defensive back Justin Coleman.

Shelton had three sacks and a forced fumble last season. He has played five NFL seasons — three with Cleveland and two with the Patriots. He was a first-round draft pick by the Browns in 2015.