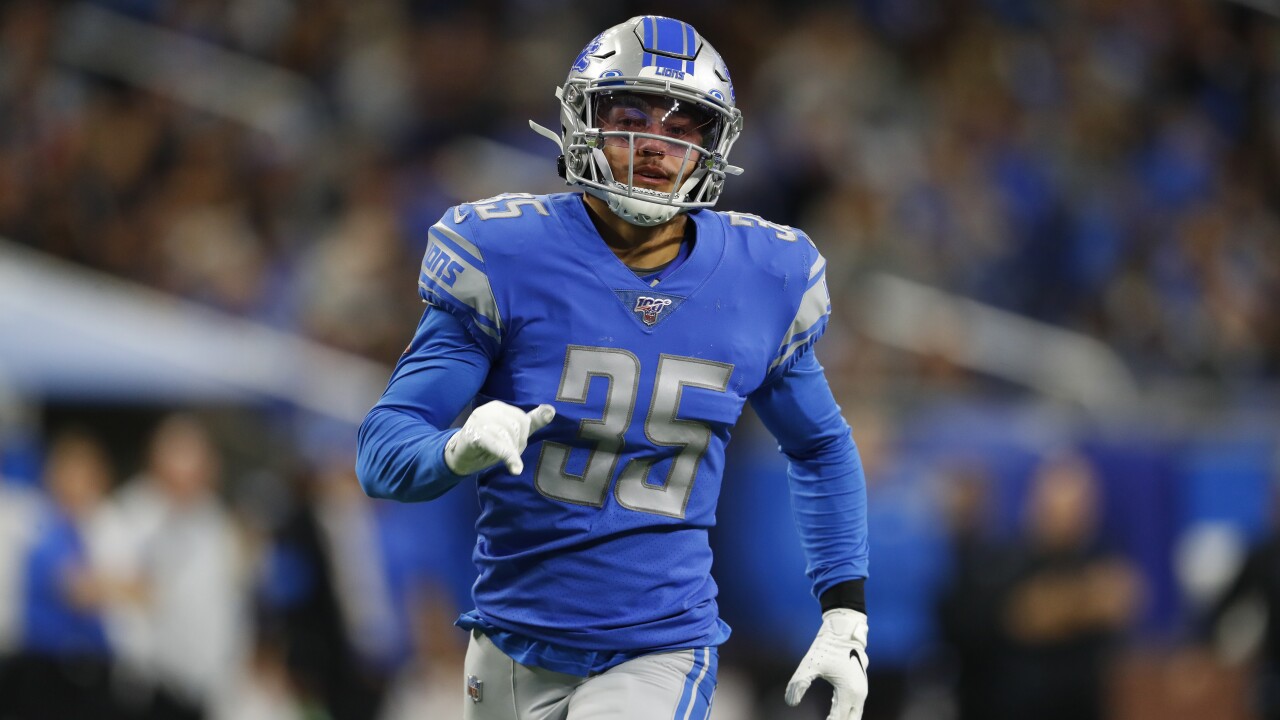 Detroit Lions defensive back Miles Killebrew in action during the second half of an NFL football game against the Tampa Bay Buccaneers, Sunday, Dec. 15, 2019, in Detroit. (AP Photo/Paul Sancya)

McRae is entering his fourth NFL season after spending the past two with Cincinnati and splitting 2017 between Cincinnati and Baltimore. He originally signed with Oakland as an undrafted rookie.

McRae has played in 37 games, including three starts.

The Lions announced that they’ve agreed to terms with safety Miles Killebrew, who has been with Detroit for four seasons since being drafted in 2016.