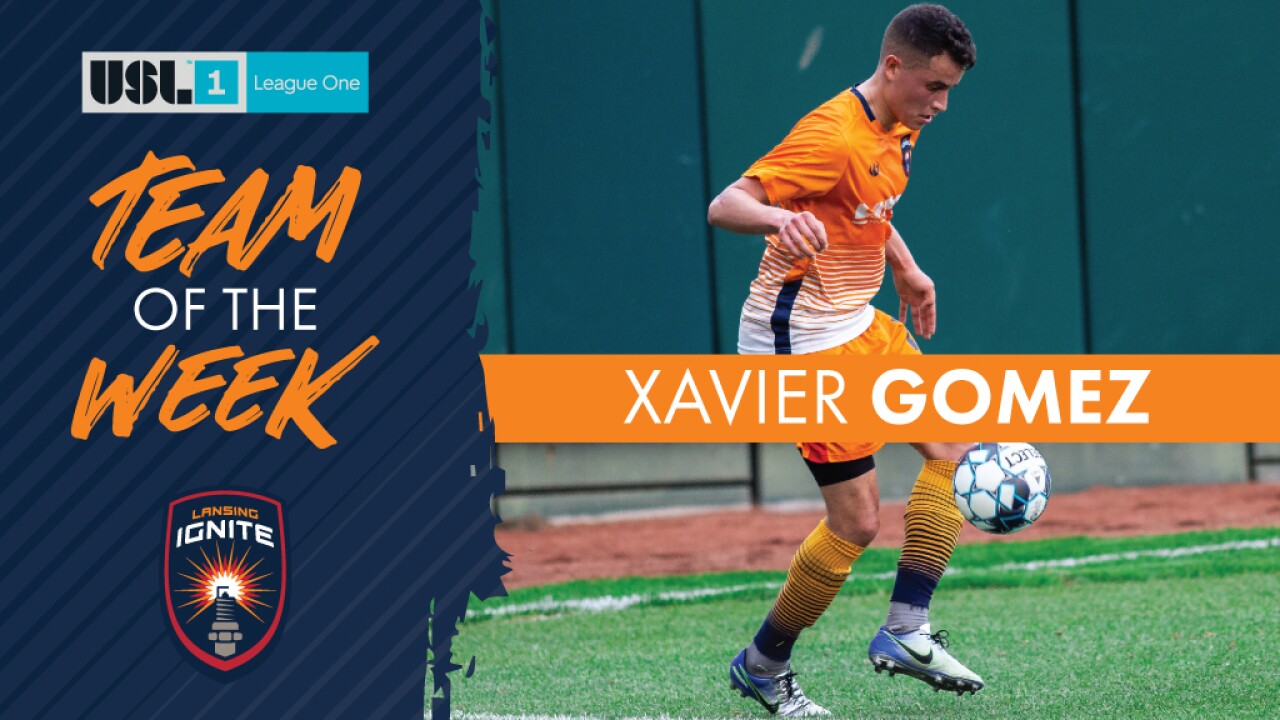 LANSING, Mich. — For a second time this campaign, Lansing Ignite FC midfielder Xavier Gomez has been named to the USL League One Team of the Week after an exceptional performance against North Texas SC in Week 8 action.

Gomez notched an assist in Lansing’s 2-2 draw with North Texas and also recorded 12 recoveries and completed 22 of 30 passes to help LIFC earn yet another point this season.

Saturday's result brought LIFC to an overall record of 4-4-3, with a League One record of 2-3-3. Gomez and the club are now preparing to face off against South Georgia Tormenta FC at 8 p.m. ET from Statesboro, Georgia, on Saturday. For more information on Ignite FC, follow the team on Twitter, Facebook and Instagram