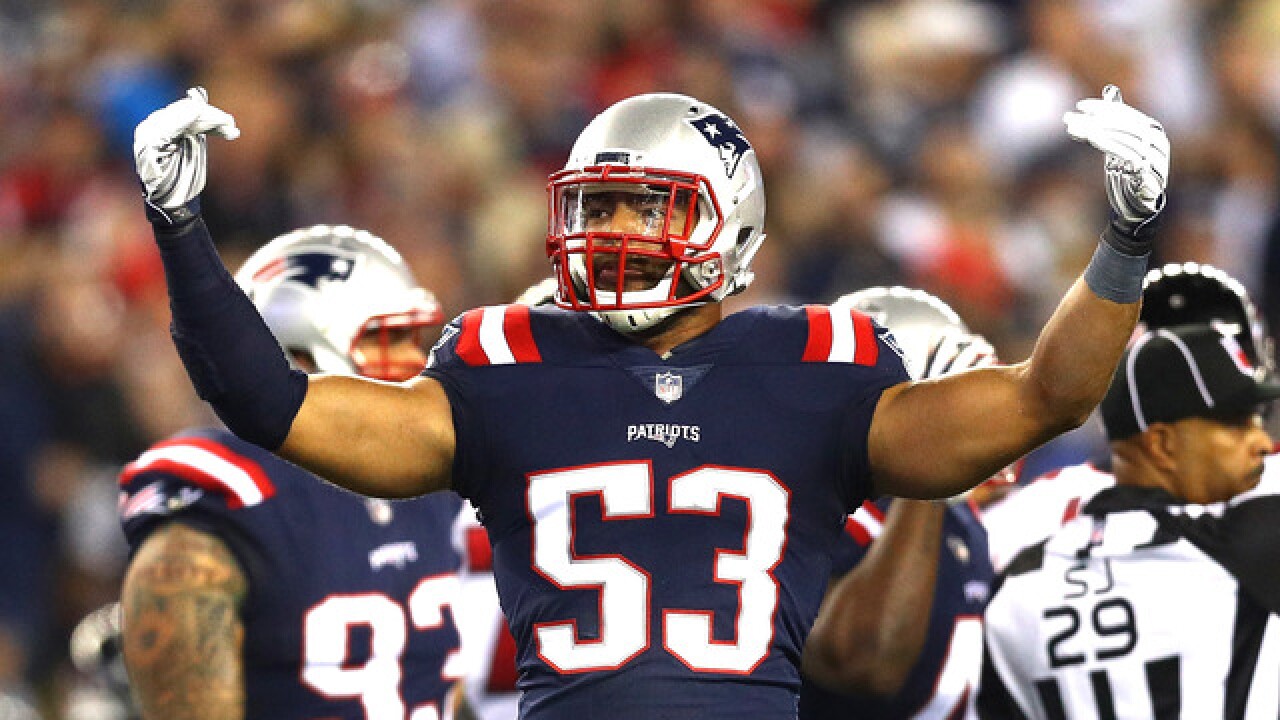 <p>FOXBORO, MA - OCTOBER 22: Kyle Van Noy #53 of the New England Patriots reacts during the second quarter of a game against the Atlanta Falcons at Gillette Stadium on October 22, 2017 in Foxboro, Massachusetts. (Photo by Maddie Meyer/Getty Images)</p>

A person familiar with the negotiations says linebacker Kyle Van Noy has agreed to a $51 million, four-year contract with the Miami Dolphins.

The person confirmed the deal on the condition of anonymity because the NFL signing period hasn’t begun. Van Noy tweeted “MiamiDolphins” with emojis wearing sunglasses.

Van Noy started the past three seasons for New England and totaled 15½ sacks, including a career-high 6½ last year. He’ll upgrade a Miami pass rush that finished last in the NFL in 2019 with 23 sacks.