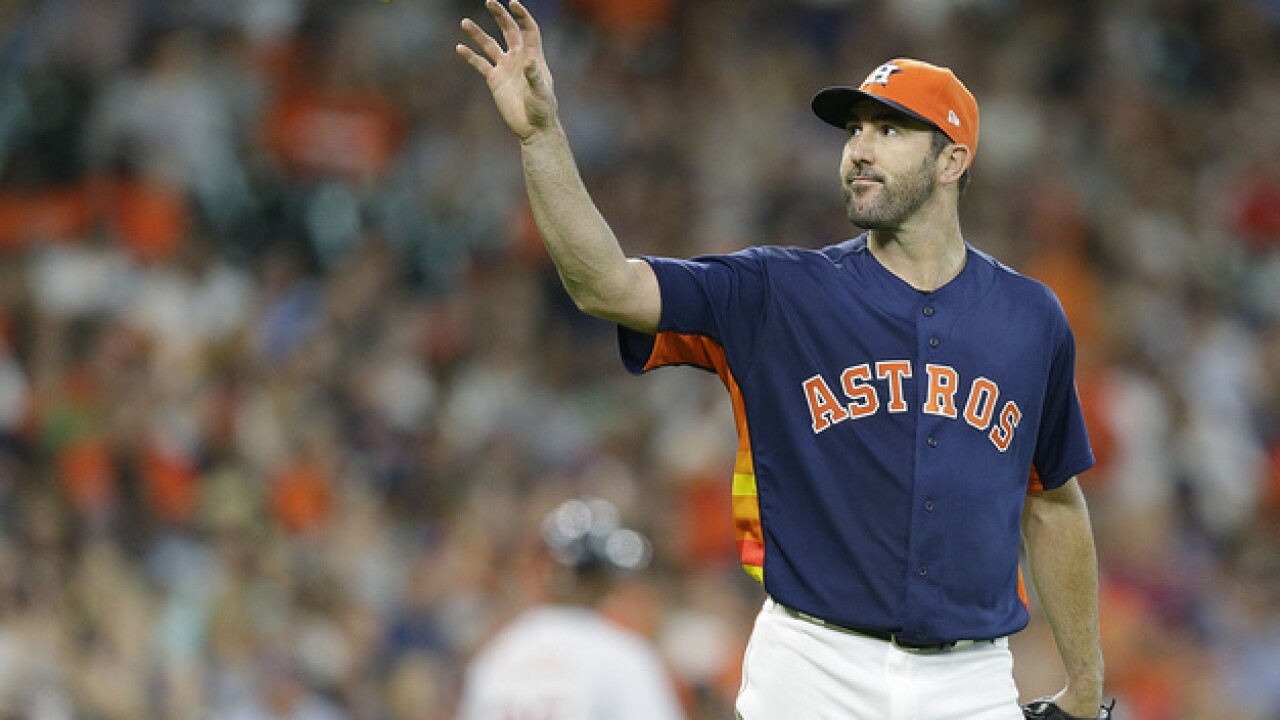 Copyright Getty Images
Bob Levey
<p>HOUSTON, TX - JULY 15: Justin Verlander #35 of the Houston Astros catches the ball after giving up a home run to Jim Adduci #37 of the Detroit Tigers in the sixth inning at Minute Maid Park on July 15, 2018 in Houston, Texas. (Photo by Bob Levey/Getty Images)</p>

Former Detroit Tigers pitcher Justin Verlander got emotional during a video tribute played on the scoreboard at Comerica Park before Monday's game.

As Verlander was warming up, the team played a two-screen video tribute, with one showing highlights from Verlander's illustrious career in Detroit with the other showing his live reaction.

It ended with a graphic saying, "Thank you Justin!" before he walked off the field, tipping his cap to the fans and being visibly emotional.

The fans gave him several standing ovations before the game started and as he took the field.

. @JustinVerlander tries to keep his eyes from sweating as he gets love from the @tigers faithful. pic.twitter.com/jhFGpe1Vzq

JV taking off his cap and tipping it to the #Tigers fans who were all on thier feet after an awesome video tribute of his Detroit career. Guy is and will always be beloved by Tigers fans #JVReturnstoMotown pic.twitter.com/qNbgwIJcay

WOW....Huge standing ovation 4 JV as he walked to the mound 4 the first time as a visitor at Comerica Park. I would say there has never been another visitng player or won't be anytime soon to get that kind of love. Gave me chills when he tipped his cap #JVReturnstoMotown #Tigers pic.twitter.com/OpTXgIQAvv