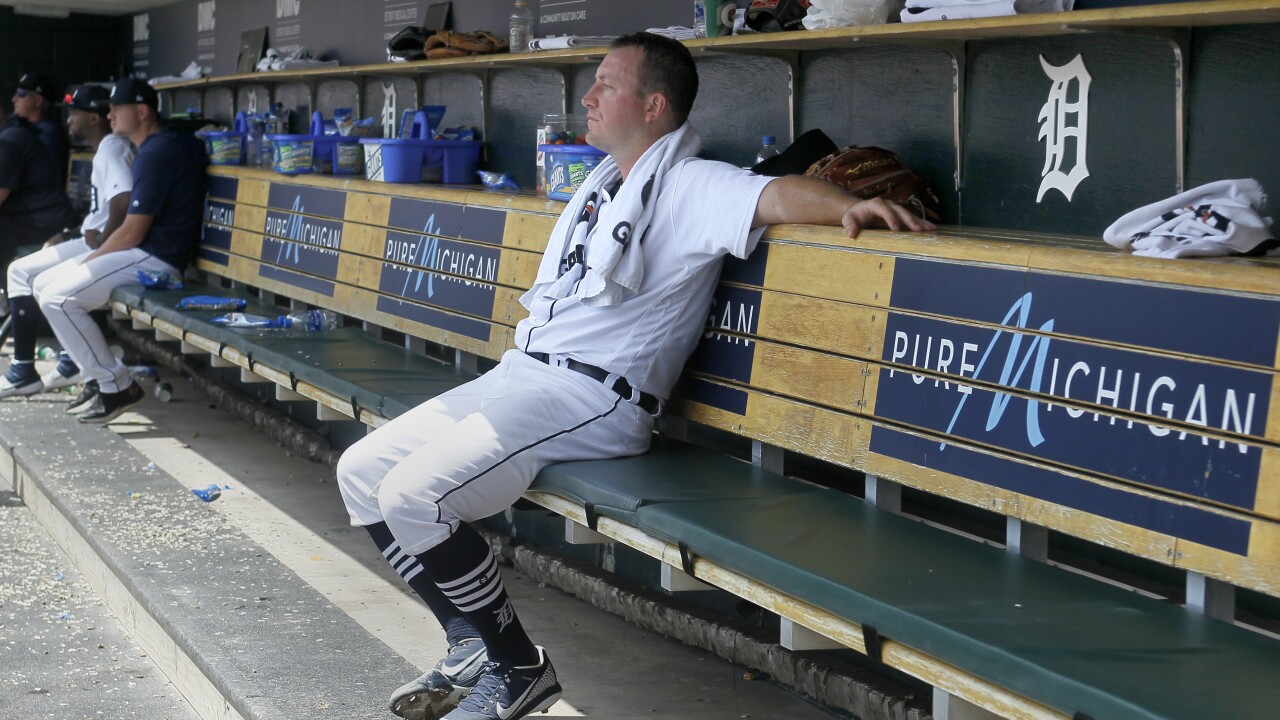 Vince Velasquez pitched impressively into the sixth inning and the Phillies beat the Detroit Tigers 4-0 Wednesday to finish a quick two-game sweep. Harper sat out, but Philadelphia didn't need much offense.

"This felt kind of like a double win, mainly because we were able to rest Harper," Phillies manager Gabe Kapler said. "Also huge to get J.T. (Realmuto) off his feet."

Realmuto played first base instead of catcher, and he homered in the fourth inning to open the scoring. Nick Williams also went deep for Philadelphia, which has won five of six heading into a matchup with NL East-leading Atlanta.

The Phillies won the series opener at Detroit 3-2 in 15 innings in a game that ended early Wednesday, shortly after midnight. The teams returned to the field for an afternoon game, and Velasquez (3-5) outdueled Jordan Zimmermann.

Velasquez allowed four hits and two walks in 5 2/3 innings. He struck out nine.

Realmuto opened the scoring in the fourth with a solo shot, his 12th homer of the season. Then Philadelphia added three more runs the following inning.

Williams opened the fifth with a homer, and Cesar Hernandez added an RBI double. Rhys Hoskins hit a run-scoring single to make it 4-0, chasing Zimmermann.

Velasquez was in a jam in the second but struck out Gordon Beckham with the bases loaded to end the inning. He left in the sixth with two on and two out. Ranger Suarez, the first of three Philadelphia relievers, struck out Christin Stewart to end that threat.

"We never really got anything going offensively," Detroit manager Ron Gardenhire said. "Some of that is their pitching -- you have to give their guy credit -- but we weren't doing anything. Maybe some of it was mental fatigue but we were chasing a lot of balls outside the zone."

Zimmermann has made 13 starts this season. That's the most of any major league pitcher without a victory -- with the exception of Tampa Bay's Ryne Stanek, who has made 27 starts as an opener, a role that rarely leads to a victory for the pitcher.

Zimmermann, on the other hand, has simply been ineffective. The game Wednesday increased his ERA to 7.57.

"I thought I was really in command for four innings and then boom, boom, boom, I'm out of the game," Zimmermann said. "The slider to Realmuto was a well-executed pitch, but I didn't get it done in the fifth."

This was the first game Harper has missed this season. He played in a career-high 159 last year with Washington.

Phillies: Philadelphia has an off day Thursday before beginning its three-game home series against Atlanta. Jake Arrieta (8-7) is slated to start the opener for the Phillies.

Tigers: Detroit begins a four-game series at Seattle on Thursday night. The Tigers plan to call up Drew VerHagen (1-0) from Triple-A Toledo to make that start. LHP Daniel Stumpf was optioned to Toledo after Wednesday's game.