Jerry Kelly wins in Michigan for second win of the year 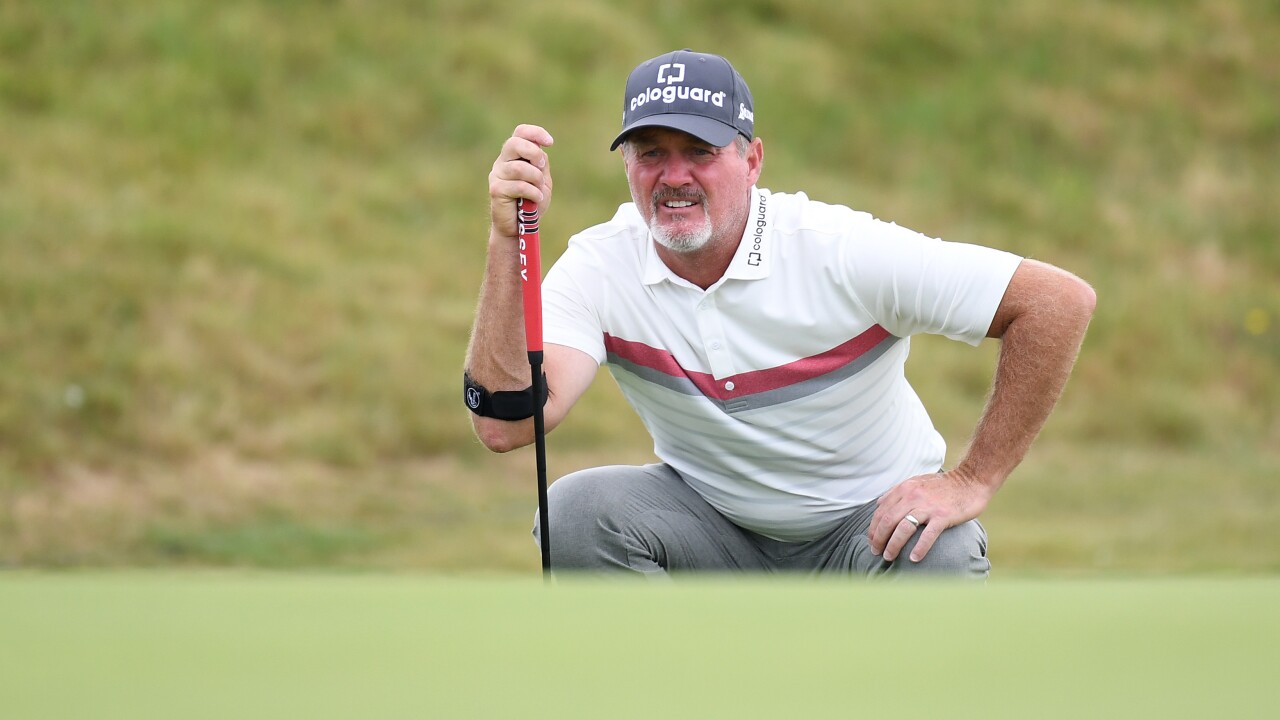 GRAND BLANC, Mich. (AP) -- Jerry Kelly played bogey-free Sunday at Warwick Hills and closed with a 4-under 68 for a two-shot victory in the Ally Challenge, his second victory this year on the PGA Tour Champions and moving him a little closer to the top of the Charles Schwab Cup standings.

Kelly started the final round with a one-shot lead over Schwab Cup leader Scott McCarron and Woody Austin. Only one of them challenged Kelly.

McCarron fell apart with four bogeys in a five-hole stretch around the turn and shot 75 to tie for 15th. Austin caught Kelly briefly with a birdie on No. 3, but he never could conjure up the vibes at Warwick Hills, where Austin won his first PGA Tour event.

Kelly had a pair of birdies on the front nine, and he seized control on the back nine when Austin made bogey on the par-4 15th. Two holes later, on the par-3 17th, Kelly made his final birdie for a three-shot lead.

Austin birdied the 18th and shot 69 to finish alone in second. Steve Flesch (66) and Tim Petrovic (67) tied for third, four shots behind.

Kelly also won two months ago in his native Wisconsin at the American Insurance Family Championship. He became the fourth multiple winner this year on the PGA Tour Champions, joining McCarron (three victories), and Steve Stricker and Bernhard Langer (two).

McCarron still has a big lead in the Schwab Cup. Kelly, who finished at 16-under 200, earned $300,000. He remained at No. 2 in the Schwab Cup, $492,083 behind McCarron with three more events before the PGA Tour Champions' three-tournament postseason.

"We know we've got to catch up to Scotty," Kelly said. "We've got to do something special. He's been playing great and he's got a huge lead. All we can do is try and chase him down, try to win tournaments."

Kelly was not a regular during his PGA Tour days, when Warwick Hills was host of the Buick Open.

Austin, however, won the Buick Open in 1995 for his first PGA Tour victory, and it was enough for him to be voted PGA Tour rookie of the year over David Duval. He just didn't have enough Sunday to track down Kelly.

"I played terrible last year -- our first year back -- but I still wasn't going to not come back. It's a special place," Austin said. "This was my first tour win, got me rookie of the year, all that sort of jazz. Just like I said, it wasn't my time."