Jackson tremendous in return to Detroit, carries Tigers over Royals 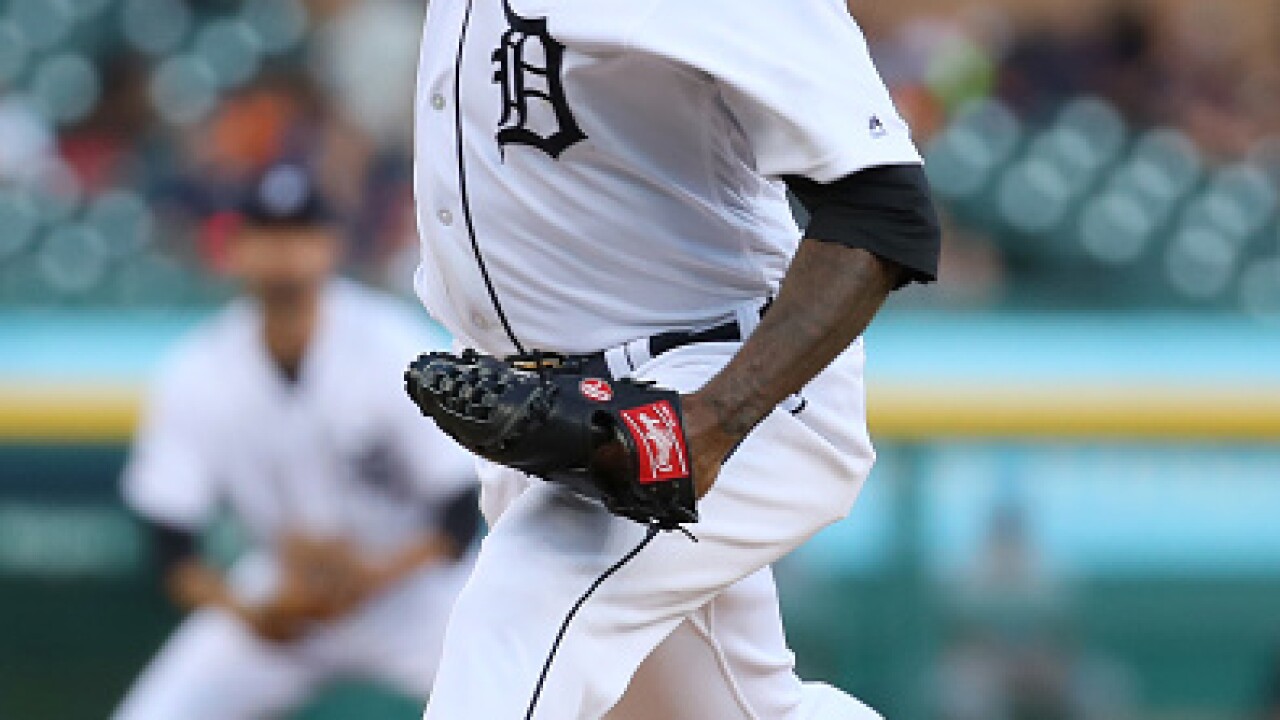 Edwin Jackson pitched neatly into the seventh inning in his return to the Detroit Tigers, overcoming an inside-the-park home run to lead off the game and beating the Kansas City Royals 5-2 on Friday night.

The Tigers, who topped Kansas City a day earlier, posted back-to-back wins at home for the first time since they swept the Royals in their first home series of the season. Detroit, which has the worst record in the majors, hadn't won two straight anywhere since a three-game winning streak in Baltimore and Atlanta from May 28-31.

The 35-year-old righty, who has pitched for a major league record 14 teams, began this season with Toronto. He gave up a one-out single in the seventh and was replaced by Nick Ramirez, drawing a standing ovation on his walk back to the dugout and applauding the fans in return.

Whit Merrifield led off the game with his second career inside-the-park homer. His line drive evaded the leap of center fielder Victor Reyes and bounced hard off the wall. As Reyes and fellow outfielders Harold Castro and Travis Demeritte chased down the ball, Merrifield circled the bases and scored easily.

Tigers reliever John Schreiber, who grew up 25 miles south of Comerica Park, made his major league debut by pitching the ninth. The first hitter he faced, Jorge Soler, homered on a 3-1 pitch, and he allowed two more hits while getting two outs.

Joe Jimenez retired Nicky Lopez to end the game and earn his first save. He took over as closer when All-Star closer Shane Greene was traded to Atlanta.

Dawel Lugo's two-run single gave the Tigers the lead in the bottom of the first, and the game stayed 2-1 until the fifth.

Niko Goodrum led off the fifth with a triple to right-centerfield and scored on Miguel Cabrera's single through a drawn-in infield.

Jake Rogers hit his third career homer to make it 4-1 in the sixth and Jordy Mercer scored later in the inning on a wild pitch.

The Tigers have nine wins against the Royals this season, more than a quarter of their season total of 35.

Tigers CF JaCoby Jones missed the game after being hit in the left wrist by a pitch on Thursday, but is not expected to go on the injured list. . The Tigers activated 2B Josh Harrison (hamstring) from the 60-day disabled list and gave him his unconditional release.

The Royals optioned RHP Kyle Zimmer to Triple-A Omaha, the day after he allowed two runs in 1 1/3 innings of relief, including a bases-loaded walk. Kansas City recalled LHP Eric Skoglund from Omaha.

Merrifield's inside-the-park homer was the second Tigers start in a row that Jackson had allowed a home run to the game's first batter. In his final start of 2009, on Oct. 2, Scott Podsednik hit a leadoff homer in an 8-0 win for the Chicago White Sox.