Money raised by the course goes to Folds of Honor 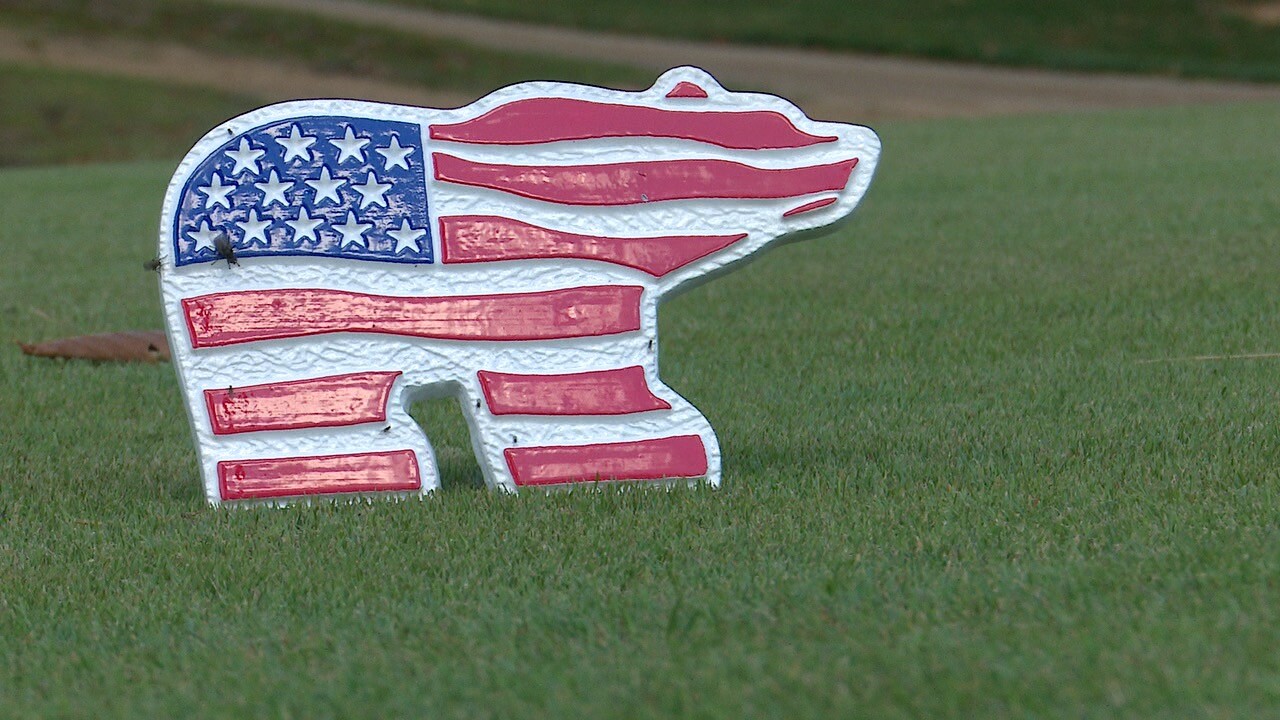 "It's pretty isn't it," Nicklaus stated about the large American flag flying over the course. "It's rather unique. I'm trying to figure out what happens if you draw it a little bit off of nine. You end up saying wait until the wind, hit now! Hit now!"

Nicklaus has designed more than 450 courses all over the world. He charges $3 million to do it, but waived that fee here because all profits from American Dunes will go to Folds of Honor which provides scholarships to spouses and children of fallen soldiers.

"The real fun of the project is knowing that what you are doing is going to benefit a lot families, a lot of kids," Nicklaus said. "Barbara and I have been about kids for a long time and when you talk about educating kids and educating kids particularly of fallen warriors, that is something that has been pretty special to all of us."

The land is where the old Grand Haven Golf Club was, it closed back in the fall of 2018 and work began for American Dunes.

For Lieutenant Colonel Dan Rooney whose family owns the property, there was a tough decision to be made with what to do with the land.

Turning into a real estate development was an option, but they decided to go this route.

"What you see out here is the culmination of literally hundreds of people making the hard right decision to build a golf course that will last for generations and do a whole lot of good," Rooney said.

The new course looks very little like many would remerber Grand Haven, Nicklaus estimates they removed a thousand trees.

"Why did we do that? Well, we had to," Nicklaus said. "The name of the golf course was American Dunes, you couldn't see the dunes if you had all the trees there."

The course will have five tees all named in honor of the military.

The tips will be called the "Jet" tees and the course will play long and difficult from there.

From the middle tees which will be called "Freedom" the course is extremely playable and fair.

"I think I would categorize this golf course as one that is for the pleasure of the people that come here, to enjoy, to have fun with," Nicklaus said. "To walk away feeling I really had a great day but I also contributed to a great cause."

The course is scheduled to open to the public in May of 2021.