Isaiah Livers uncertain for Michigan’s matchup with No. 16 Spartans 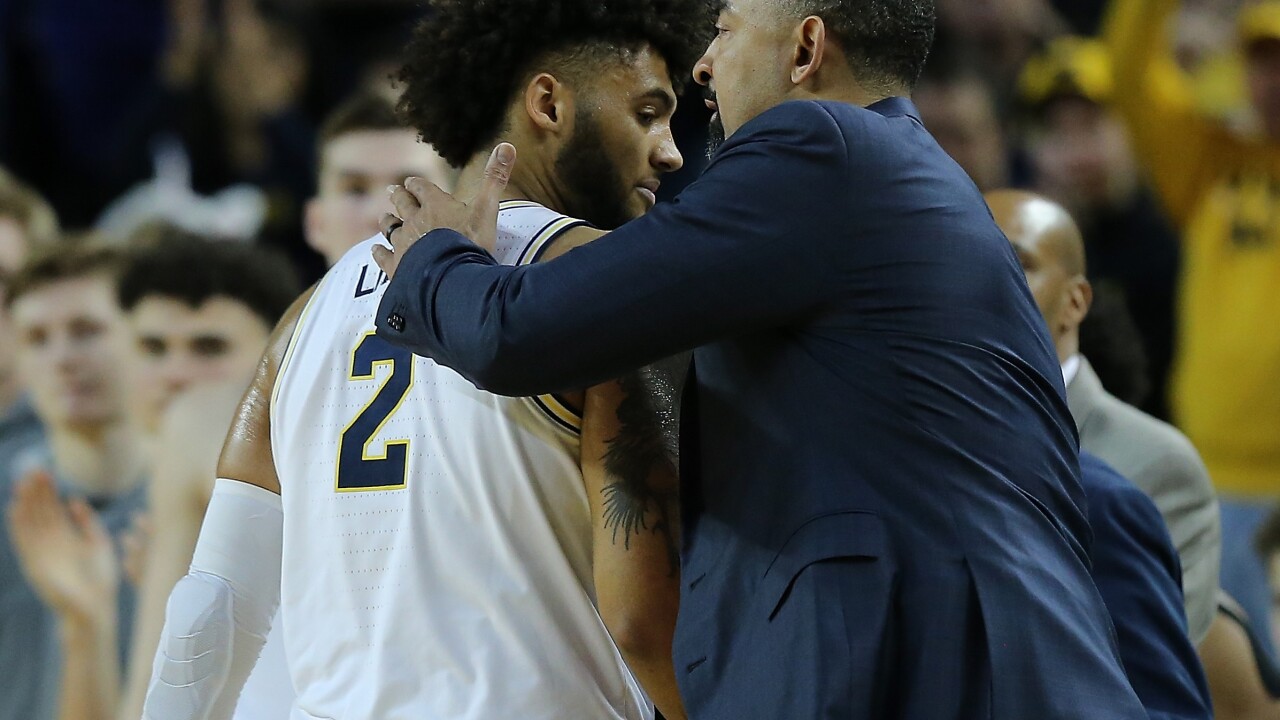 Much like it’s been for almost seven weeks now.

“You’ve got to sit there, it’s like torture,” Livers said. “Coaching up your teammates to the best of your ability, as if you were out there. I want to be out there so bad and help them — just keep praying.”

Livers was available at Michigan’s media session Friday, but that doesn’t necessarily mean the 6-foot-7 junior will be able to play Saturday when the Wolverines host No. 16 Michigan State. He was injured against Presbyterian on Dec. 21 and has appeared in only one game since. He hurt himself again Jan. 25 against Illinois.

He said he was hoping to practice Friday, but it was hard to tell how confident he was about playing this weekend.

“Got to work on my range of motion and see how that goes first, because if that’s not there, then I obviously can’t get on the court,” he said.

With Livers out, Michigan (13-9, 4-7 Big Ten) has struggled. The Wolverines have dropped their last three home games.

Michigan State isn’t exactly rolling either. The Spartans (16-7, 8-4) have lost two in a row and are coming off a home loss to Penn State.

“They’re going to play at a different level. They’re home, and we understand that,” Michigan State coach Tom Izzo said.

Livers hurt himself on a dunk attempt against Presbyterian. The team described it as a groin injury. When he returned against Illinois, he was injured on another dunk attempt.

“It was more of hip flexor, just the stuff around it,” he said.

Livers described the second injury as a tweak.

“It wasn’t as bad,” Livers said. “No negative results on the MRI, so everything was fairly positive. ... It’s more of the cutting, jumping, explosiveness stuff that I’m still working on.”

Michigan lost three times to Michigan State last season, and the first meeting of 2019-20 was a convincing victory for the Spartans. Michigan State, however, is only 4-4 since that game. After being ranked No. 1 in the nation in the preseason, the Spartans could still have a great season, but like Michigan, they’re scuffling a bit.

After the loss to Penn State, Izzo lashed out at people for going after his players on Twitter.

“We’re still 16-7, we’re not 5-20,” he said. “It’s despicable some of the things that have gone out there to some of our guys who have given more to this place than most of those alums or people who are sitting behind a chicken keyboard. ... I get paid a lot of money so take your shots at me. Don’t take them at a kid who’s a 3.7 student who’s given more to this university than most of those people have.”