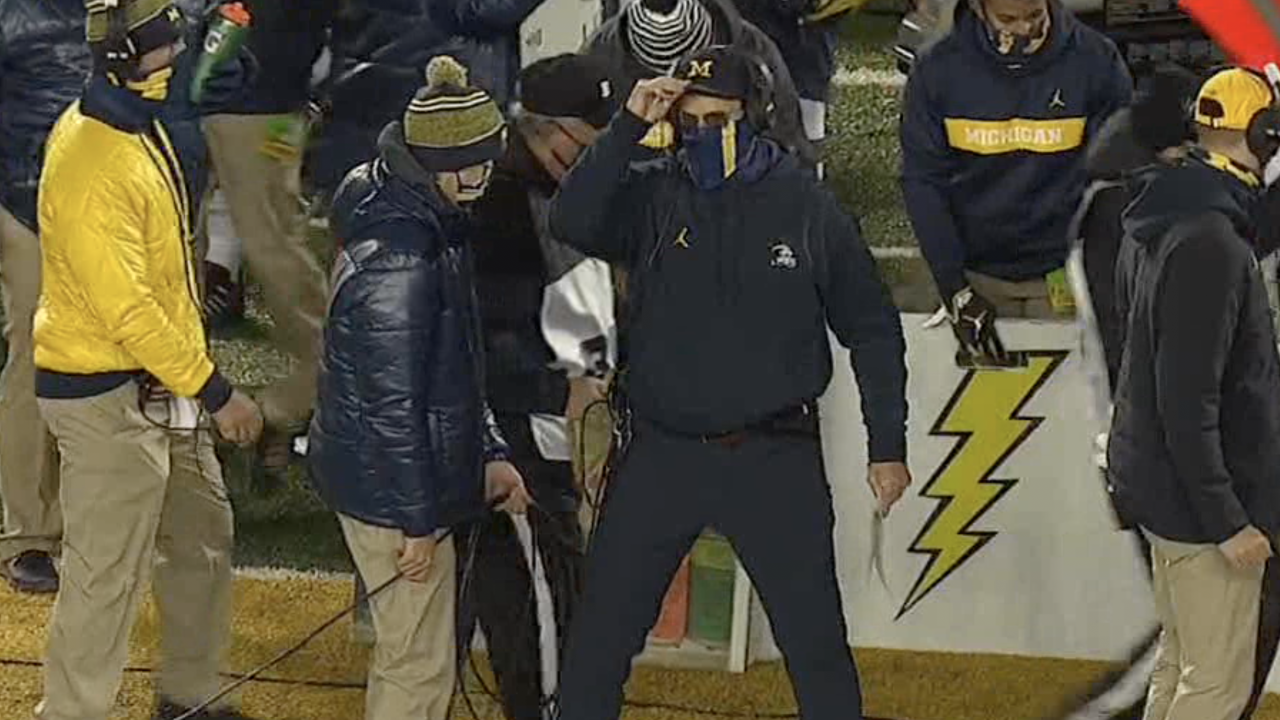 ESPN / ABC
Jim Harbaugh coaches on the sideline during Michigan's win over Minnesota on October 24, 2020.

Does the color of his pants matter?

But it's fun (for some) to talk about.

Harbaugh shared his reasoning with WXYZ on Monday.

"You don't want to become like stale bread, over-ripe fruit, or burnt meat," he said.

Yes, Jim Harbaugh wore blue pants on Saturday. Years after I introduced him to @lululemonmen pants, he shared with me his reason for making the latest wardrobe change.

"You don't want to become like stale bread, over-ripe fruit, or burnt meat," he said. pic.twitter.com/422AYXfqcn

ESPN's Maria Taylor noticed Harbaugh was wearing blue pants during the win over Minnesota, but waited until the second half to say it on the broadcast. Kirk Herbstreit and Chris Fowler had fun in the moment.

Back in 2016, Harbaugh made the switch from his traditional pleated khakis to lululemon men's pants.

During our weekly 'Inside the Huddle' conversation with Harbaugh, WXYZ's Brad Galli told the coach in 2016 about the ABC pants from lululemon. He mentioned Ernie Harwell used to give his guests a gift during his radio interviews. So the following week for the TV interview, Galli brought Harbaugh some of the lululemon pants.

The rest is relatively well-known history.