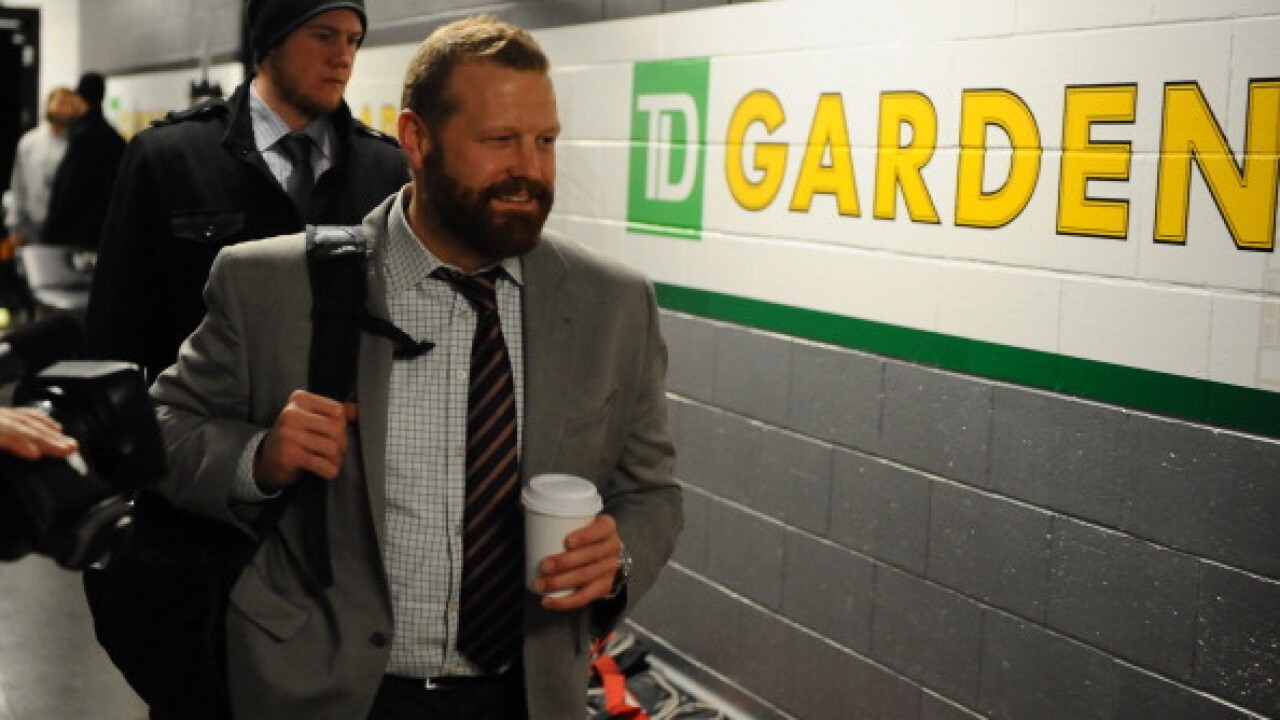 Washington — Doctors told Tim Thomas that two-thirds of his brain were getting less than 5 percent blood flow and the other third was averaging about 50 percent.

His wife, Melissa, and oldest daughter, Kiley, started crying. Thomas didn’t react — because he couldn’t process what he was hearing.

“I couldn’t believe it because I couldn’t function well enough to understand it,” said Thomas, a native of Davison, near Flint.

Now years removed from the goaltending career and the concussions that caused so many problems, Thomas on Thursday detailed the brain damage that derailed his life. He wrestled with the positive memories of winning the Stanley Cup with the Boston Bruins in 2011 as playoff MVP, his love of the game and the effects that playing in the NHL had on his brain.

Before being inducted into the U.S. Hockey Hall of Fame, Thomas got choked up discussing the past several trying years and his long road to being able to talk about his problems. He is better now but still isn’t close to normal.

“What is normal, right?” Thomas said. “I wake up every day and basically I have to reorder everything in my mind for the first couple hours of the day and then make a list and try to make some choices to get some stuff done, which I’ve gotten to the level that I can.”

During his NHL career, Thomas was considered somewhat mercurial, which is not unusual for goaltenders. He was criticized for not visiting then-President Barack Obama at the White House with his teammates after the Bruins won the Cup.

Now 45, Thomas is still coming to grips with head injuries and one concussion from December 2013 that he said “changed my life.”

“I woke up the next morning after it, and I couldn’t decide what I wanted to eat, where I wanted to go,” Thomas said. “I couldn’t plan a schedule. I survived by following the team schedule the rest of the year and just made it through that season.”

He then hung up his skates.

Thomas struggled to communicate with anyone, let alone watch hockey, in ensuing years. He couldn’t keep up with games, and he moved with his family to the woods to get away. He didn’t talk to his former teammates or even call his father.

The brain scan occurred a year after his retirement, and his thoughts wandered to his career and the hits he took to the head.

“My rebound effect was like, this wasn’t worth it,” Thomas said. “That’s where I was then. Where I am today is past that. I ended up learning so many lessons out of the experience. It brought me tighter with my family. It taught me a value for life and a value for my brain that I’ve never had before. And I have appreciation for everything that I never had before. I don’t regret anything.”

Thomas on Wednesday attended his first NHL game since retiring and got to see some old Bruins teammates and friends behind the scenes. He’s not interested in getting involved with the game again in part because he thinks of the damage it caused him.

NHL commissioner Gary Bettman, who was inducted into the hall along with Thomas, said the league has taken steps to prevent and reduce concussions.

“We’ve put a tremendous amount of effort in diagnosing protocols, return to play protocols, making sure players are educated, changing the culture of the game so that players know that it’s OK to say, ‘I’m having symptoms,’” Bettman said. “We want to make sure that we’re doing everything possible, that we’re staying on top of the medicine and the science as it’s being told to us to make sure we’re diagnosing and treating appropriately.”

Thomas didn’t criticize the league or the players’ association for the concussions or the damage they caused. He said he has spent time learning about ionized water that has improved his symptoms and turned his old competitive juices toward learning about his brain and how it functions.

It was still a struggle simply to tell his story.