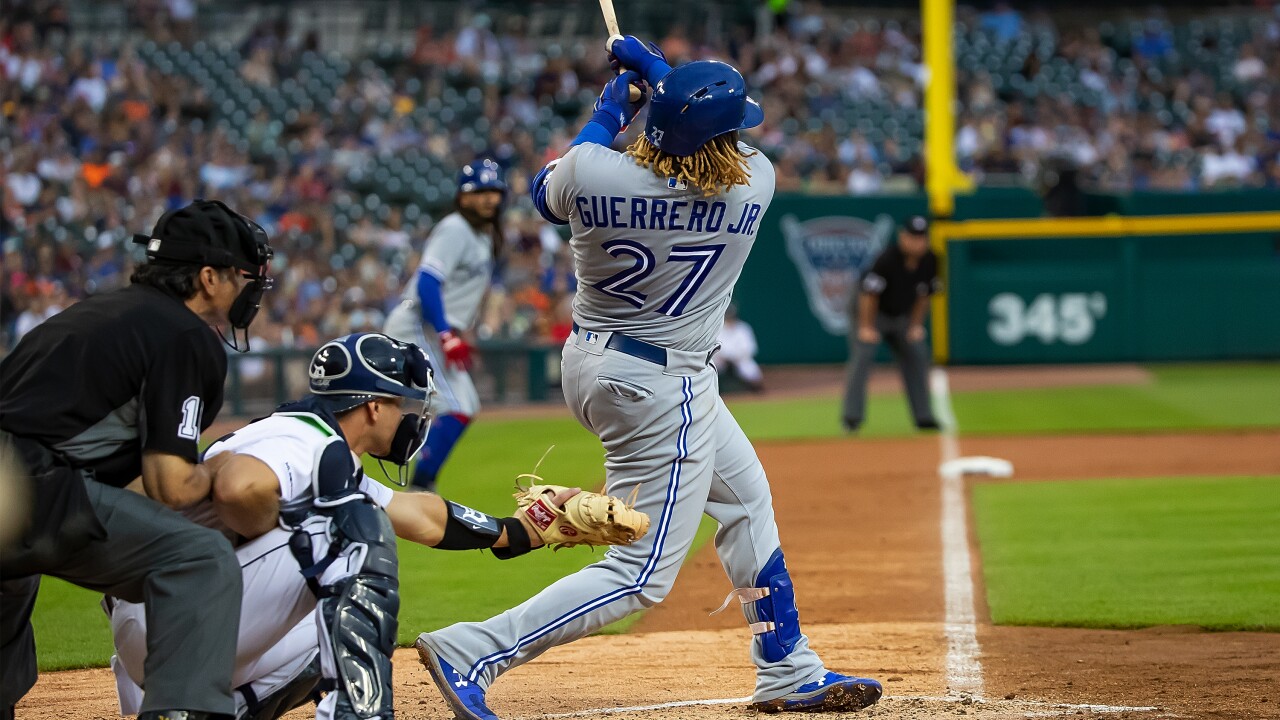 DETROIT (AP) — Vladimir Guerrero Jr. hit his first career grand slam, a 441-foot drive toward the bushes at Comerica Park that helped the Toronto Blue Jays rally for a 7-5 victory over the Detroit Tigers on Saturday night.

Guerrero’s home run erased a 5-1 deficit in the fifth, and Brandon Drury added a two-run shot an inning later to put Toronto ahead. Niko Goodrum and John Hicks went deep for the Tigers, who are 7-33 since the start of June.

Goodrum’s two-run homer in the second gave Detroit a 3-1 lead, but a 59-minute rain delay in the fourth knocked out both starting pitchers.

Wilmer Font (2-0) came on in the bottom of the fourth and gave up a two-run homer to Hicks that put the Tigers up by four, but Gregory Soto (0-4) gave away the advantage quickly. Toronto loaded the bases in the fifth, then Guerrero hit his home run a bit to the left of straightaway center. It was the ninth homer of the season for the rookie slugger, who had three hits in a win Friday and two more on Saturday.

Drury’s homer gave the Blue Jays the lead, and the Tigers didn’t score again off the Toronto bullpen. Ken Giles struck out three in the ninth for his 14th save in 15 chances.

Detroit has lost 27 of its last 30 home games that were played to completion. There was a suspended game May 19 — and the Tigers were losing that one, too.

Tigers: Before the game, Detroit put RHP Spencer Turnbull on the 10-day injured list, retroactive to Thursday, with an upper back strain. The Tigers recalled Soto from Triple-A Toledo. ... RHP Michael Fulmer, out for the season after elbow reconstruction, was in the clubhouse before the game. He said he wanted to pay his teammates a visit, but he’s still just trying to build strength while recovering from his injury. Fulmer said he might be able to play catch in October or November.

Tigers: Had not announced a starter for the series finale.