Brent Hibbitts made a basketball video at his house 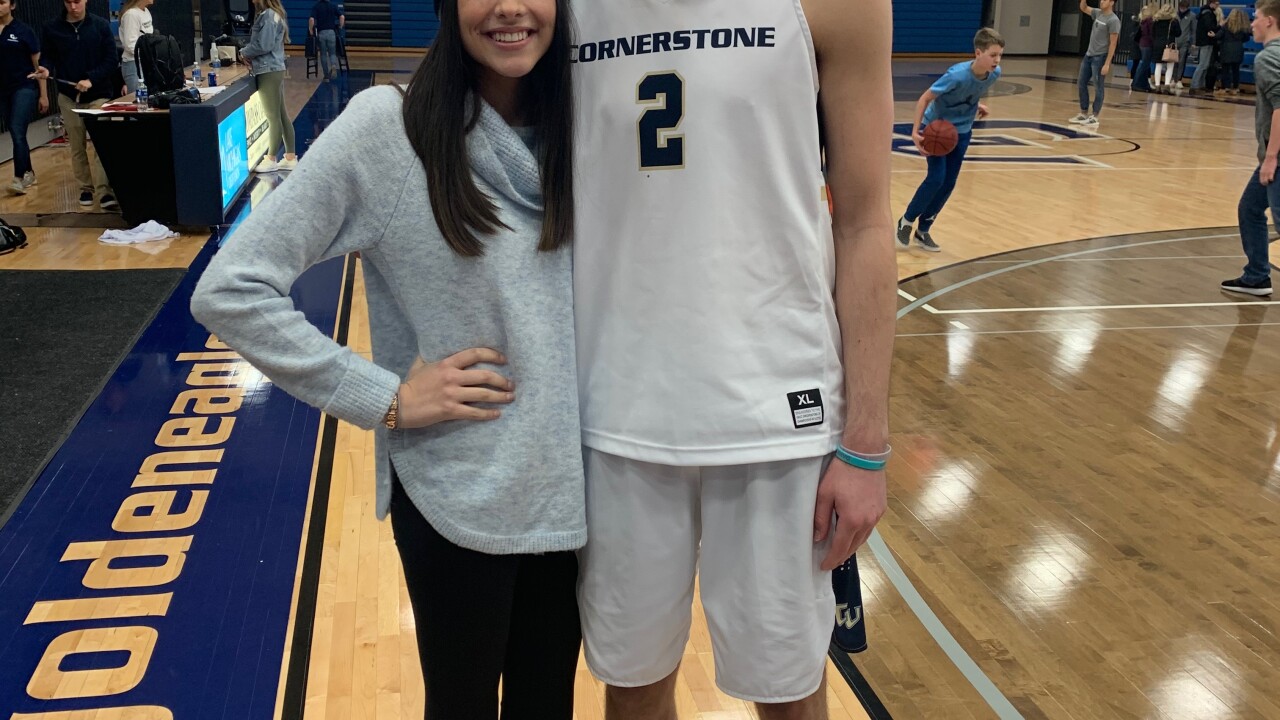 Former University of Michigan and Cornerstone men's basketball player Brent Hibbitts created an in home skills test and posted his video to Instagram.

"I saw it on Instagram, Trae Young started the in-house challenge," Brent Hibbitts said. "His was like a three-point contest and I wanted to do something mainly because I was bored so I decided instead of doing a three-point challenge I was going to do more of a skills challenge."

His 17-year-old sister Brooke helped him set up and filmed the video.

She has synovial sarcoma, a rare form of cancer and had surgery late last week as part of her treatment.

"This was actually the day before her surgery," Brent Hibbitts said. "So this was kind of a way for me and her to spend time together and also keep her mind off the surgery the next day."

Brent said that her surgery went well, but he has been unable to see her since the procedure.

"Actually because of the coronavirus they are only letting one visitor at a time and my mom has been there the whole time," Brent Hibbitts said. "So I haven't seen her in person yet and she will be there for a week but I was able to FaceTime with her yesterday and she was doing well."

Handwashing, a face mask and disinfecting are all part of the video. It illustrates how careful they are being in the Hibbitts household.

Brent Hibbitts said he had been feeling under the weather and hadn't seen Brooke in awhile before making the video.

"Basically I didn't see her for that whole week because we couldn't risk anything with her immune system being compromised," he added. "This was one of the first times we saw each other. Even then if we were setting up something we had to wash our hands or use hand sanitizer before we touched the same basketball or things like that."

Brent Hibbitts finished his college eligibility earlier in March, but he is hoping to pursue a pro career at some point in the future.