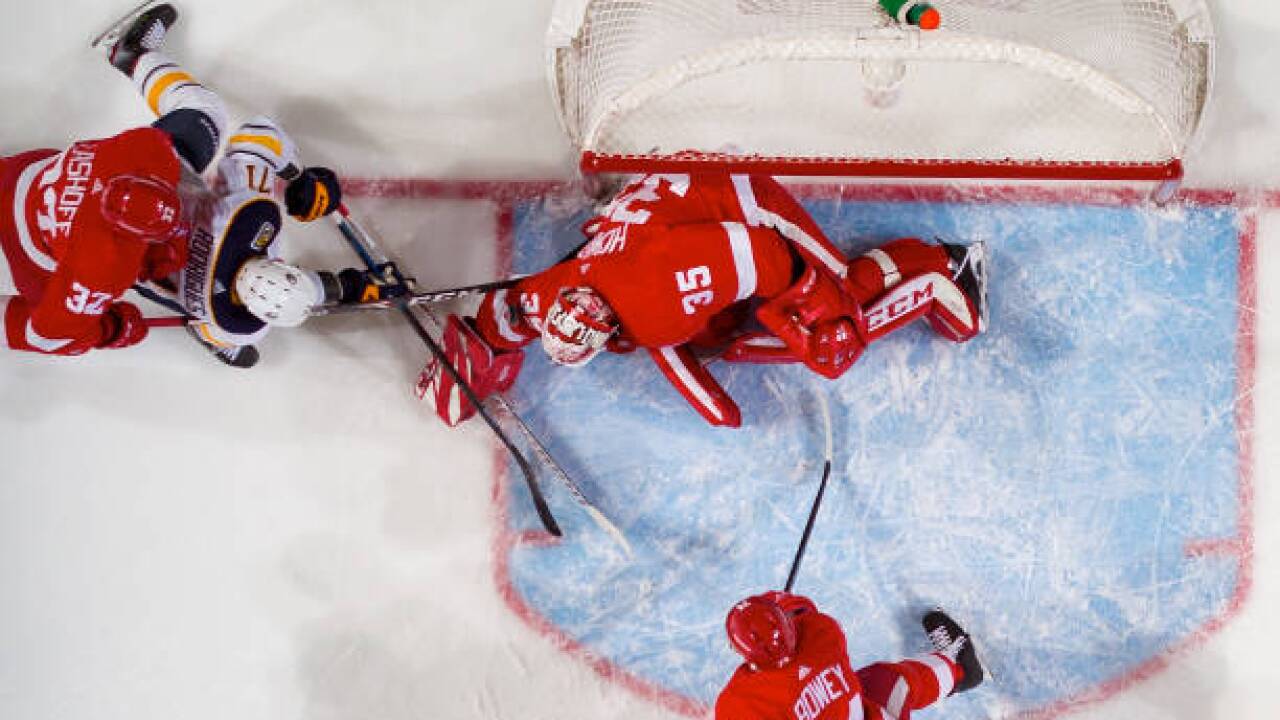 DETROIT (AP) — Evan Rodrigues scored twice in the first 5:00, and the Buffalo Sabres cruised to a 5-1 victory over the Detroit Red Wings on Sunday.

Rodrigues entered with no goals in 25 games this season, but he ended that drought with a couple quick tallies against the Red Wings. Zemgus Girgensons also scored in the first period for the Sabres.

Buffalo also got goals from Zach Bogosian and Rasmus Ristolainen, and Linus Ullmark made 21 saves.

Madison Bowey had the only goal for Detroit. Jimmy Howard had 22 stops.

The Red Wings (12-31-3) have by far the worst record in the NHL. They actually came in with a modest two-game winning streak, but Detroit couldn’t overcome its poor start in this one.

Buffalo scored at even strength, on the power play and while short-handed in the first. Rodrigues opened the scoring from the slot at 2:39. He added another goal on the power play when he jammed at the puck from the left doorstep and it popped past Howard’s stick and in.

Girgensons scored short-handed after Detroit’s Robby Fabbri went sprawling to the ice trying to keep an errant pass inside the blue line. Girgensons skated to the loose puck and went the other way on a breakaway.

Bowey beat Ullmark with a wrist shot from the top of the right circle in the second period.

Bogosian restored Buffalo’s three-goal advantage when he scored his first goal of the season with 17:25 left in the third. Ristolainen added a power-play goal 65 seconds later.

NOTES: The Sabres now have wins in five straight visits to Detroit. It’s the second time in franchise history they’ve done that. They also had a five-game streak from Oct. 25, 1979 to Dec. 12, 1981.