Eastern Michigan, Kentucky seek faster start when they square off 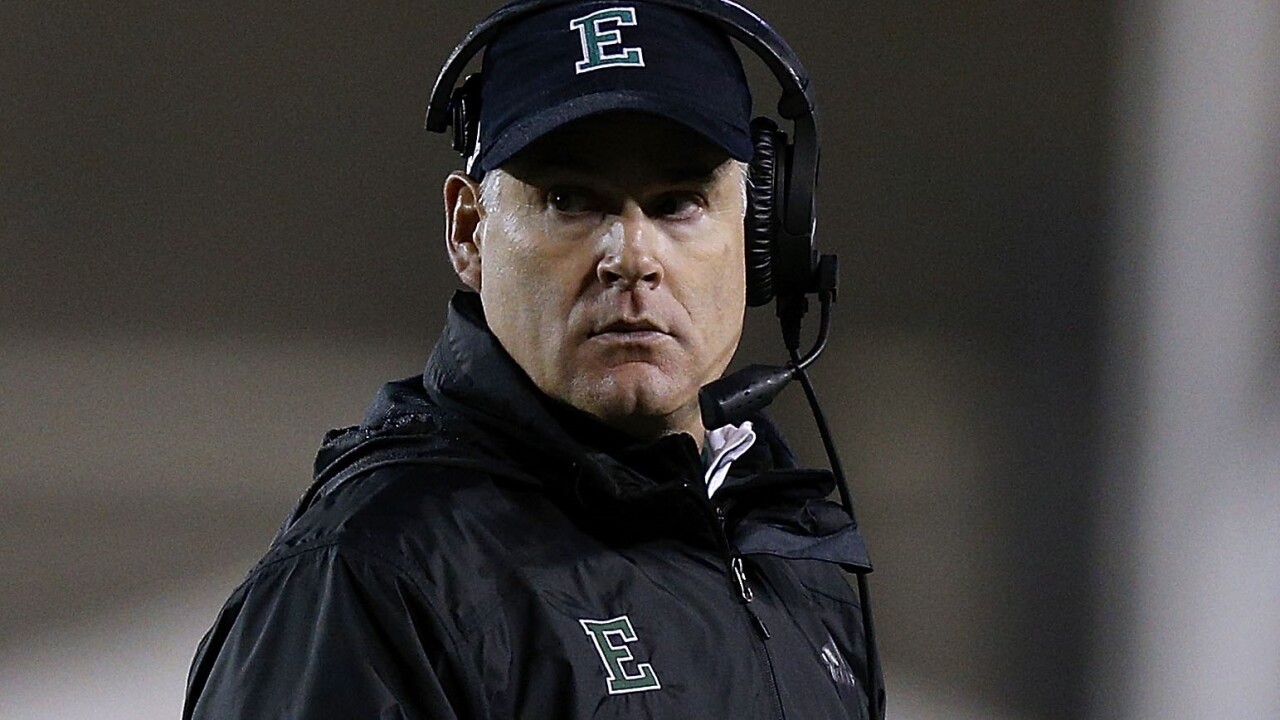 Kentucky (1-0) is coming off a 38-24 victory against Toledo in which the Wildcats had to rally twice by halftime. The Wildcats never trailed after that but needed two fourth-quarter touchdowns to seal the victory.

That has the team determined to take charge much sooner on Saturday night.

"If we do the little things right and get off to a good start, we can move the chains," Kentucky coach Mark Stoops said. "And then big things can happen."

EMU (1-0) can identify with Stoops' comments after battling back to beat Coastal Carolina 30-23 behind a huge performance from quarterback Mike Glass III.

Trailing 13-7 at halftime, the Eagles scored 16 third-quarter points as Glass ran for a touchdown and passed for one of his three TDs. The senior was near perfect throwing the ball as he completed 20 of 22 attempts for 188 yards. Eight receivers caught at least one pass.

Good as that was, EMU coach Chris Creighton said his team's need to rally requires improvement in all phases against Kentucky.

"We weren't as sharp as we're going to need to be," Creighton said of facing the Wildcats. "They're very talented, very good and we've got our work cut out for us."

Some otther things to watch as Kentucky hosts Eastern Michigan:

Mike Glass' performance against Coastal Carolina set an EMU record for completion percentage (91%) and earned the QB honors as MAC West Co-Offensive Player of the Week. The senior enters the contest with a five-game streak without an interception dating back to Sept. 18. Glass is 61 of 86 (71%) passing with seven touchdowns in that span.

"We put a lot on him and he can handle that," Creighton said. "We protected him pretty well for the most part and he had zero drops, so all of those things worked together."

"He's got some technical stuff he's still working on, but he's a huge target," offensive coordinator Eddie Gran said. "When camp ended, the confidence we had in him (is why) he became the starter."

Kentucky was even with Toledo in takeaways (two) and points scored as a result (10). That left room for improved ball protection this week, especially against an Eagles secondary that intercepted four passes at Coastal Carolina. EMU finished plus-3 in turnover margin against Coastal Carolina but aims to take advantage better after managing just a field goal off its takeaways.

EMU will mark Kentucky's second consecutive game against the Mid-American Conference. The meeting is the series' first since the Wildcats beat the Eagles 24-20 in 2017. Kentucky enters the game with an 11-game winning streak against the MAC and is 21-3 lifetime against the current alignment.